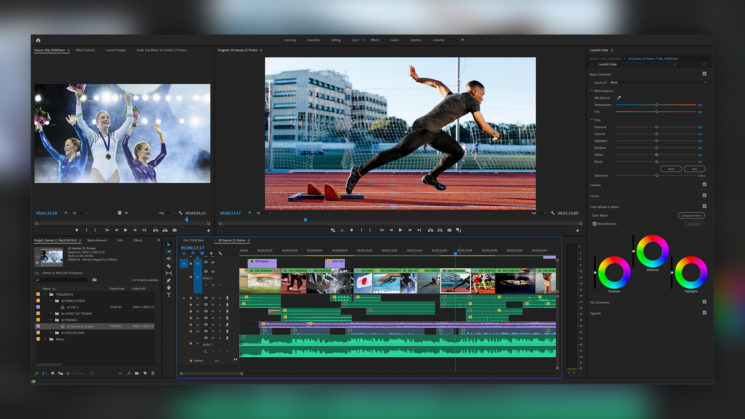 Adobe has announced some nice upgrades for Adobe After Effects and Premiere Pro as part of a major Creative Cloud video tools update. Premiere Pro sees new workflow and performance increases, along with support for Rec2100 HDR editing. After Effects gets new 3D Transform Gizmos and camera navigation tools.

Aside from the performance benefits that come along with the new version, the two biggest features are the Scene Edit Detection and Quick Export. The Scene Edit Detection lets you drop a long finished clip on the timeline and Premiere Pro will automatically chop it up into individual chunks on your timeline – one for each clip. It’s a feature that DaVinci Resolve has had and that Premiere Pro users have been asking after for a long time.

The Quick Export feature is currently in public beta, but allows you easy access to the most popular and frequently used export settings from the menu bar in Premiere Pro to let you quickly render out h.264 with matched source settings or choose from a selection of presets.

Premiere Pro now also allows editors to create Rec2100 HLG HDR projects for working with HDR broadcasters and devices. While this likely won’t affect most of Premiere Pro’s user base, tending to favour the broadcast industry a little more, it will allow Premiere Pro users to open up their options to a few more potential clients.

For After Effects, the new features are in Beta – which you can try yourself. The major update is a new 3D Gizmo. Designed to help speed up the compositing, animation and motion graphics workflow, it allows you to navigate your scenes more quickly, scale, position and rotate layers with a single gizmo. You can also switch between individual modes to focus on a specific task.

When it comes to performance, both After Effects and Premiere Pro see new levels of performance. After Effects’ channel effects are now GPU-accelerated, offering up to 1.65x faster performance for Minimax, Shift Channels, Set Channels and Channel Combine, as well as a 3x performance boost with OpenEXR previews.

Premiere Pro gets improved performance with CST3 and Audio Unit Plugins (so does Audition) allowing scanning with third party audio plugins is now up to 10-15x faster. For you interview and event editors, ProRes multicam performance has doubled, to speed up those editing workflows.

« The V200MICRO has 200WH, a reversible D-TAP and a tiny flashlight
GoPro Hero 9 officially announced: Yes, it has color vlogging screen and 5K30p video »