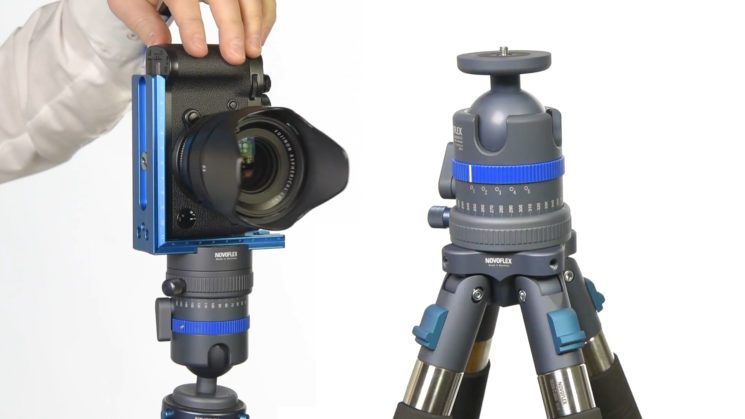 Novoflex have just announced some new ClassicBall ball heads and they look pretty interesting. Why are they interesting to me? Well, they’re reversible. This means that you don’t have to shots that go off-level when you pan. Great for video and landscape shooters.

The new ClassicBall comes in three sizes for different load capacities. They have a tension adjuster, as well as a greaseless design, which should make maintenance a doddle. They have three 90° notches in them instead of the typical single slot. Although, they’re not exactly cheap.

I use ball heads quite often on things like sliders, suction cup mounts, etc. But for tripods I often tend to avoid them. I shoot stills on location where the ground isn’t exactly level, and I also shoot video. On a tripod I find that ball heads often present more problems for me than they solve. If you want to slide on a slider, they’re great. They stay level the whole run. But if you need to pan on a tripod, they don’t.

Even for stills, if you want to make a stitched panoramic, for example, ball heads are a pain. Right now, I often use video tripods with bowl heads for stills on location due to this reason. Level the bowl, and if I’m shooting a panoramic, I can just pan the head and all the shots are lined up. Video pans also stay level the whole way through the shot.

A reversible ball head, though, means that I could ditch the big clunky video tripod when I’m only shooting stills and use something a little more manageable. With the rotating section of the head directly below your level camera, and not on top of the wonky tripod top plate, they’ll be level for the whole pan. 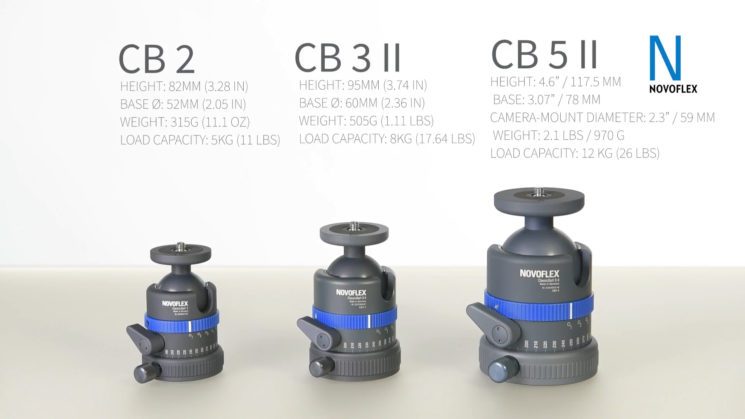 They come in 3 sizes, each with a different load capacity.

Each head has a removable thread on the top, which turns it into a standard 3/8-16″ tripod socket mount for placing upside down. The screw you just removed can now be placed into the bottom (now the top). Onto this you can attach a quick release plate.

This versatility doesn’t come cheap, although having owned several Novoflex products in the past, they’re probably worth every penny.

I do find it curious that the CB3 II costs less than the CB2, given that it has a higher load capacity. But, still, they’re a little out of my own price range for now. Perhaps, though, if my video tripod ever dies, I’ll take the plunge.

If you want one for yourself, they’re available now at the links above. Or if you want to find out more information, check the Novoflex website.