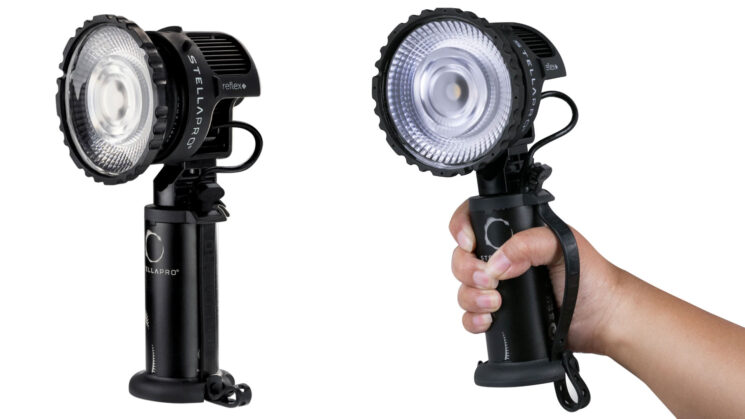 Well, this is an interesting looking light. I’m not sure about its claim of being “The First True Continuous Strobe Hybrid”, but it’s definitely interesting. It’s the SteallPro Reflex from Light and Motion and on paper, it looks quite impressive. It’s certainly not cheap, but it seems to fulfil some unique use cases that other lights may not be able to satisfy.

There are two models. The Reflex and Reflex S offer up to 9000 Lumen output depending on your power source. They’re IP65 rated, meaning they’re completely dust-tight and are protected from “low-pressure jets” of directed water. They’re also drop-proof, D-Tap compatible and accept Bowens, Chimera and Profoto modifiers.

These speeds sound all very fast until you compare it with the fact that speedlights and many strobes can reach flash durations of 1/10,000th of a second and shorter. Of course, at those sorts of durations, you’re at very low power levels. Once you power up speedlights and strobes to match the flash durations of the two Reflex models, who would win in sheer light output remains to be tested. but it’s something to research before you decide which route you go.

But what makes the Reflex models stand out from those speedlights and strobes, though, is that it’s also a pretty powerful continuous light. You get 18,000 lumens (around 64,000 Lux @ 1m) in burst mode when using it as a flash and 9,000 (around 32,000 lux @ 1m) when using it in continuous mode. And you can attach it to modifiers from Chimera and Profoto, as well as those with a Bowens mount. 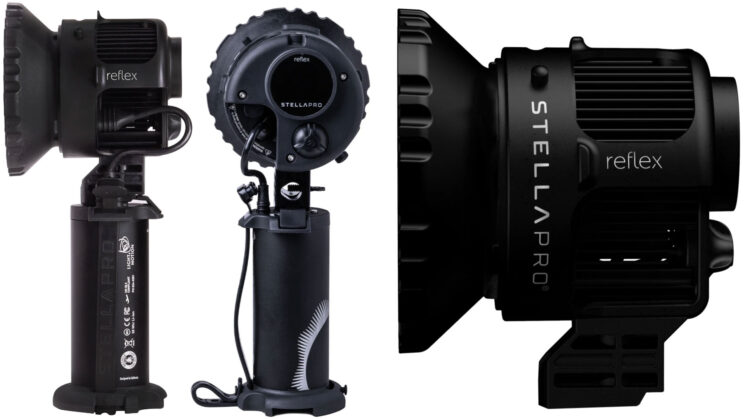 Keeping up with 20 frames per second continuous shooting is also something that most speedlights and more traditional strobes are also unable to handle – at least not without overheating. Some can definitely do it, but you are risking it being down half the time while you wait for it to cool off. It also supports high speed sync and stroboscopic modes for longer exposures.

As to its claim of being the “first true continuous strobe hybrid”… Well, what makes it “true”? Because we’ve kinda had lights like the Godox FV150 and FV200 which are also hybrid continuous/strobe lights with a Bowens mount. And sure, they’re not exactly portable and you can only run them on AC power, but for better or for worse, there’s also the Rotolight Neo 2. Of course, the Neo 2 is much less powerful.

So, what makes this more of a “true” hybrid than the others? Well, I’m not sure, really. but it does have the benefit of letting you take a fairly decent amount of light on location away from the plug sockets using battery power and works with your usual lighting modifiers with Chimera, Profoto or Bowens mounts, which is definitely a handy thing.

Interesting looking lights, but kinda pricey. Are they really worth it vs what’s already out there? Personally, I think your money would be better spent just buying dedicated lights each for photography and video.