The Sennheiser Memory Mic isn’t all that new. It was released last year, but this is the first chance we’ve had to see and talk to somebody about them in person. So, at IBC 2019, that’s exactly what we did. It’s a neat little device, which clips onto your subject, records audio internally and then wirelessly transmits it to your phone.

Designed primarily for smartphone vloggers and video creators, the Sennheiser Memory Mic has a built-in recorder. The internal memory inside the Memory Mic allows you to keep recording for up to four hours. Once your recordings are complete, you just connected it up to your smartphone or tablet, and the Sennheiser app transfers everything over.

A timecode is synchronised between the Memory Mic and your smart device, so once the Sennheiser app transfers everything over, it matches it up to your video and automatically swaps out the sound. There’s now also some early Filmic Pro integration happening, which should be coming soon to the public version. 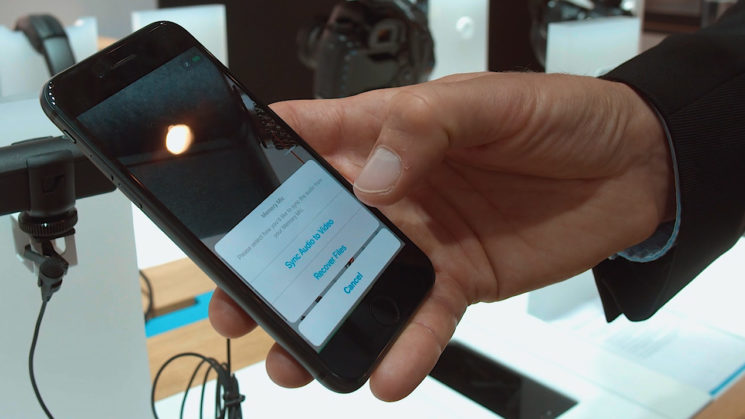 In order to communicate with each other and keep everything coordinated, the two devices talk using Bluetooth. When it comes time to actually transfer the files, though, WiFi is enabled and connected on both devices to do the heavy lifting of those audio file transfers.

It’s a pretty neat device for the smartphone vloggers.

The Sennheiser Memory Mic is available to buy now for $199.95.

« How to set up the DJI Ronin-S on a Steadicam with the Steadimate-S
Canon EOS R firmware update 1.4.0 brings improved AF and other upgrades »