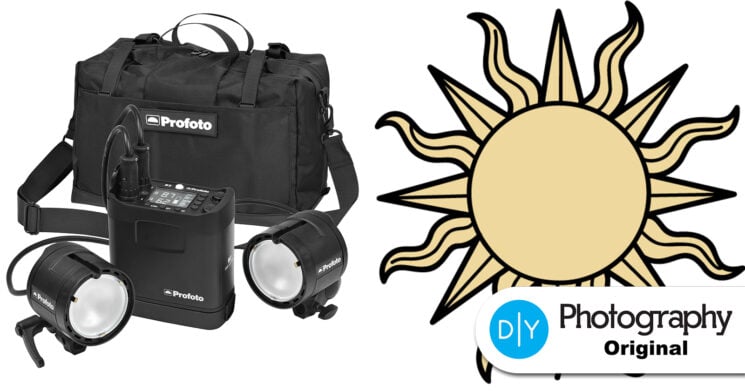 Many photographers often like to pick between flash or natural light. For some reason, they avoid mixing the two. It actually goes to the extent that some photographers will declare themselves as either a natural light or an artificial light photographer. It almost seems like these two are separate worlds that have little in common. Yet, how different is a flash from natural light after all? Isn’t light just light no matter the source? Let’s find out.

Let’s define light to help us explore this concept deeper. Light, in its simple form, is a wave or a particle (depending on your quantum physics knowledge ;). School textbooks would say further that it propagates at different wavelengths and hence has color. In complex terms, light is the ingredient that enables us to see things. No light – no picture. The way light reflects off surfaces allows us to differentiate between them visually. For example, sunlight will make rocks look jagged, therefore we will know that that particular material is a rock with sharp edges. NO extra information is required. Flash, in a similar fashion, will help to reveal the smoothness of chiffon or specularity of vinyl sunglasses. 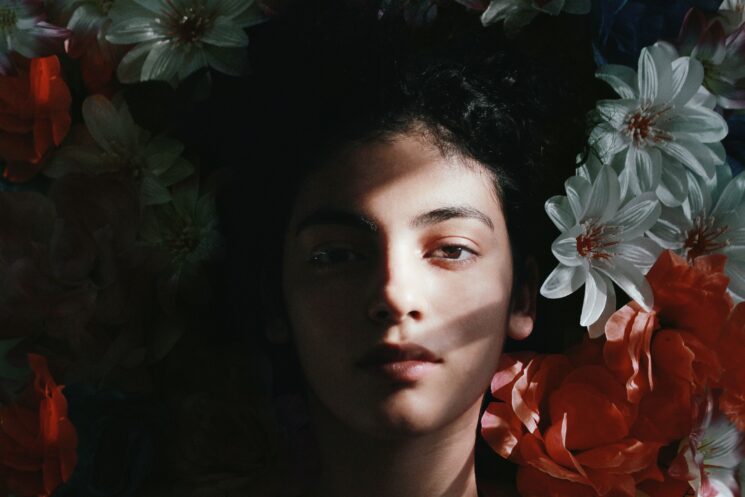 What is Natural Light?

My goal is to make these explanations as simple as possible, so I am keeping it at a high vantage point, feel free to add to my explanations in the comments. Natural light is light that’s strictly coming from the sun. Now, there are a lot of different “natural lights”. From harsh sunlight through diffused pink evening fill to the light that’s coming through the window. However, pure sunlight will always be hard light. It’s also fairly cold. This is because the sky is a giant blue panel that cools it down. The eye is trained to see this as pure white daylight. 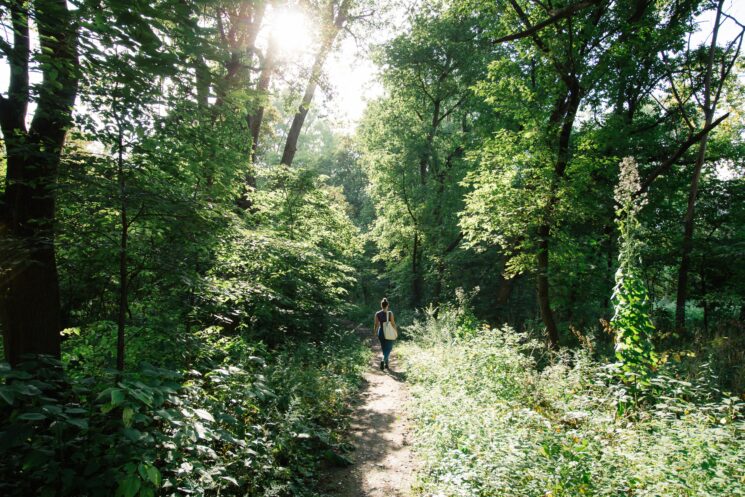 Flash is an electronic device that gives off bright bursts of light. It works by using capacitors that produce high voltages and trigger a flashbulb. A flash lasts only fractions of a second but produces a very bright light. In principle, bare-bulb flash is a point-light source that follows the inverse square law (using big modifiers changes that). In relation to most subjects, a flash is a very small light source, and as we know it will produce a hard light. Well, any point-source would. Flash is commonly daylight-balanced. That said, some brands struggle to keep consistency between shots. 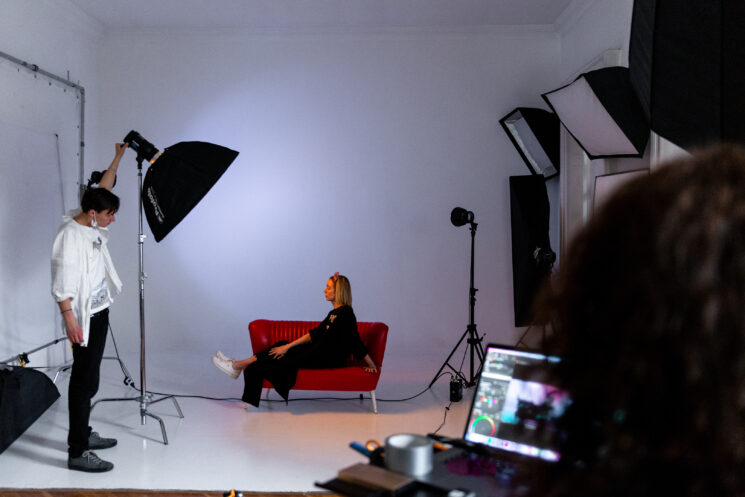 Flash and Natural Light are inseparable

My descriptions of the two seemingly different types of light are made to show the two to be quite similar. Both the sun and a bare bulb flash are simply light sources that produce hard light. Light, no matter the source, is still the same thing. It may be a different color or it may be brighter or dimmer, but Light is Light. (If you’ve been in the photography community for a bit, this is not the first time you are hearing that). Combining flash and ambient, in the simplest terms, is an art of simultaneously exposing light sources of different power and color.

Sunlight is readily available in your nearest street A.K.A “daylight studio”. Some find it easy to work with, as there’s not much you can do with to modify it. (maybe a simple scrim or a flag, but those are big and bulky). The appeal is clear, but that method is rather lazy. Sunlight is only as good as the weather made it on the day. This won’t cut it on most shoots where the crew couldn’t care less about the presence or absence of sunlight. Many outdoor-looking commercials are actually done in studios for convenience. Hence, a photographer must be able to light in a “natural” way by using flash. Luckily, light is light so that doesn’t present a great theoretical challenge. 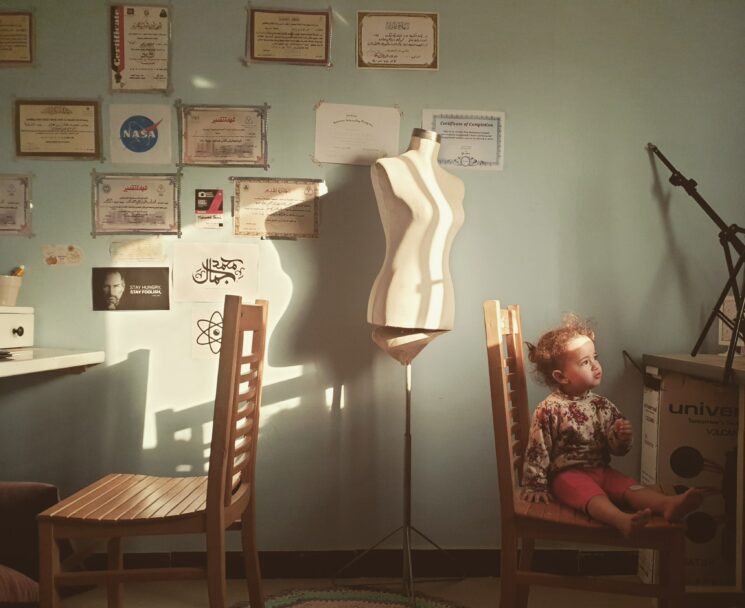 Although light is light, as photographers we must understand certain limitations and benefits of natural and flashlight.

Besides being quite unpredictable, natural light can also be hard to modify as you can’t simply change where the sun is shining from. This can limit composition as well as restrict the ability to fill in and create special effects. All in all, natural light often limits sculpting. In order to modify it, you need large scrims, flags, and other devices. A drawback to using natural light is that it always changes direction and sometimes quality. Picture a sky with uneven cloud coverage: one moment you have hard sunlight and other soft cloud-covered light.

A benefit of natural light is that it is extremely powerful, which allows capturing fast action without worrying about potential blur. Another pro of using natural light is the cost. Absolutely zero! Actually, natural light can create interesting patterns, especially in the city. Those can be used as part of composition for a portrait or as a backbone for a successful street shot. It would take a lot of flashes and bags of money to create a lighting pattern on such a large scale. 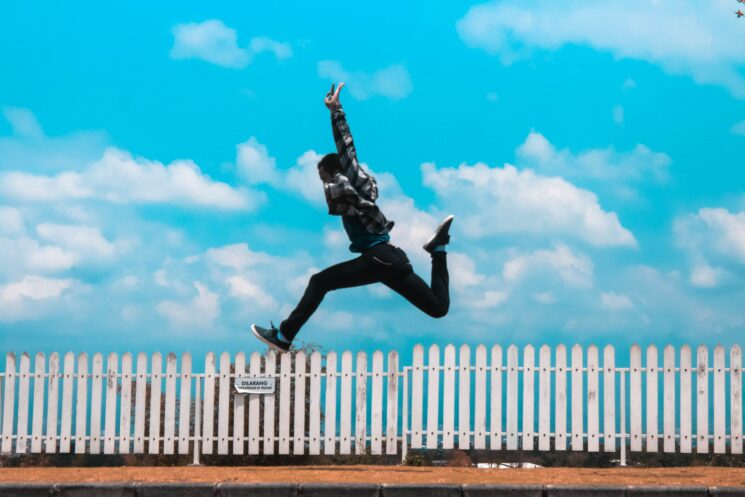 When photographers use flash they are often faced with power limitations. It seems like there’s never enough power, no matter the Watt-rating of the flash. 2400W is plenty? Well not if you ask people who use 4800W Heads with two 2400W packs. Moreover, the higher you go on the power setting the longer the flash duration becomes. This can introduce unwanted blur in your photos. Lastly, flash units are expensive.

Although there are clear drawbacks to using flash over natural light, the pros outweigh the cons for most photographers. Flash allows more creative control over light, it also lets you add extra light sources and finally use specialized modifiers with unique characteristics. The right light setup can trigger subconscious allusions to movies, particular eras, so on. 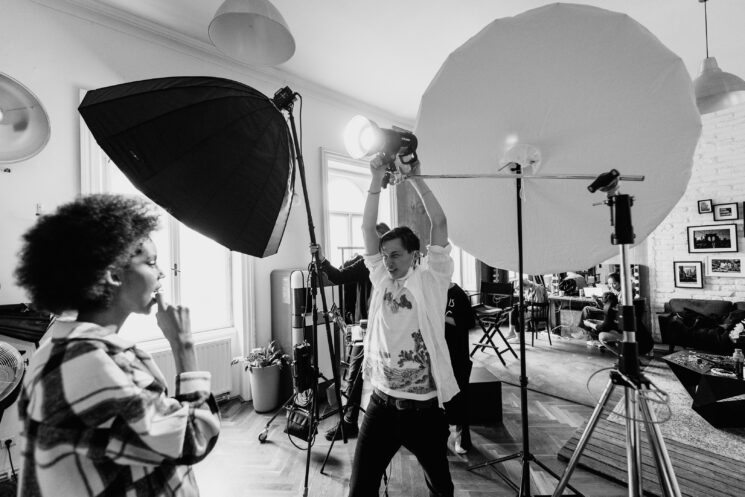 Photography, in its essence, is painting with light. No matter the genre you work in, light is the reason you can get a picture. Differentiating between natural and artificial light is, to say the least, unwise. This limits creative control as well as possibilities that you have as an artist.

This short movie shows the difference between diffused, double diffused and hard light