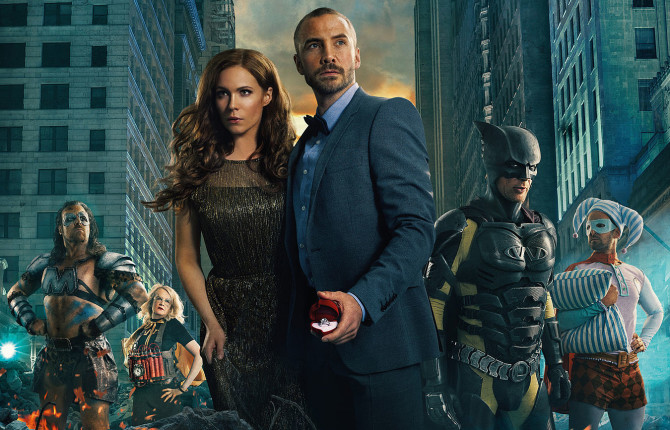 About a month ago I was contacted by a production company called Woodpecker Films and they asked me if I’d be interested in photographing the official poster for this year’s Helsinki International Film Festival – Love & Anarchy. I’ve always been intrigued by movie posters, so saying yes to a project like this was a no-brainer.

But things got even more interesting when I was briefed with the concept of the short film-advertisement that I would be shooting the poster for. Director Anssi Määttä and screenwriter Antti Tuominen were determined to create the first superhero-movie to come out of Finland. 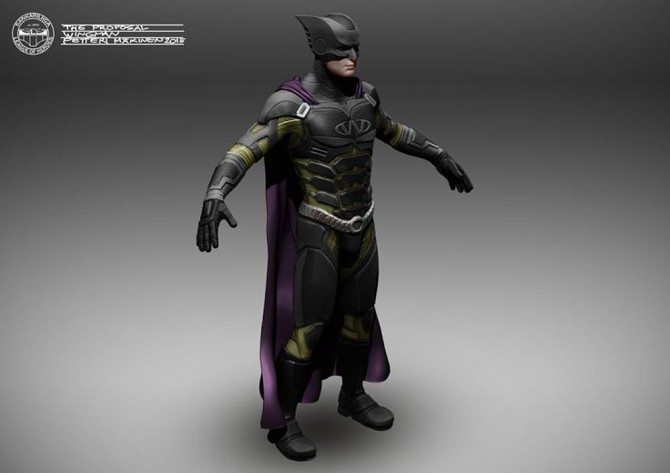 Who wouldn’t want to shoot superheroes – “This is going to be the coolest photo shoot ever”, I thought to myself, and I must say that it truly was just that. Before we go deeper into explaining what went into the planning and executing this shoot, lets take a look at this epic making of-video from the photo shoot (Making of-video shot and edited by Jouni Jones Lehtonen):

I started out the planning process by creating a mood board of superhero-themed movie posters. The Avengers, Dark Knight, Captain America, Man of Steel… I wanted to see how people before me have worked out the lighting and posing in these types of images. Once I had the overall idea of how the poster would look like, I contacted my friend and retoucher Hannes Honkanen and asked if he’d be interested in collaborating with me on the project. This project was so cool that it didn’t take long to convince Hannes to jump along and together we started drafting out the final look of the poster.

Then came the day of the shoot. This was going to be a combined film- and photo shoot, as we were working with some of the biggest and busiest actors in Finland. While the production company was working on their film-set, me and my team were working on ours. We had scheduled everything so that we’d have about 20 minutes with each actor. This meant that we had to have all our lighting setups and poses figured out before the actors arrived on set. 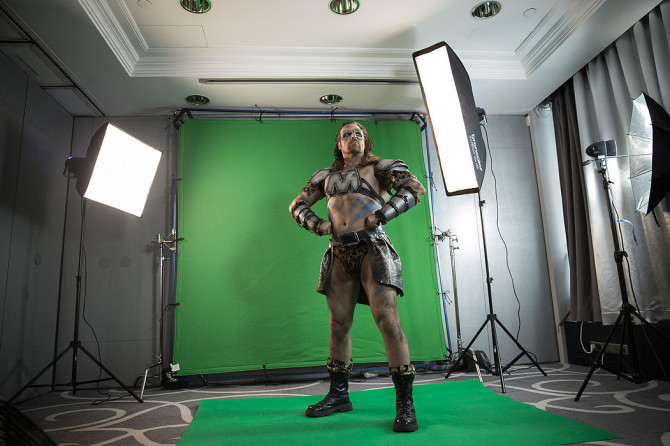 I sketched out a few lighting plans, based on the mood boards and our plan for the poster, and we started to build our set around these lights. We shot all the actors separately in front of a green screen, and then composited them all together into the final poster.

For the official poster we shot all the actors in the same exact light and angle (camera on a tripod), in order to keep the composite as realistic as possible. 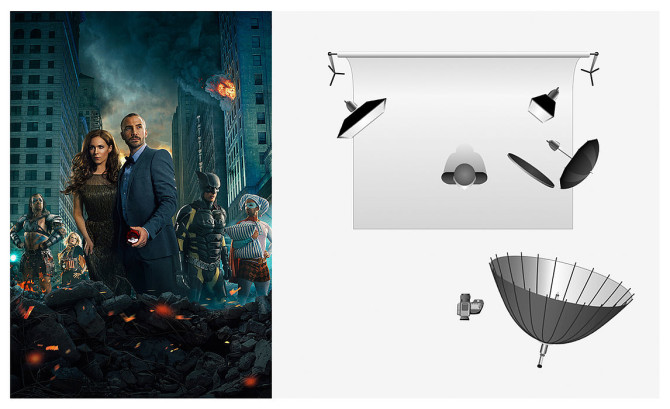 I used the Broncolor Para 177 as my main light on camera-right, and setup two backlights on both sides of the subjects in order to create some separation between them and the background. Lastly I had a Broncolor MobiLED-light with a bouncing umbrella setup on camera-right that I used to illuminate the green screen behind the subjects. I didn’t want that light spilling on my subjects, so I placed a black flag between the subjects and the umbrella.

After the shoot, Hannes and I started building the poster. In the talented hands of Hannes – one element at a time – the world behind our subjects came to life. 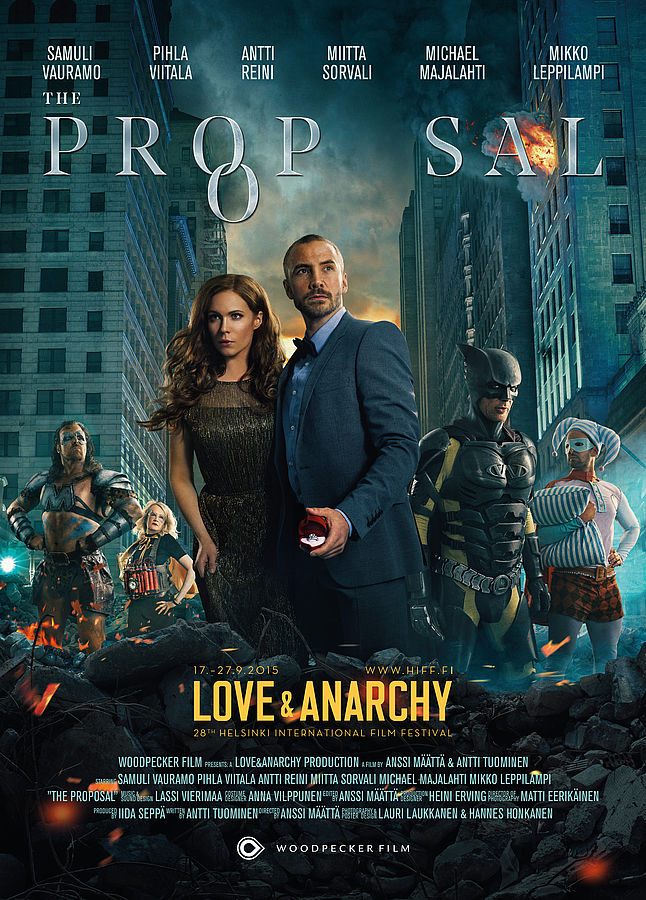 All in all this photo shoot was an amazing experience that I was honoured to be a part of, and I could not have done it without the great equipment that I’ve been provided by Broncolor. I already have my next epic photo shoot planned out, and I can’t wait to start working on making it a reality!

‘Till next time,
Lauri 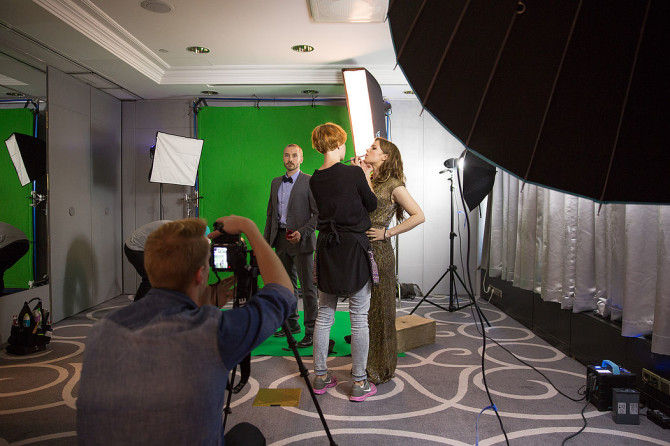 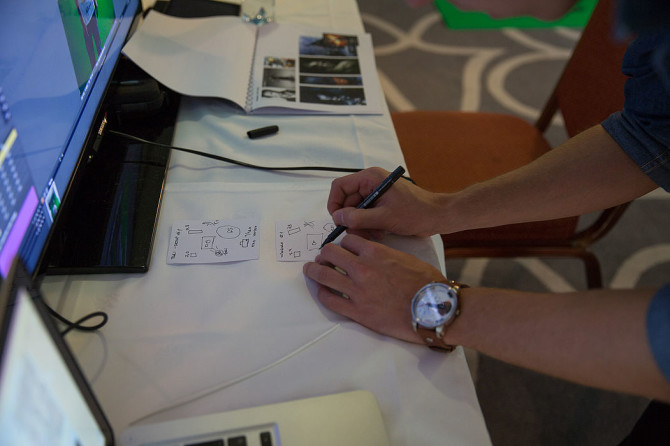 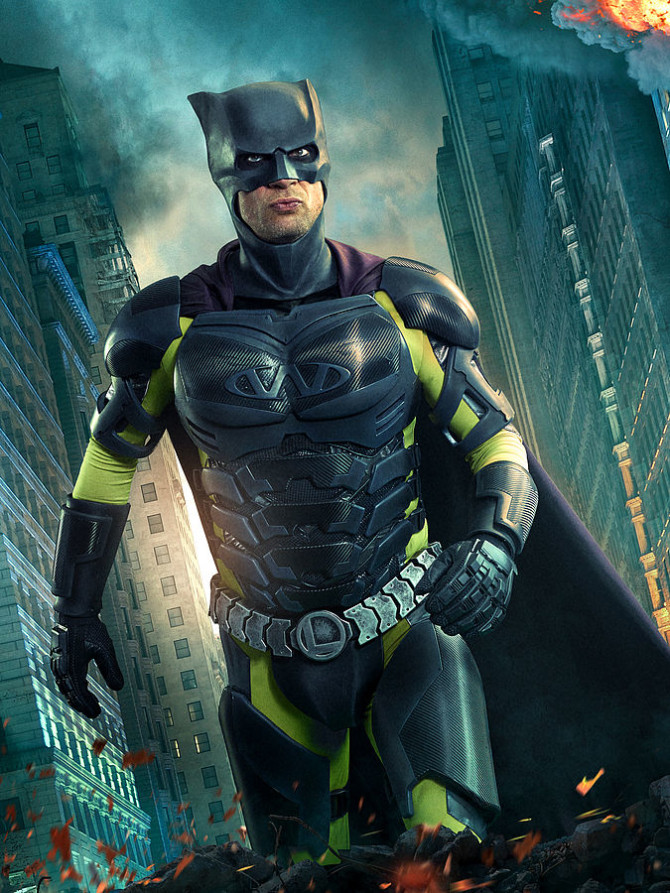 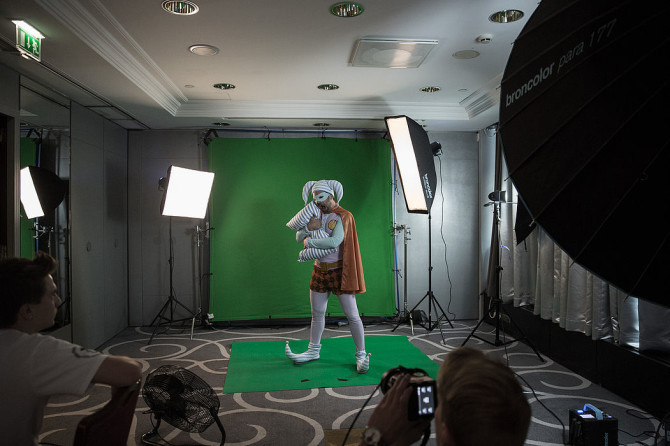 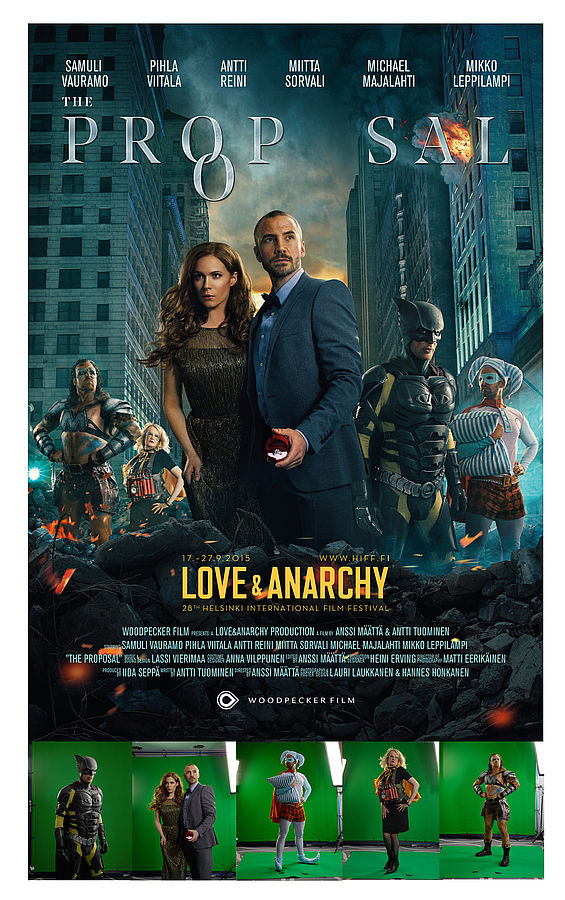 Lauri Laukkanen, “an apprentice investment banker turned advertising photographer/director extraordinaire,” bought his first camera in 2012 at the age 20.  In the short time since, his career has rocketed him to the top of the ranks, leading him on a journey that includes shooting in over 30 countries on four continents.  To see more of his incredible work, follow him on Facebook and Instagram.