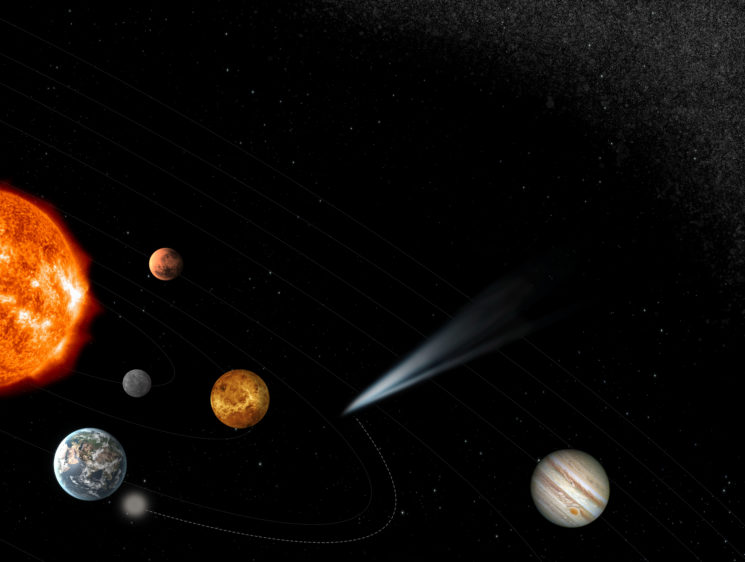 The European Space Agency (ESA) plans to take photos of a comet that is just starting its journey into the inner Solar System. In the upcoming mission, three spacecraft will photograph the comet from different perspectives, and hopefully, help ESA to spot material from the very dawn of our Solar System.

The “Comet Interceptor” has been selected as ESA’s new fast-class or F-class mission in its Cosmic Vision Program. The “fast” refers to the implementation time, as it will take about eight years between selection and being ready for launch.

According to ESA, the mission will travel to an as-yet-undiscovered comet. Three spacecraft will make a making a flyby of the chosen target as it approaches the Earth’s orbit. All three spacecraft will simultaneously photograph the comet from multiple points, ultimately creating its 3D profile.

Perhaps you remember the short, but awe-inspiring video of a comet’s surface taken by ESA’s spacecraft Rosetta. It was the first spacecraft to orbit a comet and bring back the first-ever photos of its surface. Rosetta, as well as Giotto spacecraft, encountered short-period comets. So how is the “Comet Interceptor” different?

According to ESA, the upcoming project will target a comet visiting the inner Solar System for the first time. It will possibly come from the vast Oort cloud, which is thought to surround the outer reaches of the Sun’s realm. “As such, the comet will contain material that has not undergone much processing since the dawn of the Sun and planets. The mission will therefore offer a new insight into the evolution of comets as they migrate inwards from the periphery of the Solar System,” ESA explains.