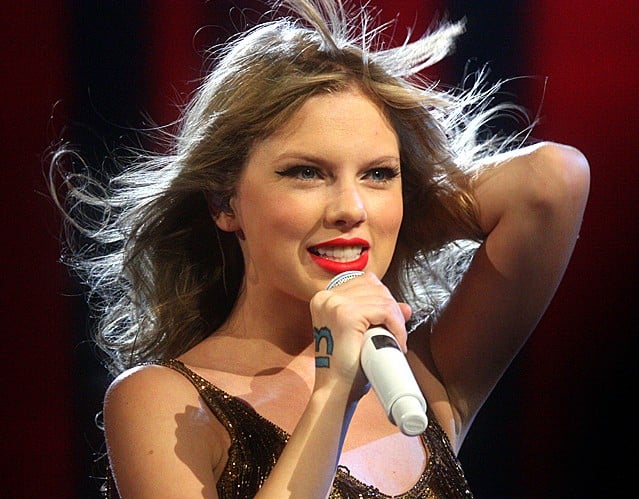 About a month ago, the internet went flipped out when Jason Seldon called Taylor Swift out on her hypocritical and impossibly restrictive photo contract. This in turn spurred debates as more photographers and photo editors for the press began outing other similarly restrictiveness contracts from artists like the Foo Fighters.

Once National Press Photography Association lawyer (and the photography industry’s unsung hero) Mickey Osterreicher, got wind of the Swift story, he immediately went to work to remedy the situation. Osterreicher, along with a team of 13 other industry professionals went to the bargaining table against Ms. Swift.

With an announcement made earlier this evening on Poynter, it appears Seldon’s open letter to Swift is one of the more productive discussion starters we’ve had in a while, as the pop star has agreed to amend her controversial photo contract and resolve some of the more problematic wording.

“After taking the time to hear our concerns regarding her world tour photography guidelines agreement, the news and professional associations and Taylor’s team are very pleased to have been able to work together for a revised agreement that is fair to everyone involved,” Osterreicher told Poynter.

Most notably, the wording which previously restricted photographers and publications from using a photo more than was has been removed from the new contract, while the following wording was added:

This contract does NOT transfer copyright away from you, the photographer or publication.

The amended contract also amended the wording which gave Swift’s representatives the right to forcibly delete images from photographers’s camera. Though, to be clear, they still reserve to tell the photographer to delete photographers if they were deemed to be taken “beyond the rules of this agreement”.

Below is a screengrab of the updated contract, which can be read in it’s entirety via this .pdf from the NPPA website. 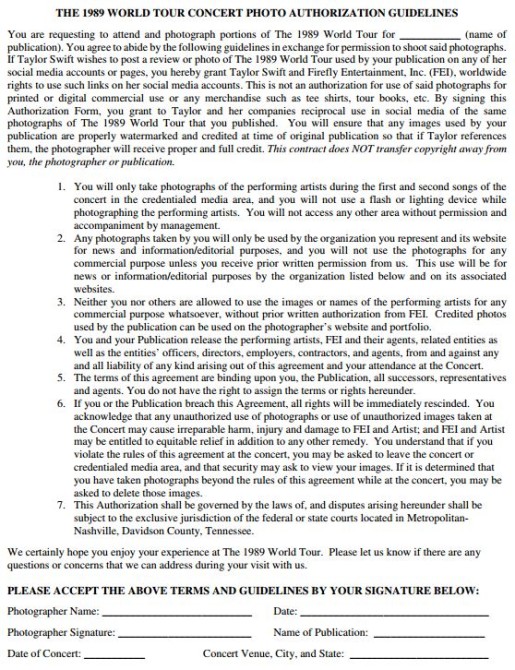 I have to say, it’s nice to see photographers are being listened to and it’s especially nice to see some progress is being made. Hopefully, the changes to Swift’s contract will trigger other artists to do so as well.