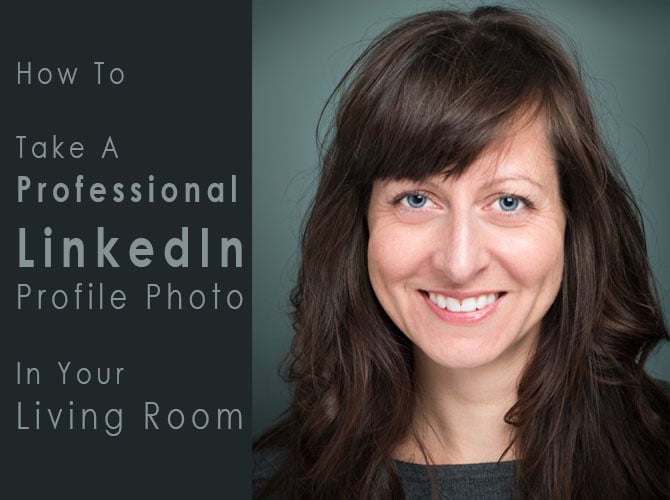 Over the holiday’s my sister was visiting from out of town.  Over the course of our visit, she casually mentions “Oh, by the way – I need a professional LinkedIn profile photo – can you take one?”

Continue reading to find out how to take a professional LinkedIn profile photo in your living room in less than five minutes with minimal gear.

Now, this is two days after Christmas and my house is a disaster with the detritus of the season – toys, wrapping paper, boxes, wine glasses and liquor bottles strewn about everywhere.  The remnants of Santa’s half eaten cookies are still sitting on the coffee table and my studio is full of the boxes of Christmas decorations.

Plus, at the time I was half in the bag.

But, no problem this is my sister after all – so I might as well go pull out the “good camera”.

Normally I would set up for a standard three light studio portrait – like this (although maybe this is a little too polished for LinkedIn). 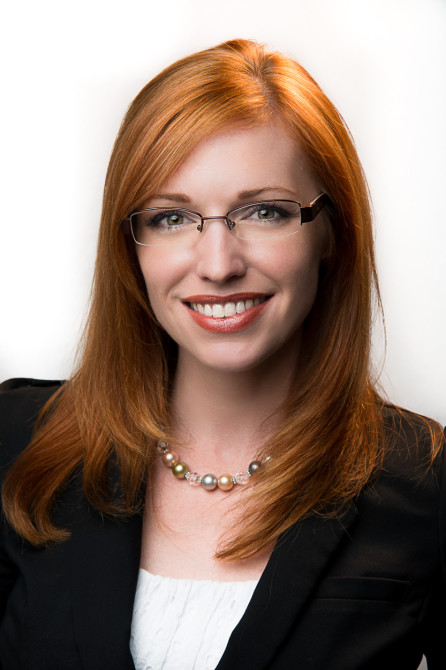 But under the circumstances, there was no way that was going to happen.

So instead, I pulled out the trusty Joe McNally branded Lastolite 24 x 24″ “Ezybox” hotshoe flash softbox and found a clear patch of wall in my living room take a dead simple one light professional LinkedIn profile photo in less than five minutes.

Gear for A Professional LinkedIn Profile Photo With A Single Light

I was using a Nikon D800 with a Sigma 50mm f/1.4 Art series lens, a Nikon SB-800 strobe on a Manfrotto lightstand with the 24 x 24″ Ezybox.  The strobe was triggered with Cactus V6 radio triggers (read our review here).  I also used the white side of a Lastolite  38″ collapsible reflector and a piece of white foam core as a second reflector.

(I would have preferred to use a longer lens, but I was working with limited space, so the 50mm had to do.)

Here is the lighting diagram: 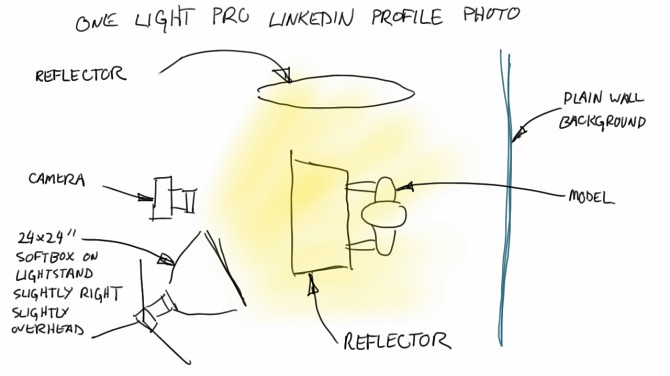 Now the important part about pulling off this shot isn’t the camera or the strobe – similar results could be achieved with pretty much any camera – yes even a mobile phone camera and a table lamp with a big white lampshade in the same setup (although the image quality would obviously be quite a bit less) – the important part is using the two reflectors to fill in what would otherwise be some pretty ugly light.

You also don’t need to use a commercially available reflector – another piece of foam core or other white surface would do just fine.

This is what this photo would have looked like with just a single 24 x 24″ softbox.  As you can see, a softbox that size is just much too small for a portrait as the only light source – the light it projects is way too harsh. 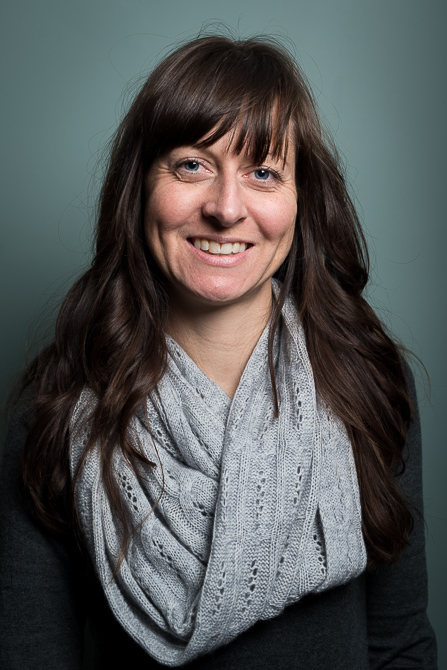 However, with reflector below the model’s face and another to the side – opposite of the softbox key light – we can approximate the look of a traditional three light portrait.  The only thing that is missing is a hair light – which could have been achieved if I had someone else to hold another reflector above my model – but with the light colored background and white ceiling, I think it looks OK without it. 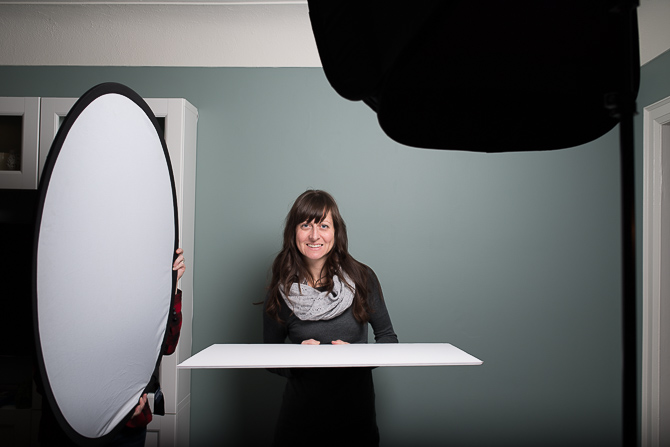 And, here is the finished professional LinkedIn profile photo after a few minor Lightroom adjustments – taken with a single light in my living room in less than five minutes. 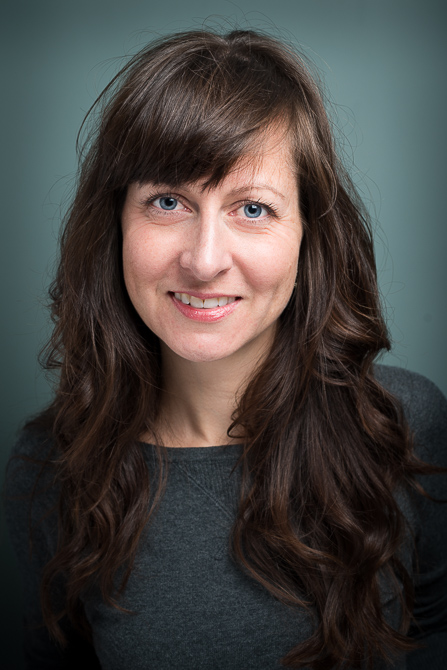 If your LinkedIn head shots aren’t looking all that professional, try using a reflector below and to the side of your model and see how it looks.

Leave a comment below and let us know how it goes!

Why I never hung this photo on my living room wall