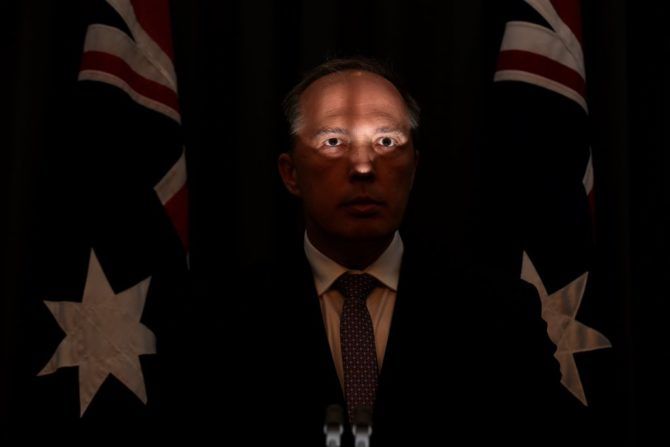 After Streisand, Beyonce, Kanye and countless others, you’d think they would learn.  The more you want something removed from the Internet, the more likely it is that everybody’s going to see it.

Our latest “victim” of what has become known as The Streisand Effect is Peter Dutton, Immigration Minister for Australia.  Fairfax Media photographer, Alex Ellinghausen caught this one as he was about to step up to the microphone and address the media.

With the photo having been tweeted out by Stephanie Peatling, Fairfax Media’s political reporter, she was asked to take it down by Mr Dutton’s staffers, complaining that the photograph was “unflattering”. 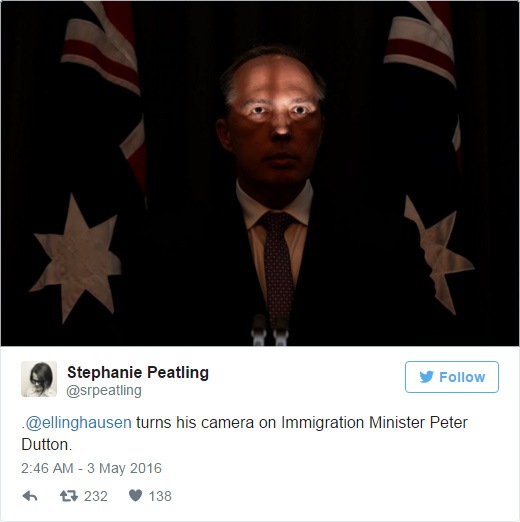 Needless to say, the Internet is doing everything it can to help remove this image from the web.

Peter Dutton wants this photo deleted, so please delete it ASAP!
I'll just pin it here so you know which one it is. pic.twitter.com/n05I34bD2o

Please stop sharing this photo of Peter Dutton. He doesn't like it. pic.twitter.com/aJAyNf58f1

Dutton also wants you to delete this picture. pic.twitter.com/tfdjahHs9P

Hey @PeterDutton_MP – may your unspeakable cruelty toward #refugees result in this very very soon… #AusPol pic.twitter.com/2Jxa69iMbd

It kinda almost makes you miss… oh, wait a minute.

Lightroom sure has come a long way since its early days.

it is amazing what you can see you pull up the shadows of that Dutton photo in lightroom. pic.twitter.com/eoU2sxhBLy

It was only a couple of weeks ago when it came out that University of California Davis reportedly spent $175,000 in an attempt to have photographs of a police officer pepper spraying students at a peaceful protest in 2011 removed from search results.

I do wonder if sometimes the “victims” of the Streisand Effect are using the principle to their own advantage.  I mean, how many times have “shocking” images and video footage suddenly appeared of celebrities over the last couple of decades that were created years earlier?

I suppose knowing the consequences of what will happen by attempting to get things off the Internet does have the benefit of getting all the ridicule out of the way now, and nobody will care about it in a few weeks or years time when it might become a bigger issue.

« Strip it back: The art of simplicity
A Rapper Stole a Photo, and It’s More Complicated Than That »