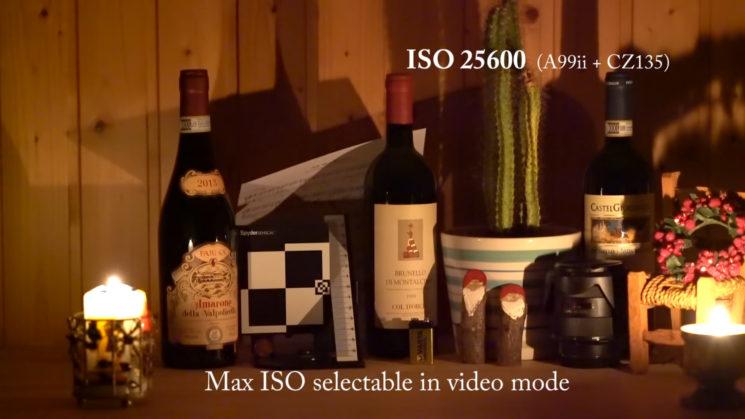 Extreme low light performance isn’t a new thing. We’ve been able to pretty much see in the dark since Nikon launched the D3s. But, now that the megapixel wars seem to be mostly over, it’s the next big metric in camera performance. Who has the highest ISO? Who does it with the least amount of noise? The most amount of detail? The best colour?

Sony’s E mount shooters have enjoyed extremely good ISO performance with the A7R II for a little while now. Now, the A mount users can also benefit from that same extreme performance, especially when it comes to video, in the form of the soon to be released A99 II. YouTuber Bramansde shows just how well it performs straight out of the box, in a scene lit by only a pair of small candles.

The lack of noise, especially in the shadows is very impressive, and should easily be able to satisfy the needs of a large majority of video shooters.

For stills shooters, the A99 II is capable of shooting up those 42MP raw files at up to 12fps, whereas the A7R II is limited to a fairly sluggish 5fps. It also has dual memory card slots, letting you shoot your backups as you go. An improved AF system offers 399 phase detection AF points, in addition to a separate AF module which offers a further 70, and sensitivity down to -4EV.

Considering the A99 II and A7R II are both available for the same price of $3,198, it’s a very attractive offering. And it might just be enough to keep those A mount shooters who had been considering switching to another format, or even brand. Of course, it may also not be once it gets into the hands of more people and its flaws start coming out.

Photographer Dan Watson, for example, wasn’t quite as impressed with the A99 II’s overall video capabilities, though. Skip ahead to 6:22 for Dan’s “big big negative” when it comes to the A99 II’s video. Spoiler, you need to disable autofocus to get full manual control. Of course, the vast majority of serious video shooters would be shooting with manual focus anyway.

The Sony A99 II is available to preorder now, with shipping set to begin at the end of the month.

Have you been waiting for the A99 II? Have you already placed your preorder? Or did you get bored waiting, give up on A mount and switch to something else? What did you go for? Will this tempt you back? Let us know in the comments.