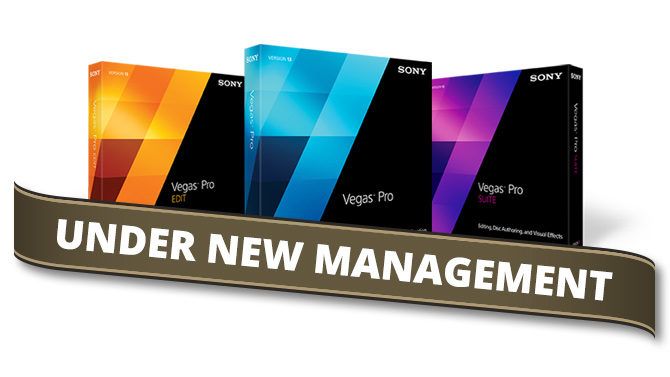 Sony seem to have been on a quest the last couple of years to ditch some aspects of its business to help counter some of its losses.

After selling off VAIO in 2014, spinning off Bravia into its own company, and laying off several thousand staff, Sony now appear to sold off most of its Creative Software suite to Magix, a German company specialising in multimedia software.

These products from Sony Creative Software are the perfect addition to our portfolio … This autumn, we plan to release new versions of the video-editing programs Vegas Pro and Movie Studio, which are heavily oriented toward the customer requirements of today

Sony will continue to develop their recently launched Catalyst Browse, Edit and Prepare post-production software.  It makes sense that they’d at least try to hold onto something that might appeal to Sony video shooters.

The announcement of Catalyst didn’t come without a little controversy, and some Vegas Pro users were already starting to show concern for the software’s future.

It seems now that their fears turned out to be sort-of correct, in that Sony were potentially planning to abandon Vegas Pro.  The acquisition by Magix does show some hope, even if the future is still somewhat uncertain.

It’s possible that pressure from other applications such as the free version of DaVinci Resolve, which recently added non-linear editing capabilities to its already substantial feature set, along with the relatively low cost of Adobe Premiere through the CC subscription also aided in Sony’s decision to withdraw from the race.

Are you a Vegas Pro user?  What are your thoughts on this acquisition?  Do you think it spells doom for the future of this software?  Or do you think it offers a bright new future?  Let us know in the comments.