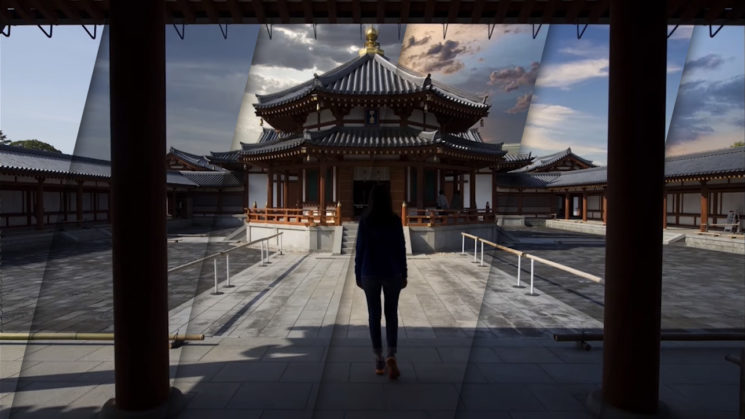 Sky replacements are fairly common in photography these days. Not everybody is shooting a camera with a wide enough dynamic range to always capture a well-exposed subject without a blown out sky. Or, perhaps the sky on the day you were shooting is just a bit boring. Typically, we take to Photoshop to do the sky replacement and blend it in with our foreground scene.

Luminar 4, though, is coming with a new AI Sky Replacement feature, first mentioned last month. Now, Skylum has released a video showing the sky replacement feature in action in the latest beta edition of Luminar 4.

Replacing skies manually in Photoshop takes time and effort. Sure, you can get quicker with it the more you do it, but it can still be a pain to cut out your scene, and then match the colours so it looks like your scene was actually lit by the sky above.

Luminar 4’s AI Sky Replacement feature figures it all out for you. And not only does it figure out exactly what parts of your image are sky and which are not, but it will recolour the ground to match the new sky you’re dropping into the shot to help things blend better. It can also figure out the angle of the shot to try and ensure that the sky fits the focal length and perspective.

It manages to do it without adding the obvious halos you often see with automated tools, and it also seems to handle tricky objects quite well, as you can see from the image at the top of this post with the bars coming from the top of the shot and bending around.

I still think for the most control, you’re better off going into Photoshop and doing it manually. But it’s certainly a handy feature for occasional use, and the results don’t look bad at all.

Skylum tells DIYP that they are planning to introduce more new AI features into Luminar 4, which they say they’ll be revealing very soon. For now, though, if you’re already using Luminar 3, a new 3.1.3 update was released yesterday that includes a few new features, a bunch of fixes, and speeds up performance.

Luminar 4 is expected to be released sometime in autumn 2019, and discounted upgrade prices will be available for existing Luminar users.