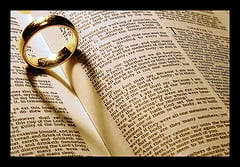 Now, it’s time to pay the debt I left at the end of the article and talk a bit about where you can find shadows. (A Valentine for my Wife by Ella’s Dad)

The shadow assignment pictures are starting to pour in – you are doing a great job. If you want your image to appear on the search tag it with DIYP and shadow. You can see the great work already coming in on this link.

Before we talk about where to find shadows, it is important that we discuss about the nature of shadows and where they are coming from.

Shadows are not an “is” but an “is not”. They are not light, but lack there of. If a light source is projecting light onto a surface you will get a nice lighted surface. If for some reason this light is obstructed – TADAM! Shadow it is. So far for kinder garden stuff. And now, on with photography and lighting stuff.

Shadows have qualities – they can be categorized as soft/hard light/dark deep/shallow. Let’s review each of those qualities and see how they can affect your picture: 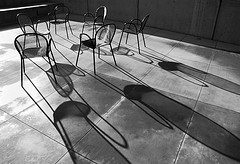 Light vs Dark: Shadows can have various degrees of intensity on the light to dark scale. A light shadow can be almost unnoticeable if it is very light and very soft. Where dark shadows are almost always black. As I explained before, shadows are lack of light, so how can the have tones? The tones are coming from other light sources. The shadowed area may be illuminated from a different angle by a different light source so some light get there. It can also be illuminated by reflection of the main light source. Since I want to pictures with strong shadows as elements, I’ll help you find the dark shadows.

Deep vs Shallow (or long vs. short): Imagine that you are shooting a standing model. And he (or she) is standing. A deep shadow would stretch along way from her legs to infinity… a shallow shadow, on the other hand is what you get on a sunny day at noon. An itsy-bitsy shadow that only covers your models lags and casts an annoying darkness under her eyes. The deepness or length of a shadow is set by the angle at which the light source is positioned versus the lighted surface. At 90 degrees there is almost no shadow, but at 0 (or 180) degrees, you will get a nice long shadow. (This is why sunsets are great shadow opportunities)

Got a hunch in which shadow I am more interested? (Hint: the one that is not short).

OK, after all that theoretical chat I am gonna get down to business and explain about 4 ways and places to find some good-healthy-picture-positive shadows.

The first place to find shadows is right behind you (no, seriously). See a shadow? No? This is because this tip is not about where, but about when. One of the best shooting times for many reasons is the time just before sunset. This is the first tip and it is the least costly of all. As the sun sets, the shadows it casts are getting deeper and more interesting. This is happening because the sun, which is the light source for the picture is low and the lower the light source is, the deeper the shadow is. As a nice bonus you get something called the “magic light” – it’s this great light the sun gives just before it set. (It is the same magic light it gives on sunrise, or so I’m told. I can’t get up to see it…)

Second cheapest shadow caster is your everyday table top lamp. Yap it’s small so you will get nice hard shadows. Here are some pointers about this type of lighting. First the good: Light is under your control. You can point it where ever you want; Get it closer or further from your subject; It is super cheap; You will have a close wall or surface at your control to cast shadows on. Now the Bad: the light is usually pretty dim and you will need a tripod to support your camera from shaking; The light is “hard tungsten” not really a problem nowadays when you can just set the white balance.

Next runner up is what I like to call “The Natural Cookie“. In photo lingo, a cookie is an object that partially abstracts light. Once you have a nice hard light source, you will find them anywhere – window shades, bars, garden fence, even a pencil holder can create interesting patterns.

Last but not least, and a great deal of fun is the strobe. If you can take your flash off camera you can do some pretty interesting stuff. Strobist is an expert on off camera flash. See this article for flash use to create hard shadows. Strobist is also running a film noir assignment which can be lots of shadow fun.

Eight Great Ways To Include Shadows In Your Pictures

Great Ways To Include Shadows In Your Pictures – Discussion

« Get Some Essential Lighting Into Your Photos
Making It Look Yammy »