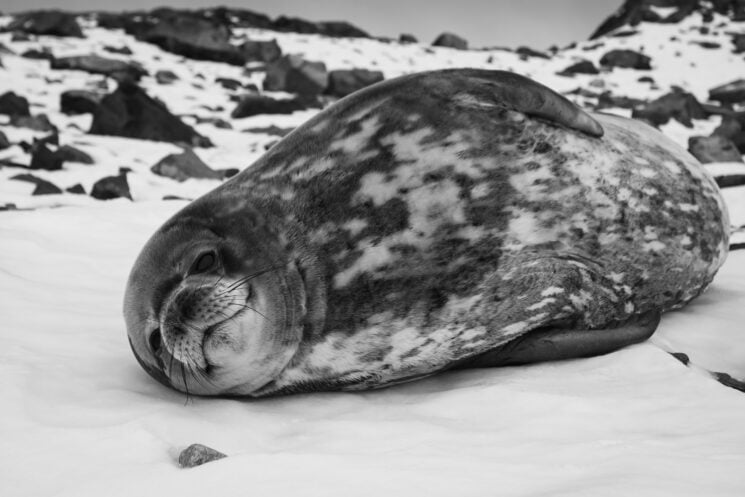 When a seal-mounted camera got lost in 2018, scientists believed they would never find it again. But now, after more than three years of being lost at sea, the camera was retrieved. And the best of all: the footage on it was intact and it’s giving scientists a valuable insight about grey seals’ life.

Department of Fisheries and Oceans (DFO) biologist Damian Lidgard says that he was “absolutely shocked” when the camera was found. He attached it to a young male grey seal on 31 December 2017, CBC Nova Scotia writes. He hoped that the seal would come ashore so he could get the camera, but alas – the seal and the camera seemed to have different plans. “Basically for the next three or four weeks, every single day, I searched Sable looking for that male and never found him,” Lidgard told CBC. But in the end, he gave up, believing that the camera’s fate was sealed.

The $10,000 fell off the seal and ended up on the ocean floor. And this summer, a Clearwater Seafoods vessel found it on Banquereau Bank while fishing for surf clams. According to CBC, a crew member reached out to the manufacturer first, and eventually reconnected the camera with Lidgard.

“There were some marks on the camera, but generally it was in very good shape,” Lidgard said. “My first impression was that it’s survived remarkably well, given that it’s been at the bottom of the sea.” He wasn’t really hoping to get the footage from the camera that spend over the years at the bottom of the ocean, but he was happy to see that there were 19 hours of valuable footage still there.

As I mentioned, the footage provides some valuable information about the grey seals’ behavior. “The dive profile of a sleeping seal is like a U-shape,” Lidgard explained. “The seal goes down to the bottom, spends time at the bottom, then comes up to the surface.”

Now that the camera is back, it will be used again to monitor seals’ behavior. Next month, it will be attached to a female seal, so it will be retrieved when she is back on the shore to give birth. “Less stress. Less anxiety,” Lidgard concludes.