If I had to divide the world into two equal parts, it would not be men vs. women. It would also not be Canon vs. Nikon. The most accurate division would probably be between the people that say that Velcro rules and those who say that Gaff tape rules. (we have featured them both plenty on the blog). 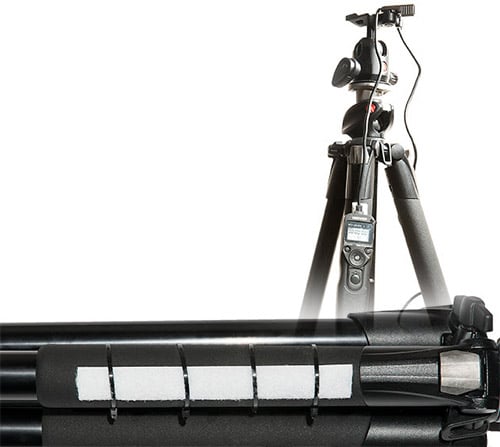 Here is a quick and not so dirty idea from Simon Anderson that you will probably find useful if you are doing extended timelapse photography with an intervalometer.

This thing is always dangling without a proper place to put it, so Simon placed a stretch of Velcro on the intervalometer and another stretch on the tripod. Now it has a good place to stay till the shooting is done.

I guess Simon is a Velcro person.

[Cable Release Placement | A Big World Through A Small Lens]