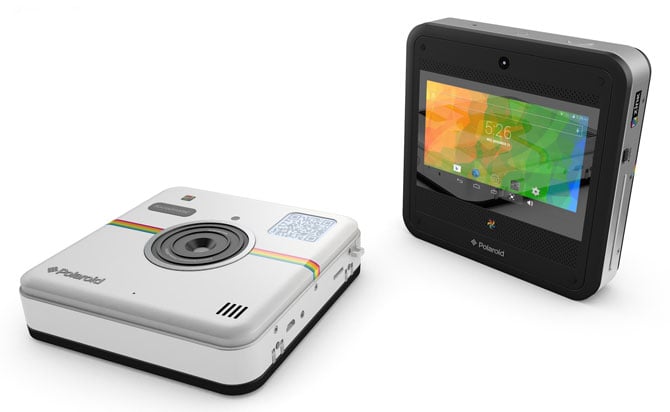 Polaroid has long been iconized by their photos — the cheesy, white-framed, instant images that printed out and developed right before your eyes. It was pure witchcraft to me as a child… Your grandparents had an entire collection of them, the local sporting goods store had a wall covered with them, and they’ve been falling out of scrapbooks for decades. Even in recent years, the nostalgia of the instant photo has made a resurgence in the design and art community, and every hipster is now using them to document every benign moment of their lives*. Heck, the inspiration for Instagram was an obvious and shameless ripoff of the vintage Polaroid look*.

Yes, Polaroid had it really going on in the days of film and the emergence of the casual photographer. And they were invaluable to studio photographers before the days of chimping. However, much to the chagrin of an uncle of mine you banked heavily on them in the stock market, as the world progressed into the twenty-first century and the move towards digital really took off, Polaroid failed to innovate fast enough and nearly collapsed due to their lack of foresight. Yet, despite being the late bloomer in the digital photography world, Polaroid is still here today, which is why we are proud to announce the release of the Polaroid Socialmatic — quite possibly the next big thing for snap-happy consumers who like to over-share their lives! 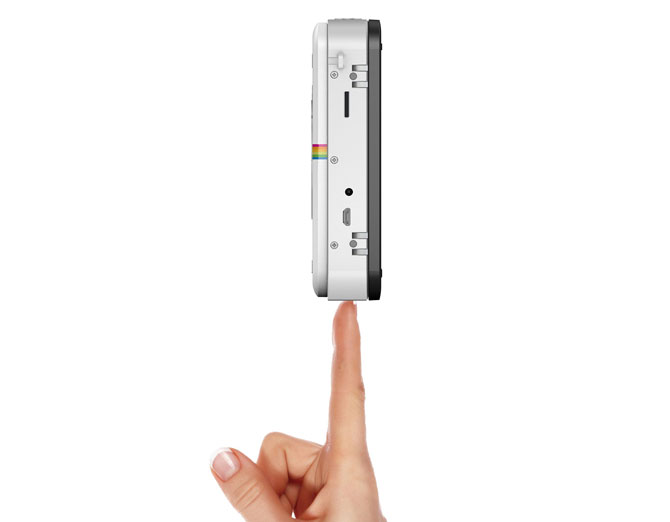 Just as the original Polaroids revolutionized instant shareability within your social “networks,” the Socialmatic takes it one step further. In all honesty, I’m kinda diggin’ this gadget. While instant sharing is nothing new to the photography world, whether we’re talking cell phones, Android-enabled cameras, or even Polaroid’s own instant digital cameras, inside the Socialmatic’s sleek (yet square…oh, so square) design, they not only house a 14-megapixel camera and an Android OS for instant sharing on social networks and image backup (and playing angry birds during your downtime as an aspiring paparazzo), but they include the revolutionary Zero Ink® printer from ZINK Imaging. 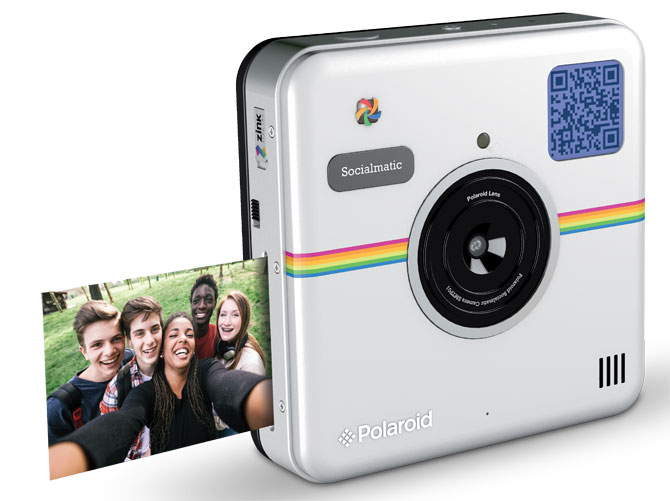 If there’s one thing I hate (which, as it turns out, there’s a few more things on the list) it’s having to replace the ink cartridges in my printer. However, printing with your photos with the Socialmatic will include no such hassle. As Polaroid states in their release,

The key to the ink-free system is the patented ZINK Paper®, an advanced composite material embedded with cyan, yellow and magenta dye crystals and with a protective polymer overcoat. Before printing, the dye crystals are colorless making ZINK Paper look like regular white photo paper. The ZINK-enabled Printer uses heat to activate and colorize these crystals. The result is full-color, high quality, long-lasting and smudge-proof images without the need for ink cartridges, ribbons or toner.

That, my friends, while sounding a bit utopian is totally kickass. Although, at 50-cents a print, the cost of this magical paper may be a deterrent for the more foresighted consumer. 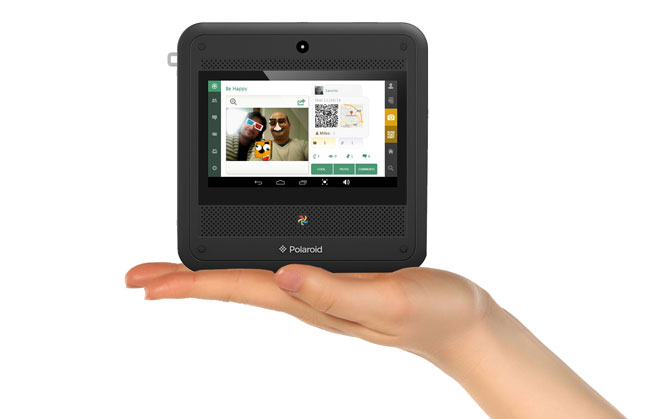 Run on the Android OS, the Socialmatic enables users to connect to their favorite social networks for instant shareage of photos and collecting of apathetic accolades. This is done either over WiFi or by connecting to the user’s smartphone via Bluetooth technology.

In addition to being able to print directly for your device or from a home printer (by virtue of a number of means), the Socialmatic has to option to send images via WiFi or Bluetooth to other Socialmatic devices for printing virtually anywhere in the world. According to Polaroid, the images are only accessible by those you designate within your network…and the NSA.

Speaking of the NSA…

A feature that Polaroid is pushing with this device is the unique QR coding of images.

Every camera and every photo has its own individual QR code enabling the user to scan the code from the picture, view its history, track its whereabouts and continue to share and follow it virtually anywhere in the world – thus building a unique global Socialmatic network.

To me, that reads like the opening lines of the upcoming screenplay “Edward Snowden Goes To Burning Man.” But, in a world where every click we make online is not only being tracked and recorded by the government but private agencies as well, it’s probably not going to rock the world of personal security too badly.

The Socialmatic can be picked up for $299 from Amazon and Photojojo and will available for $7 at most yard sales in approximately five years.

« An Sói Will Stop At Nothing To Get The Bride And Groom To Smile
Canon Set To Integrate Imaging Devices With The Connect Station CS100. Introduces 5 PowerShots »