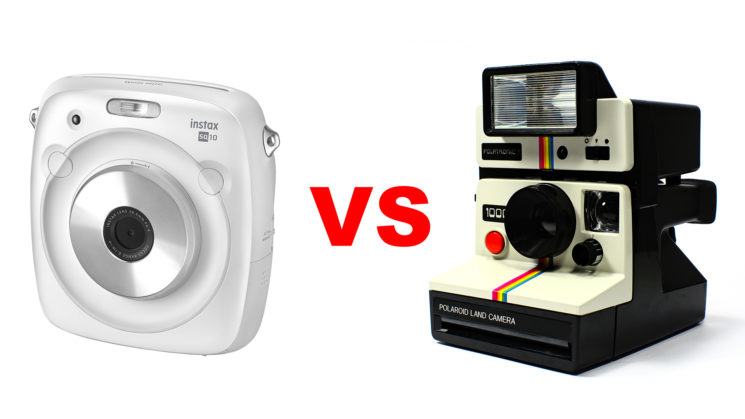 At last year’s Photokina, Fujifilm announced their new Instant Square Film. Earlier this year, the hardware to go along with it started to come. First the Instax SQ10 hybrid instant camera,  followed by the Instax Share SP-3 printer. Now, according to a report by World Intellectual Property Review, Fujifilm has filed a complaint against Polaroid over a dispute on square format instant prints.

The report says that Fujifilm have asked for declaratory judgement in US district court to clear the company of any wrongdoing after being accused of trademark infringement by PLR IP (brand licensor and marketer of IP rights for Polaroid instant cameras). The trademark in question is the white border around Fujifilm’s Instax Square images.

Fujifilm claim that Polaroid sent them a letter in January 2017 stating that the Instax Square prints were almost identical to a trademark that Polaroid owns. They go on to state that in March, they received another letter from Polaroid threatening “appropriate action” if Fujifilm didn’t withdraw the product.

A third letter sent in June then began “suddenly demanding millions of dollars in annual royalty payments, on threat of a lawsuit”. PLR IP owns the US trademark covering the borders surrounding instant photographs. But these borders are not just for aesthetic reasons. They store the chemicals that allow the prints to be made.

After filing for bankruptcy and discontinuing many of their product lines in 2008, Polaroid now seem to be lashing out at whatever can potentially bring in an income. According to the complaint, Fujifilm say that Polaroid are “unable to return to profitability through product sales” and now simply wishes “to generate revenue from what remains of the Polaroid IP portfolio”. Even if they quit making the product almost a decade ago.

Fujifilm is asking the court to declare that Instax does not infringe on any Polaroid IP rights, and requesting cancellation of Polaroid’s trademarks.