One thing that seems to have become quite popular over the last year or two is colourising black and white photos. We’ve seen lots of people manually colouring old black and whites to help provide more context and tangibility to historical images and we’ve also seen AI neural engines that claim to do it automatically to produce realistic results.

But it wasn’t until Photoshop released a beta of their AI-powered Colorize Neural Filter that many started to take the idea of automated colourising of black & white photos seriously. How good is it, though? Aaron Nace at Phlearn took it for a spin to see how it’s development is coming along and whether it really stands up to the task.

Adobe added Neural Filters into Photoshop a few months ago with the goal of helping to speed up difficult workflows, letting you achieve some impressive results in just a few clicks. Not all of the filters in the new neural AI system immediately came as final products to Photoshop, though. Some were still being developed and in the beta stage. 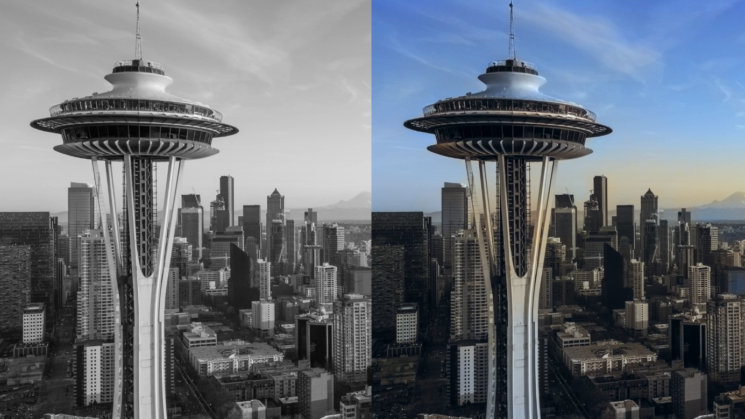 The Colorize filter was there on the initial Neural Filters launch, although it’s had some work done to it in the last few months. It uses a database containing hundreds of thousands of images in an attempt to guess what’s in your scene and apply colours to various parts of it to try and create somewhat of a realistic coloured result.

As you can see from Aaron’s demonstration in the video above, it does produce something fairly close to realistic, but the results really aren’t much like the original colour versions of the photos he uses. The results are somewhat believable, for the most part, if you’re not paying too much attention, but they’re definitely not perfect.

Aaron suggests that they might be a good base from which to manually add colour to other parts of the scene, but thinks that the technology might completely replace manual methods within a few short years.

Have you played with Photoshop’s Colorize Neural Filter yet? What do you think?