Marko Stamatovic was born on 13th February 1977 in Kragujevac. Graduated at the Faculty of Philology and Art, Department for Graphic Design in 2008. The member of ULUPUDS (National Applied Arts & Design Association) since 2008, department for the artistic photography and design. So far he has 23 solo exhibitions and participated in over a hundred salons and group exhibitions in the country and abroad, while his works have been published in many publications and magazines like Politika, REFOTO, Novi Magazin, Svetlost, CityWalker, Digital, Digital Camera, Mobil, Danas, Blic, National Geographic Serbia, Smithsonian Magazine, Wanderlust, Tourist World, BLUR, Arts Illustrated, Independent, The Telegraph , Guardian etc etc.. Currently works as a professor of Art in Kragujevac, while he delivers his knowledge about graphics, photography, costimography and puppet design as an art director of photo&design studio „Marko Stamatovic Studios“. Also works as contributing photographer of National Geographic Serbia Magazine.  Director and founder of the first festival of artistic photography in Serbia FOTORAMA 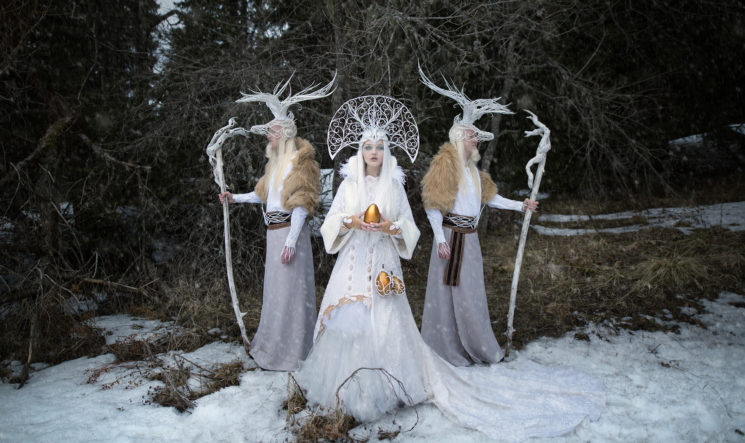 DIYP: Tell us a little about how you got into Photography and Photoshop, and who your influences are.

MS: Well, I started photography when I was an eight years old boy :), I developed my first negatives at nine years old. What you could call my “journey” began the moment I first stole my father’s Zenit. After being warned and grounded dozens of times and still taking the camera without asking for permission, my father finally gave up and gave me that camera. We haven’t parted since. As for inspiration, my first inspirations, National Geographic certainly comes to mind, which I looked at over and over again, always marveling at their photos. Later on, as a teenager, I learned English, and while reading texts I absorbed the work ethics of great documentary photographers. I remember going to great lengths to get new issues of the magazine since it wasn’t easy to find over here. As it often happens with these things, family members abroad were begged into sending me the latest issues. I always looking forward to seeing works of photographers like Steve McCurry and Jimmy Nelson, Fritz Hoffman, Mike Yamashita so you can say that NG influenced my photography style.
About Photoshop, I am using it, I think, from Photoshop 2.0 version. I am master of graphic design, so photoshop is my primary tool, but in photography, I really try to use as minimum as I can, always trying to get maximum from my camera. 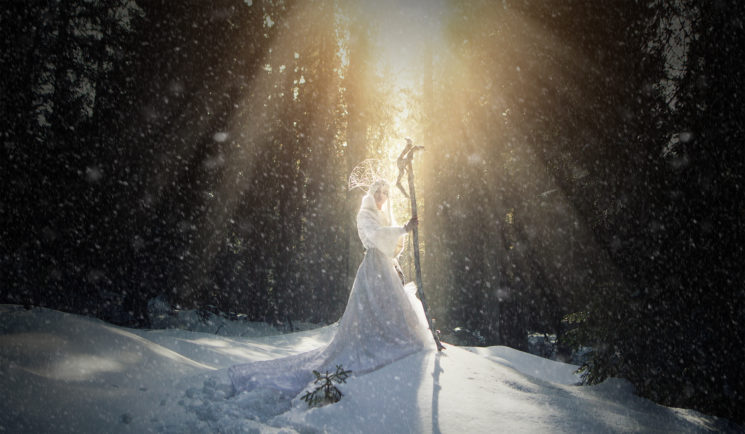 DIYP: Your body of work has some amazing images in it. You have just created a really cool book on characters from Slavic mythology, tell us a little about this.

MS: It was a logical conclusion of things. At our studio, we started a small prop shop where, with great love and devotion, we create costumes for some of the more interesting concepts we’re working on. As very little is known about Slavic mythology, and as we found out there weren’t many attempts made on this subject, we wanted to give our unique vision of this culture. We tried using the seasonal cycle to help people get closer to the world of this ancient tradition and belief, through magic, fairy tales and customs of Slavic people that are very present in contemporary life as well. I read anything and everything I could get my hands on. I wanted a broader view of that world but I did not follow anyone’s attempts at illustration. I wanted to give characters completely new and previously unseen shape. We were inspired by both old and contemporary motifs but our goal was to retain the spirit of the original stories. This was our compass when choosing locations as we required places that would support the myths and mystic appearance of the characters themselves. Of the locations that we chose, there were Đavolja Varoš, mountains Kopaonik and Bešnjaja and Vrelo Grze. These locations are covered by ancient forests and steeped in lore that matches characters described in our photos. We choose them from a long list of locations and we even considered Plitvice although, unfortunately, we couldn’t visit.
It was simply the road we had to take to create something that would stay true to our concept in its entirety.
I hope that we achieved our goal… 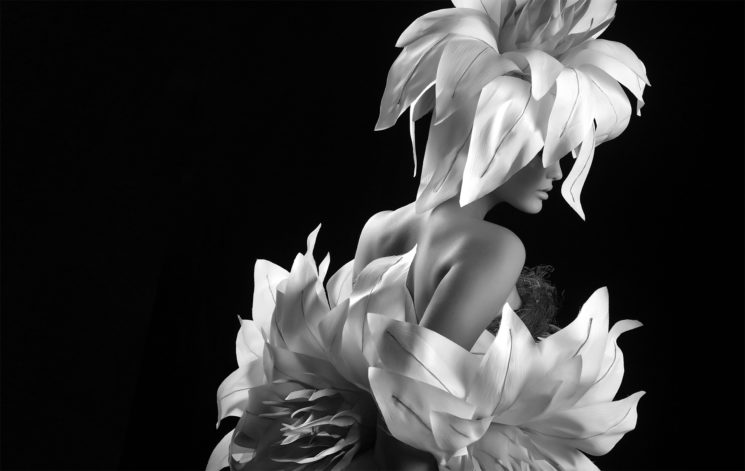 DIYP: What were some of the challenges whilst creating this book?

MS: Well, almost everything. As I mentioned before, everything about this ancient culture is hidden in old customs and stories and scientific material about their way of life is very deficient. So we try to pick up some facts and decipher some folk tales to get a clearer picture about Slavic culture. Projects like this take a long time to finish, our shortest set preparation took four months since we literally started from paper drawings. All costumes are handmade, and it was difficult to find right kinds of materials for them.. It took us months to find our model, one that would have markings of Slavic beauty. In the end, we ran into a photo of a thirteen years old girl-scout, beautiful Sofija Đorđević from Niš. I knew, the moment I saw her, that she was the one we were looking for. And there, after 20 months I had the honor to track her road from a young child to a beautiful girl. The preparation for one shooting alone takes a few months. We usually spent two days and a night on the field. During this time we only took brakes to eat and sleep which means that we spent 8 to 12 hrs per days just taking photos. On set, it all depends on the circumstances as distance poses a challenge for people who need to use transportation, but on average we had five to ten people on set. But, after everything… I think it was worth the effort. 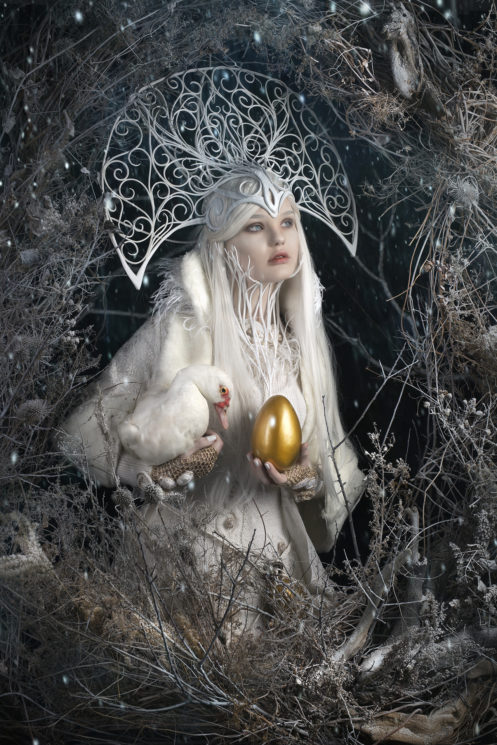 DIYP: Could you create your work without Photoshop?

MS: That was a primary idea! To make this images with a minimum of Photoshop usage. We tried to keep post-production on minimum as we strive to get as much as possible directly from the camera. This way we don’t lose a lot of time in post-production and get back to real photography. Only things that are Photoshopped are the thing we couldn’t possible do or have an influence on it, and everything else is part of the set. So I hope we have proven that is possible to make images like this without Photoshop, but it takes a lot of work and time, and of course money…. 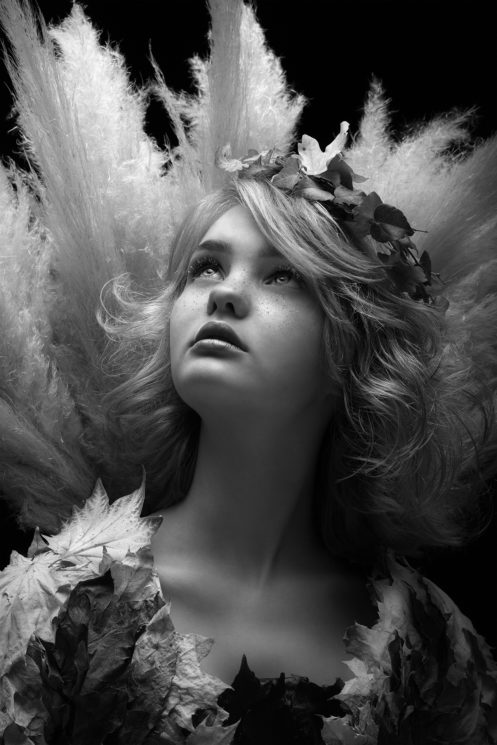 DIYP: You also organize a photo festival in Serbia, tell us a little more about this.

MS: Yes, we organize first International Art Photography Festival in Serbia named „ FOTORAMA“ Like I have already mentioned, festival FOTORAMA has until now been one the biggest photography events in this part of Europe, and we have intentions to make the next festival a large international convention of photographers. Our visitors are photography lovers from most of the surrounding countries, such as Croatia, Bosnia, and Herzegovina, Macedonia, Slovenia, Montenegro, Romania, Bulgaria, Hungary, Germany but we have guests from USA, Japan, Argentina, Belgium, Denmark, Italy, China, and many other countries.. This festival, which last for 4 days, a great number of exhibitions, workshops and concurrent lectures from all areas of photography are held. We hosted some of the world’s greatest photographers from NG magazine and MAGNUM Society  as Mr Fritz Hoffman , Mrs. Erika Larsen , Mrs. Diana Markosian, Mr Travis Dove, and Mr Steve McCurry, photography legend Jerry Uelsmann , Ko Yamada great conceptual photographer from Japan and Marc Yang , documentary photographer from Shanghai and   few of the best Adobe Master class instructors and retouchers, miss Natalia Taffarel (Argentina) , Natalia Fadejeva( UK) and Calvin Hollywod(Germany), our mutual friend, fantastic Dennis Dunbar ( USA), great videographic duo Oscar Durand (Peru) & Elie Gardner ( USA) , fantastic Russian photographer Margarita Kareva  and one of the leading VOGUE Italia photographers ,miss Lucia Giacani….
Fotorama has been held for eight years in a row and we hope it will last for a long time and grow bigger and better every year.

DIYP: Out of all your projects, which had the most impact on your life?

MS: Well … I don’t know… really. In my soul, I am a documentary photographer, and every story I made had some powerful impact on me. I think that every project I do is taking something from my life and giving me much more. Because of that, my every new project is better and pushing me further.
The most important for me is to find something that will pull me in. To just get fired up and start taking photos nonstop. The greatest moment is when, after all that hard work and sleepless nights, you get to see the results, just as you imagined them, in front of you. It is a priceless moment that’s worth burning out for….
But maybe I am still waiting for a big one, who will change my life and when it happens…. you will be first to know 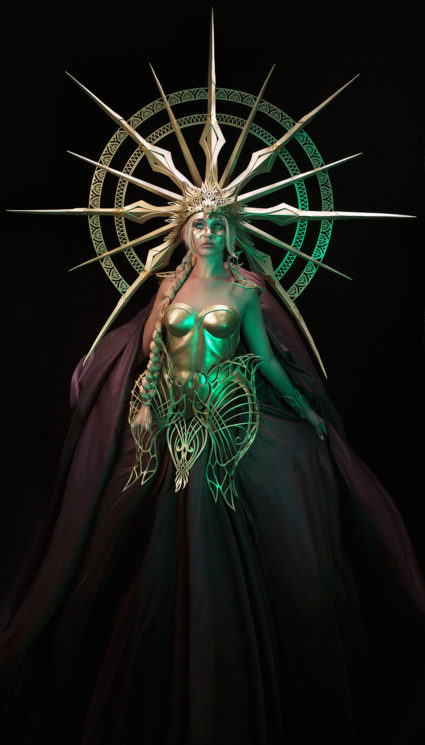 MS: Don’t ever try to be the best, because you can not be, but be different and you will be unique. You must work and work a lot and only then you can be one of a kind. 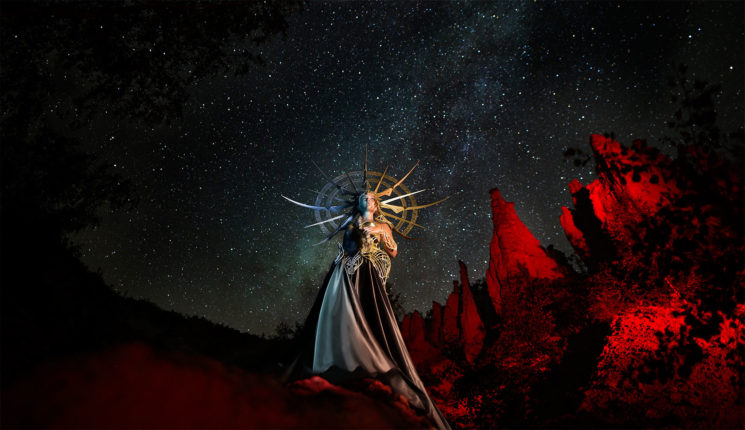 DIYP: What cool projects do you have lined up for 2018.

MS: Well, we are in final preparation for launching new Kickstarter project for a new board game that we designed named “ Eternal Battles of Archimagna”. We are making new set of illustrations and costumes for few new character videos for presentation of the gameplay. The story of the game is about the creation of the world according to the myths from all around the world. It’s interesting really
And we hope that we will start to work on a new concept for the second book about Slavic mythology until end of this year. Already we are in the design process of 16 feet high puppet for photo set production. It’s always busy 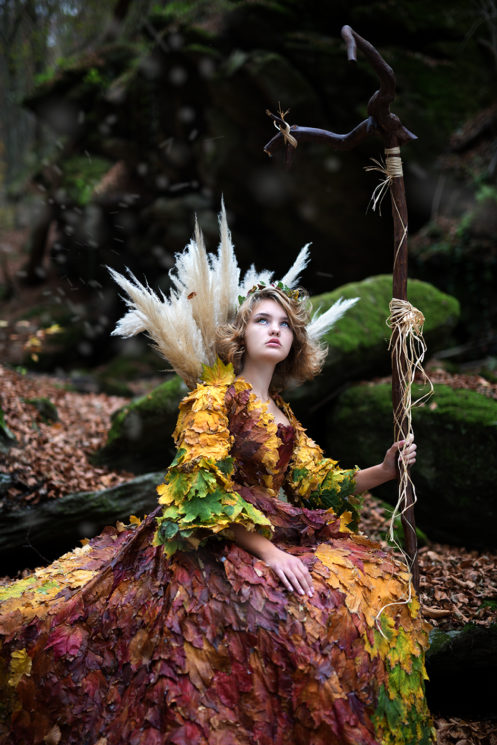 MS: Wow, 10 years…. It’s so distant future. I would love to see myself behind my camera as always but with two great young photographers by my side, my sons Ognjen and Ilija!!! That would be so so great 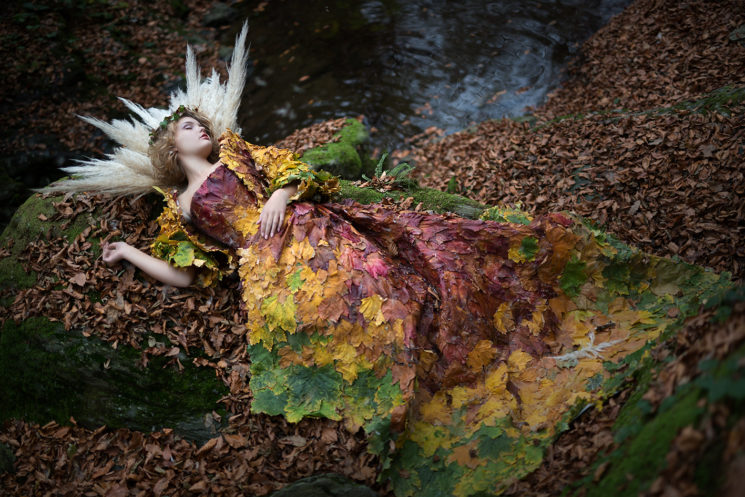