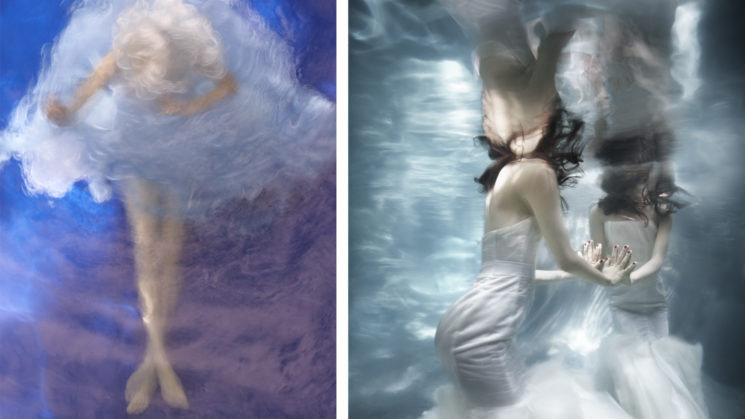 I just love it when different forms of art intertwine and inspire each other. This is why I was immediately drawn to Canadian photographer Barbara Cole and her underwater photos. Although they have a painterly look to them, they were all photographed underwater, often at her own small swimming pool. They’re intriguing, emotional, and each of her series carries a message and a mood that just strikes you.

Barbara was kind enough to chat with DIYP about her work, inspiration behind it, and how she makes her images. Of course, she also shared lots of her fantastic photos with us. So, dive in with us behind the scenes of Barbara’s process, and behind the thoughts and emotions that have kept her inspired all these years.

Barbara displays six collections on a virtual tour on her website. They all have a recognizable feel, but each has a look, a story, and an emotion of its own. So I was wondering what inspires Barbara for her painting-like images. Is it the work from other photographers and artists? Are other forms of art what sparks her imagination? Maybe her emotions? Or is it all together?

Barbara told me that her inspiration largely depends on her mood. Like many of us, she gets inspiration from her own emotions, from people around her and those she works with. The idea often comes at the moment, and Barbara polishes it up as the project progresses. Sometimes she starts with one idea and builds up upon it to make it into something different. Shapes, body, and background need to work together. When the photos “feel right,” when things just “click,” this is when she knows that she’s done it right.

Other than her emotions and thoughts, Barbara is also inspired by Sarah Moon. “I couldn’t believe that you could use a camera as a paintbrush”, she recalls seeing her work for the first time. This is when she realized that it was possible to create art with a camera and that it was exactly what she wanted to do rather than just document reality. Early photographers like Edward Steichen or Alfred Stieglitz inspire her as well, but also a painter Gerhard Richter. “He’s not a photographer, he’s a painter- but his paintings look like photographs,” Barbara tells me.

She admits that she’s been feeling pretty low during COVID-19, with all the overwhelming events and news. So she stopped watching the news and started watching documentaries instead. One about Cecil Beaton inspired her a lot and sparked her imagination anew.

Both when she shoots and when she doesn’t, Barbara allows her mind to wander. She thinks of something and tells herself “I’d love to do that. Maybe I will.” She tells me that “most people say just the first part, but then they stop themselves from trying it.” But she always pushes on and tries to turn her ideas into images. “If I’m intrigued, I know that I have to do it. And I don’t overthink it.” 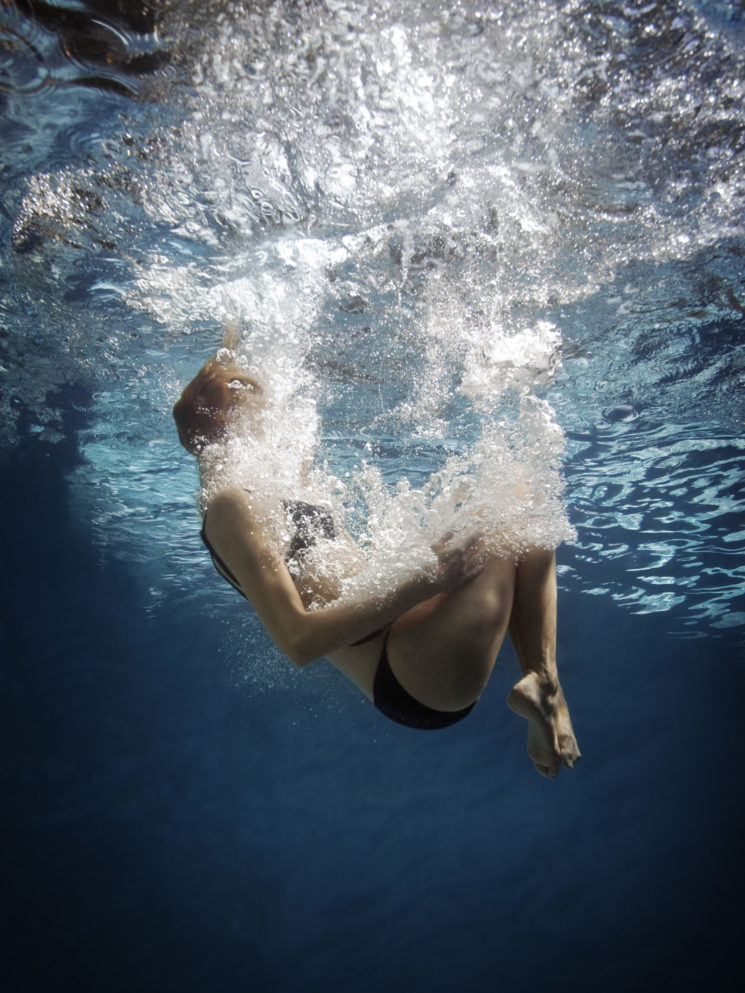 I wanted to know more about the history of Barbara’s work. How did it all begin? How did she get interested in underwater photography in the first place?

Barbara tells me that she tried underwater photography for the first time some 30-40 years ago and she loved it. But it wasn’t until years later that she got a pool in her own backyard. “At first, I had no idea what I was doing,” she says and we both chuckle. However, she has swum all her life and she knows how bodies act in water, but also how water shapes the figure and the light. So she just made the decision and began shooting.

First things first, Barbara rented underwater gear. In the beginning, she would often have a hard time finding models. For many of them, it turned out that they couldn’t swim. And some who did just didn’t want to put their face in the water. But they wanted to do the project and she would help them so that everyone would feel comfortable. When the film of the first project came back from the lab, she was amazed. “The contact sheet looked exactly as I wanted it to be. And that doesn’t ever happen.”

So where does Barbara take her images? Is it a pool? Is it the ocean? And what does the process look like?

Since she now has a pool, she mainly takes her photos there. She tells me that it’s small and relatively shallow, but hey – you gotta work with what you’ve got! In fact, this is why in one of her projects the models aren’t fully submerged.

Other than her own pool, Barbara also travels and takes photos in other places with deeper pools. It draws its own challenges because sometimes these pools aren’t heated so it can be freezing cold. Even when she’s at her backyard pool in Toronto, she gets only around four months a year to work because of the climate.

As for the camera, Barbara isn’t much of a gearhead, so she used an old Canon DSLR and an underwater housing that was custom made for it. Unfortunately, she got robbed, which is when her camera and the rest of her gear got stolen and she then upgraded to the Canon 5D.

What about Photoshop? I asked Barbara if she prefers to always take photos in-camera as single shots or she also experiments with digital art.

While she prefers taking photos on location as single shots, two of her projects required backdrops from different places and some Photoshop to achieve the look and the story that she wanted: Falling Through Time and Surfacing. Interestingly enough, those two projects were among a few that occupied my attention the most, along with Duplicity which involves large mirrors. So I wanted to hear more about these.

Falling Through Time is the project that started no less than 20 years ago when Barbara was visiting England. She was enchanted with its gardens and inspired by their romantic ambiance. She took the photos with a Polaroid SX-70 film, but the project ended up in the archives, waiting for the right time.

But these Polaroids got their new life. “It wasn’t easy meeting myself from 20 years ago,” Barbara tells me. But this project is exactly it – collaborating with her past self. She used the Polaroids as backdrops, merging merged them in Photoshop with her newer photos of models that she took underwater.

It took some experimenting before everything fell into place. Barbara cropped in the old instant photos, making the scenes in them a bit larger. And after some more experimenting, she made the background and the foreground equally prominent, as if they’re “fighting” for their space. After all, it’s just like our present and our past are equally important and unbreakably interlaced. 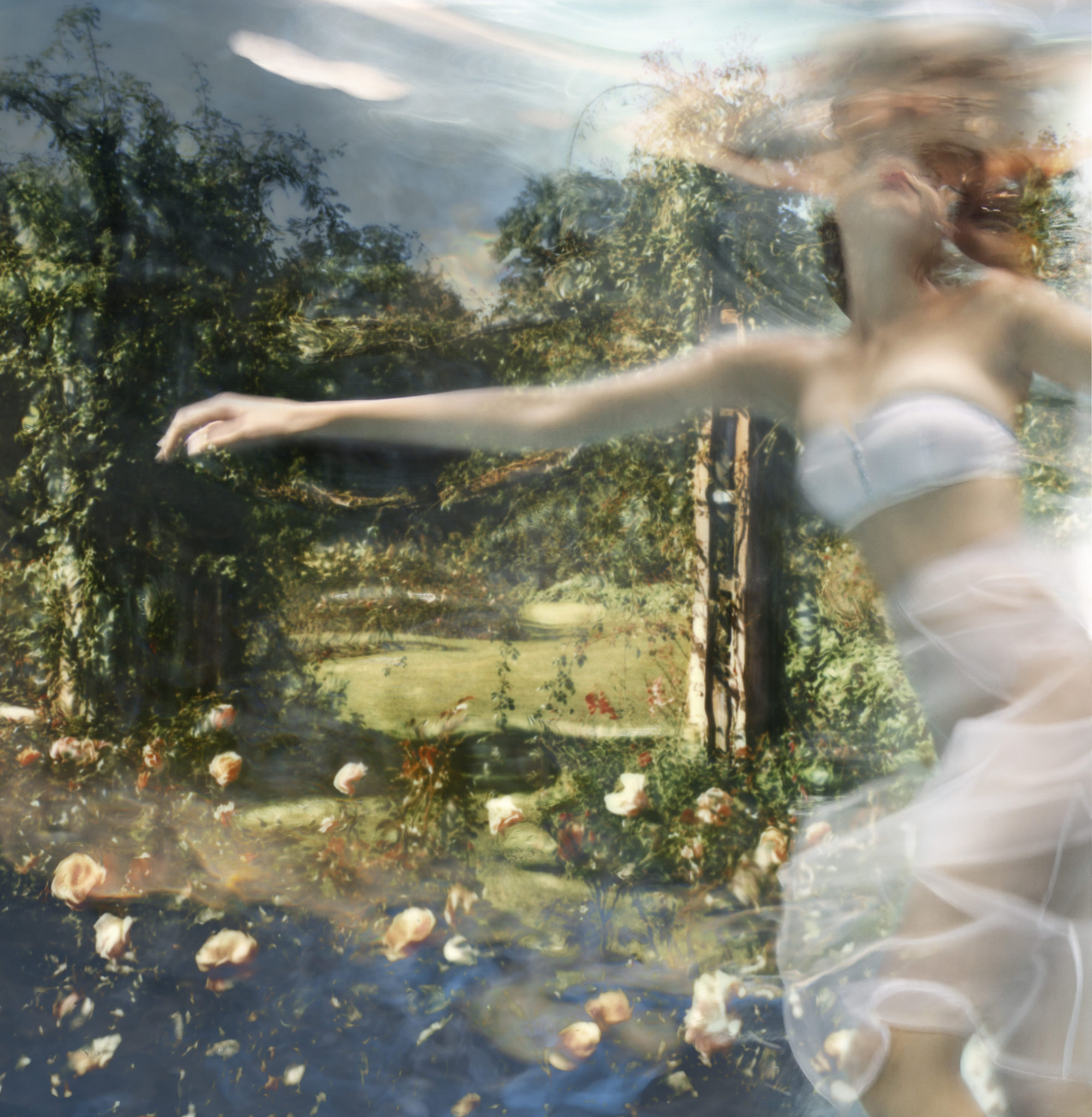 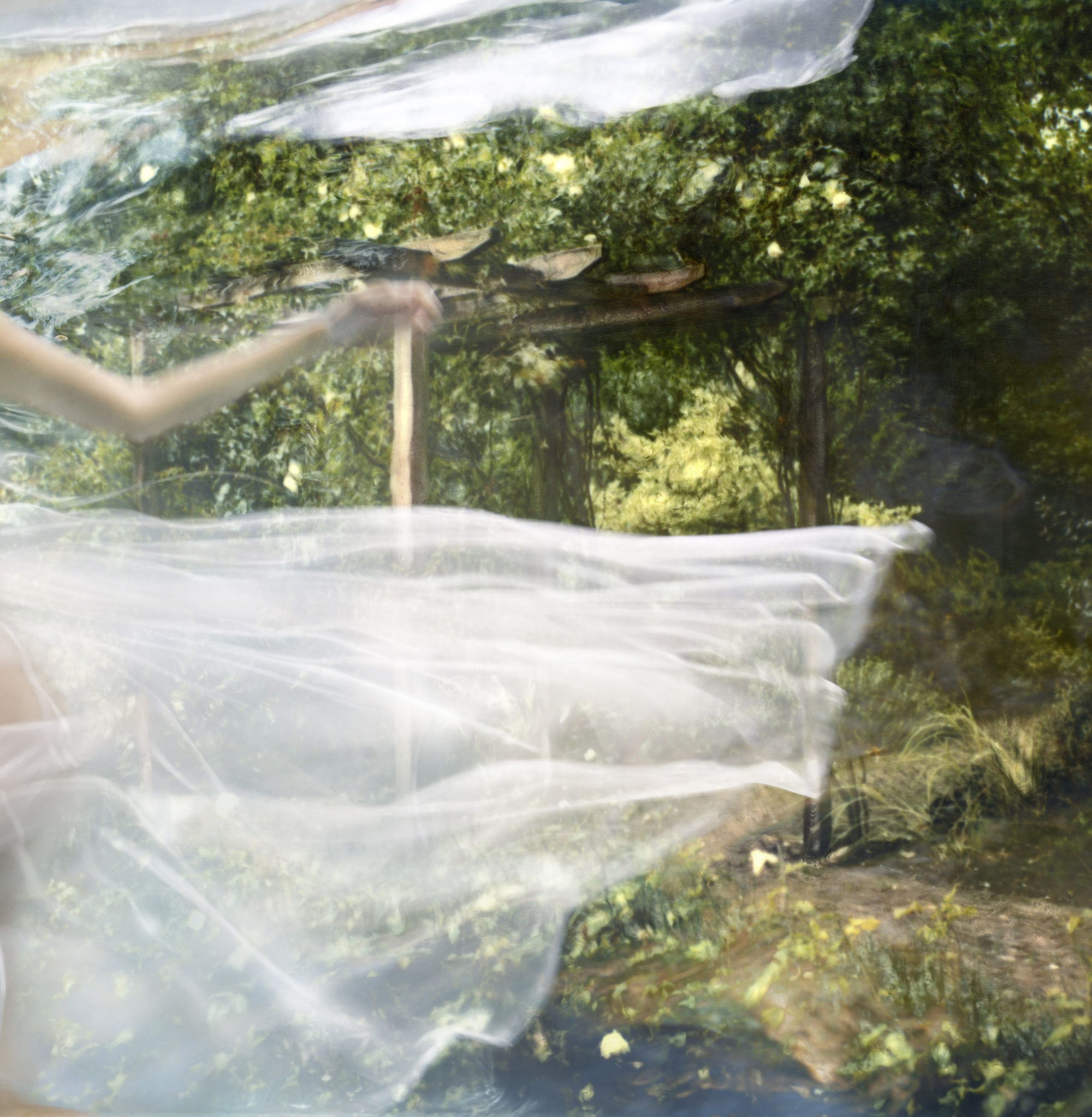 Duplicity is yet another project that got me super intrigued. It shows reflections that add a whole new, even surreal dimension to Barbara’s recognizable painterly images. She tells me that some photos show a reflection of the model from the surface of the pool, but the others were done with mirrors.

How?, I wanted to know. How do you use mirrors underwater? Is it dangerous and more challenging than other photo shoots?

Well, you definitely should be very careful with mirrors. This is why Barbara had two assistants for these shoots, carefully holding them. Even her husband, who doesn’t normally shoot with her, helped for this project. “You can never be too careful with mirrors,” Barbara says through a smile.

Since shooting underwater is her second nature, she observes the pool is like her studio. This is why it was perfectly expected for her to take the mirror from her studio and use it in the pool. 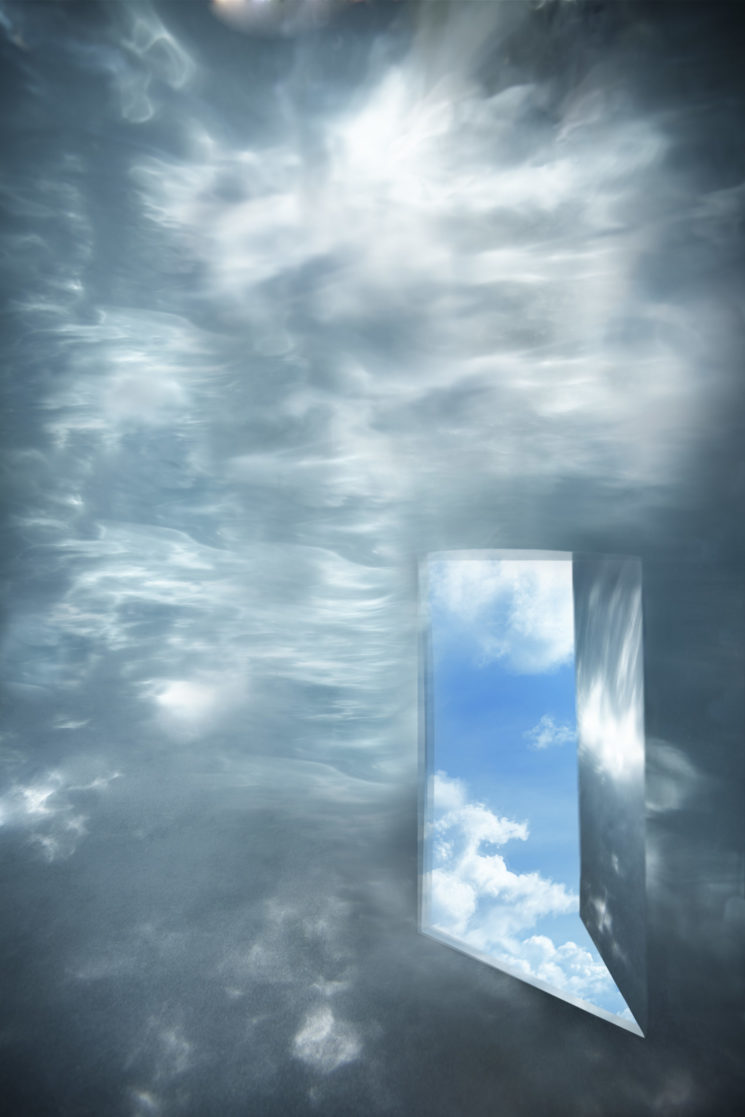 Surfacing is another project that brings an interesting story of how it was made, but also an important and moving message that we all need to hear. “It represents triumph, survival, and self-actualization,” Barbara writes on her website. The project was made to empower the women who struggle with mental health and who suffer in silence. And it comes from a very deep and personal place – Barbara’s own experience.

The photographer has struggled with mental health issues since childhood. But she gathered the strength to face it and took the steps to beat it, even though it’s an ongoing battle. “I haven’t beaten mental illness, but it certainly hasn’t beaten me,” she says, and I think it’s so well put! And she eventually gathered the strength to speak up about it, both in words and in images.

Like most great projects, this one also started as a vague idea. But as she was working on it, things “clicked” and Barbara figured out in which direction she wanted to go. While the photos of models were taken in a pool, this is another project where Barbara used backdrops digitally added in Photoshop. “You can’t get that feeling of vastness in a pool,” she tells me, so she used Photoshop to achieve the look that she wants. And creating this project took quite a while – it lasted for two years.

With Surfacing, Barbara collaborated with organizations Bell Let’s Talk and the Campaign to Change Direction to help to spread awareness and break the stigma around mental health issues. What’s more, you can also find useful mental health resources on her website.

“The best way to challenge the perception of what a person with mental illness looks like, and combat the stigma of mental illness, is to begin a free and open dialogue. That is what I am attempting to do with Surfacing.” 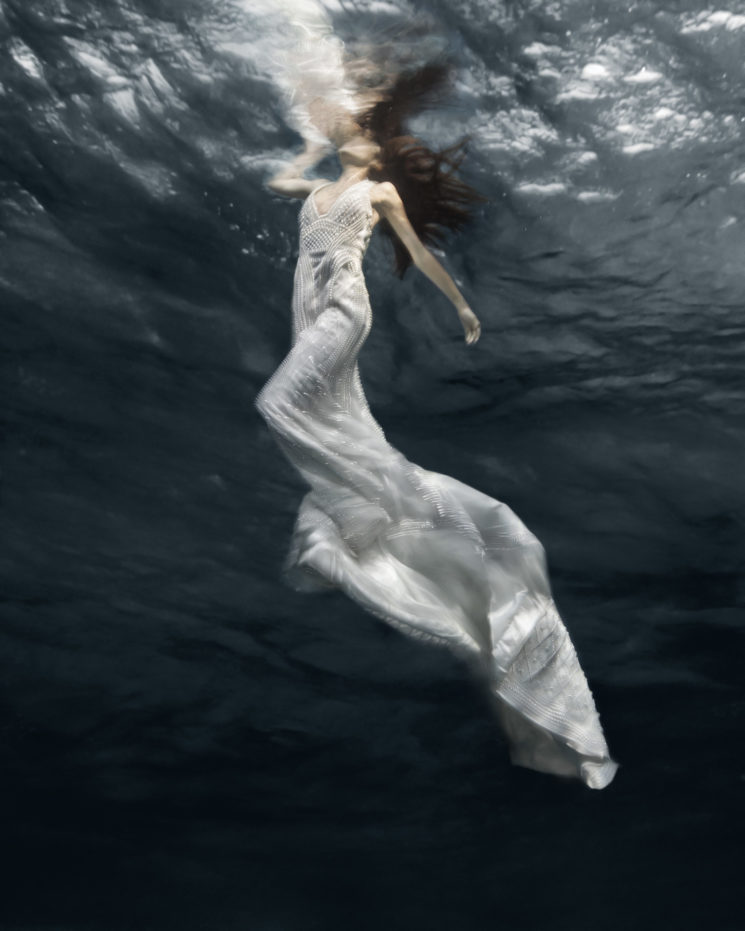 I leave you now with more splendid photos from Barbara Cole. Make sure to view more on her website, as she has a pretty cool virtual tour that guides you through each of the collections. You can also follow her work on Instagram and buy her monographs here. And on behalf of myself and DIYP team: Thank you, Barbara, for taking the time to chat with us. 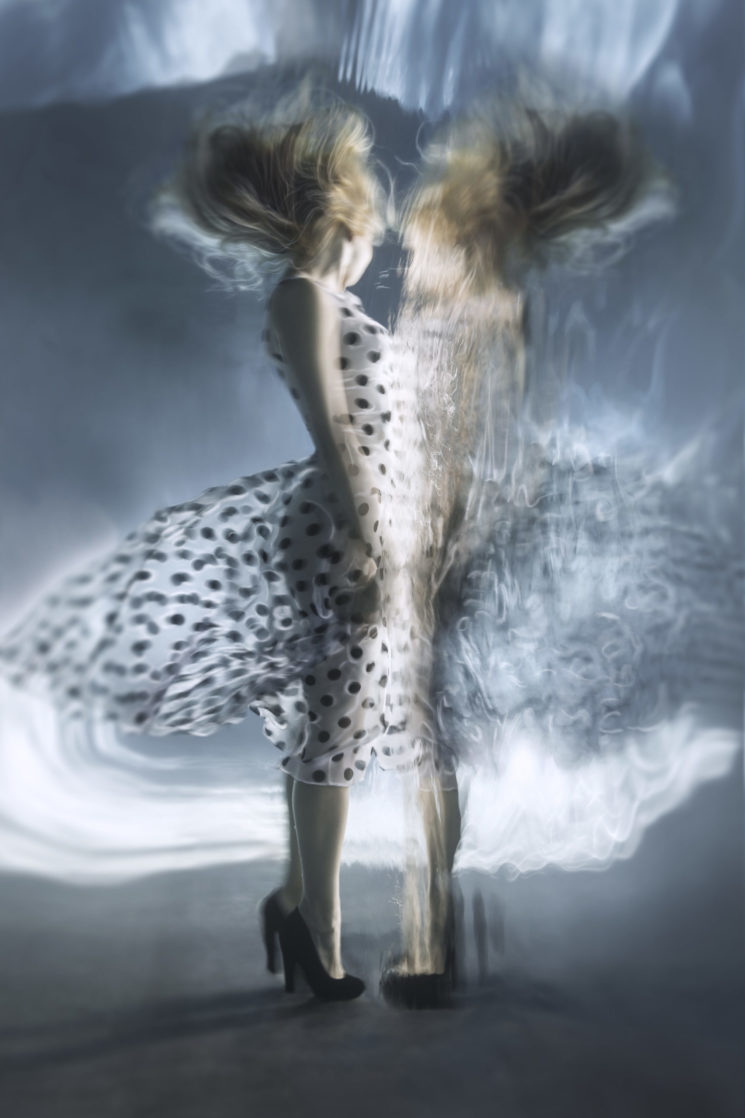 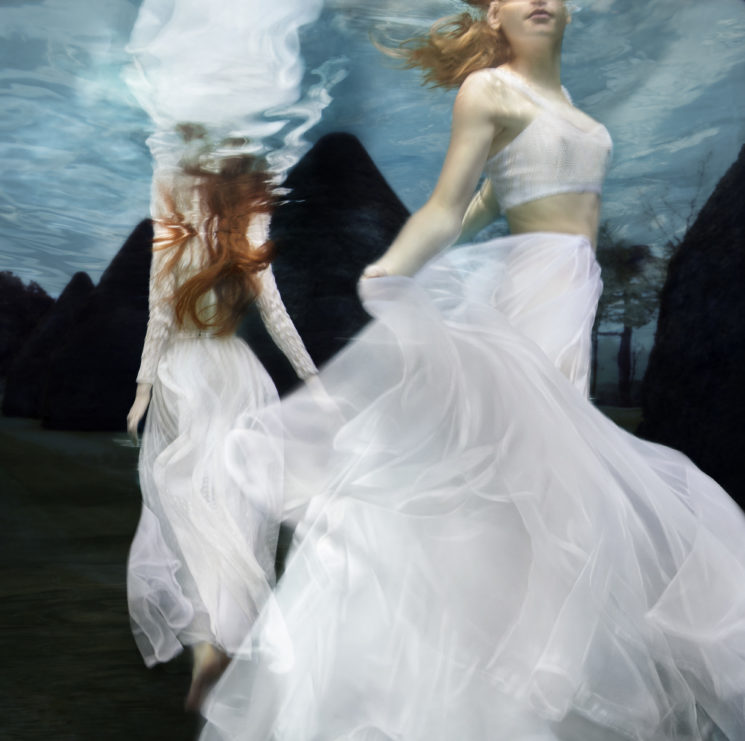 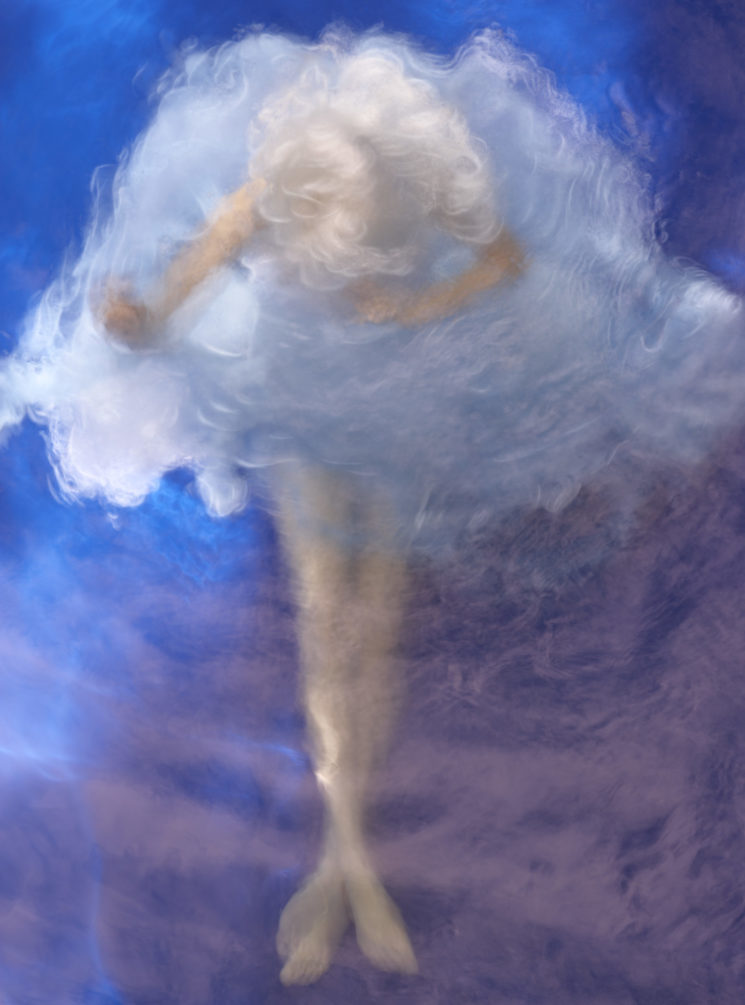 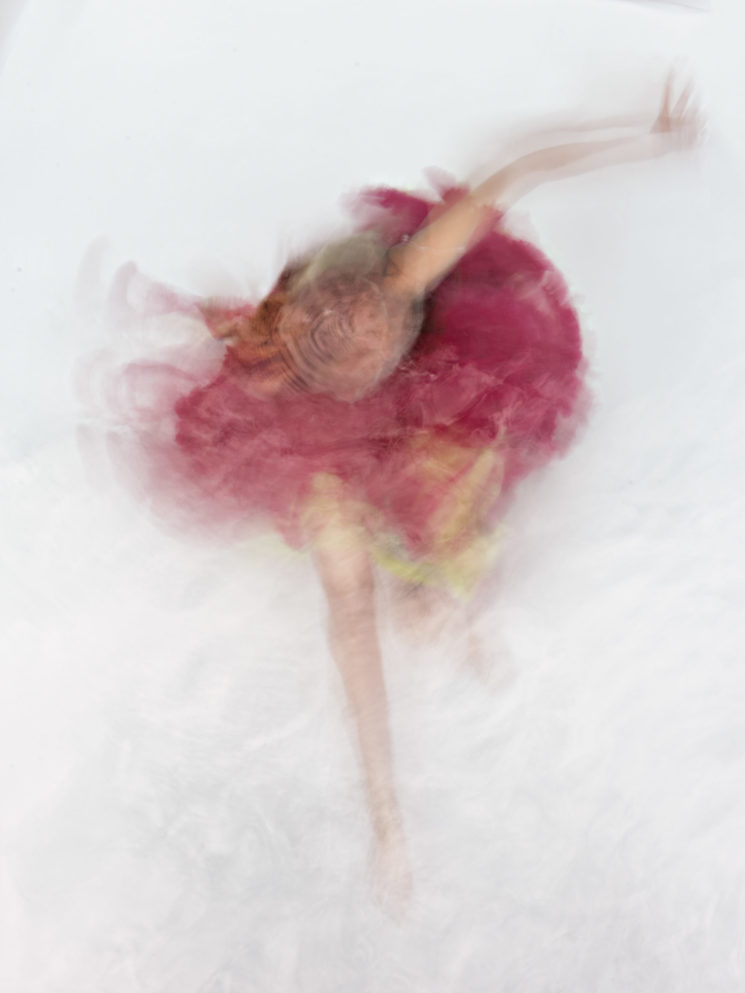 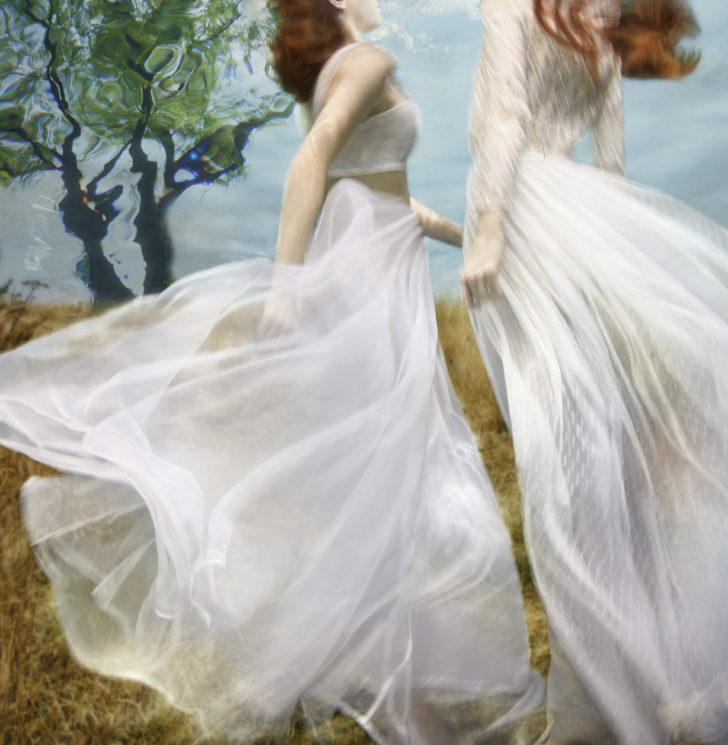 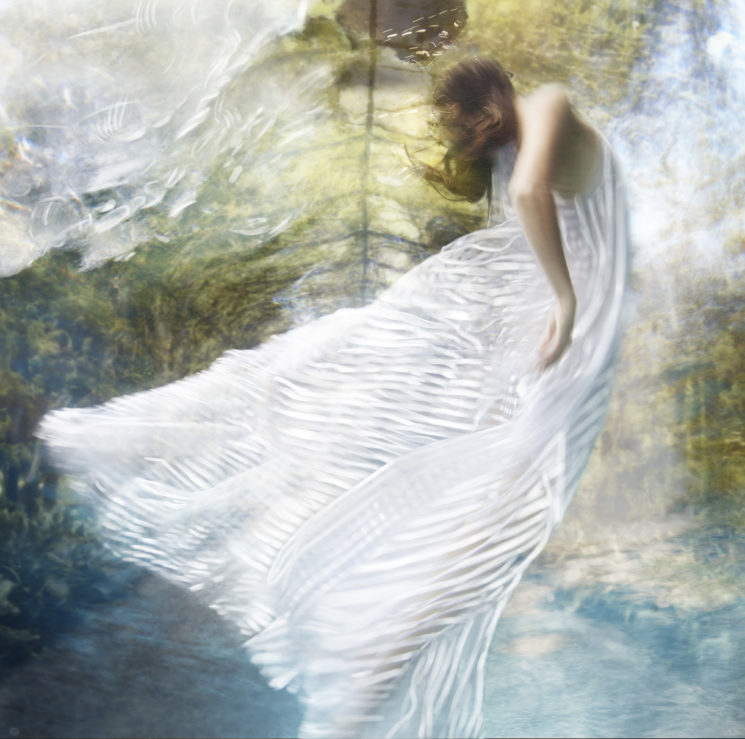 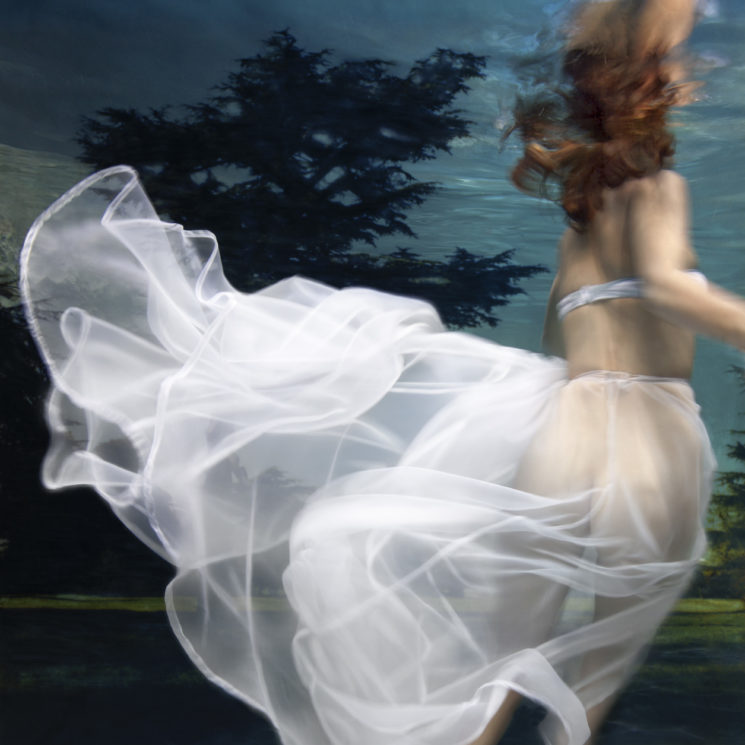 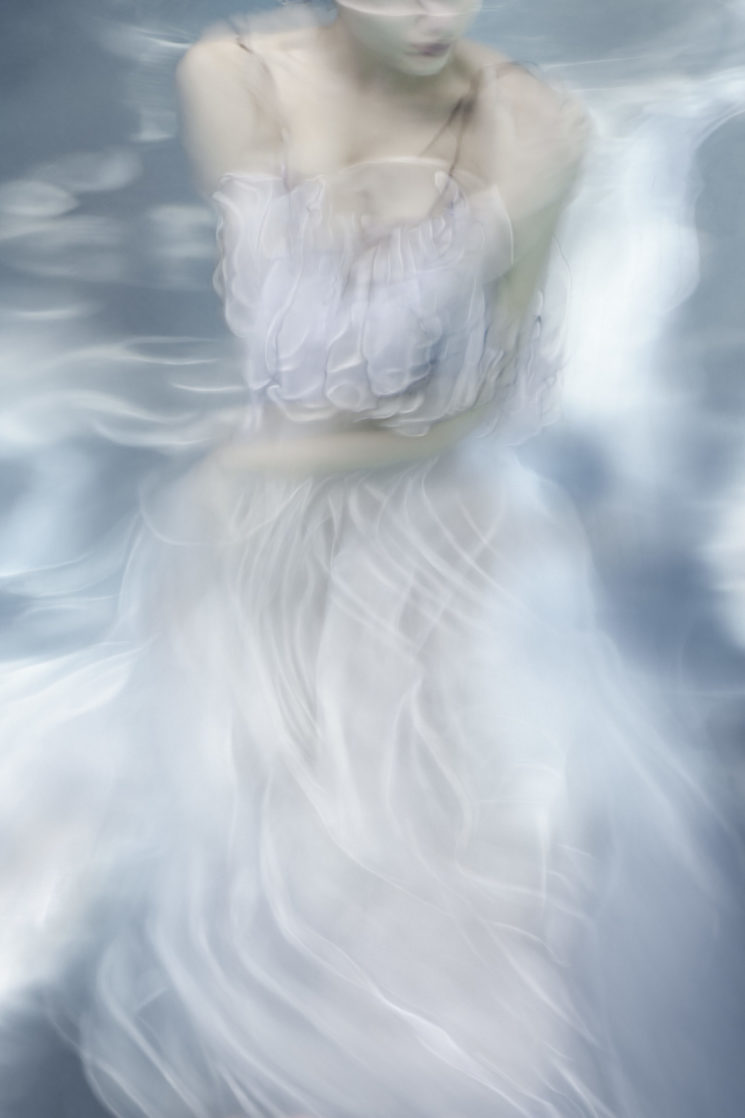 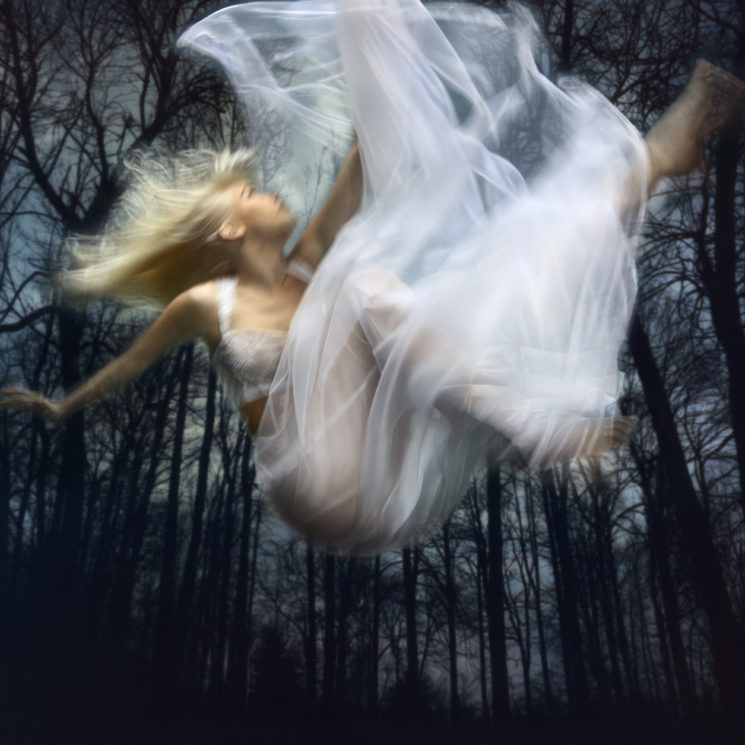 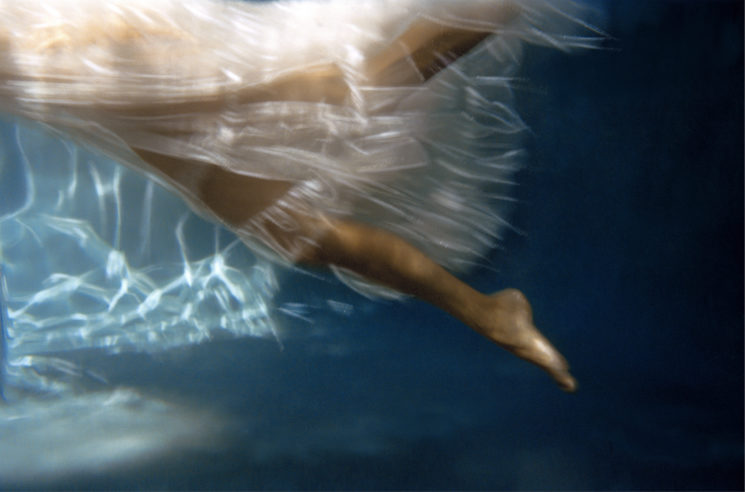 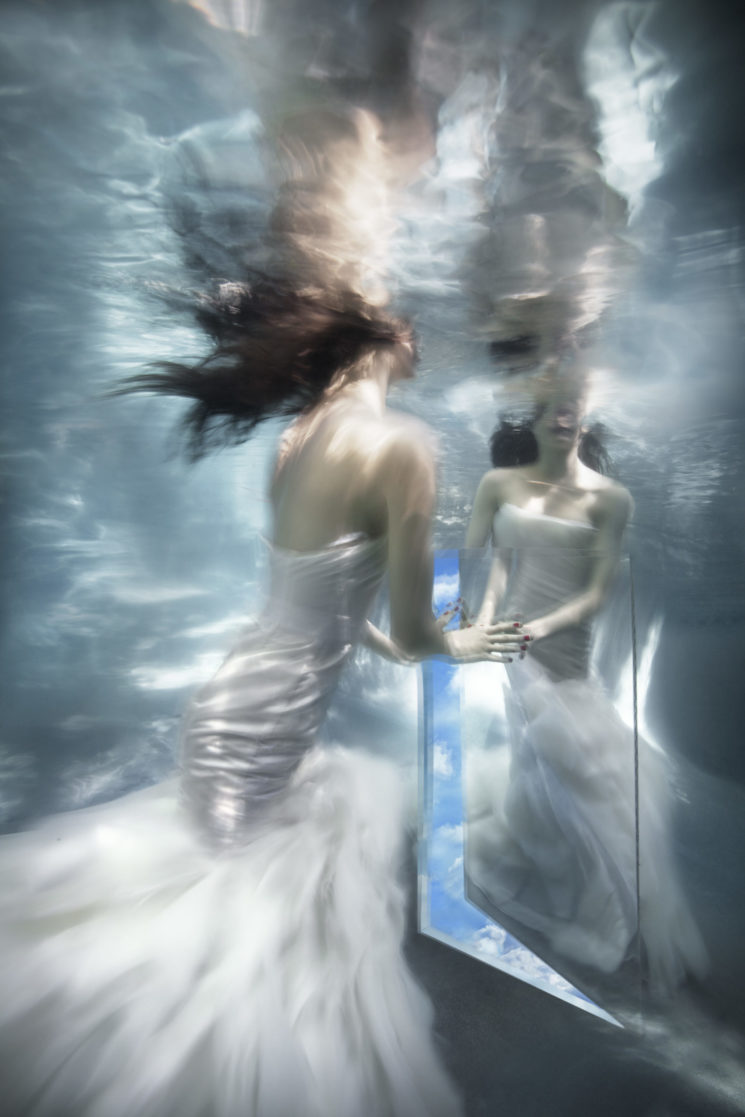 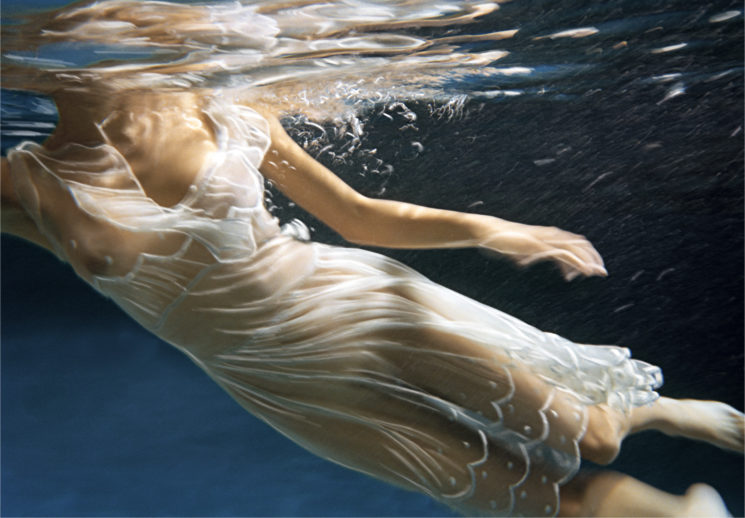 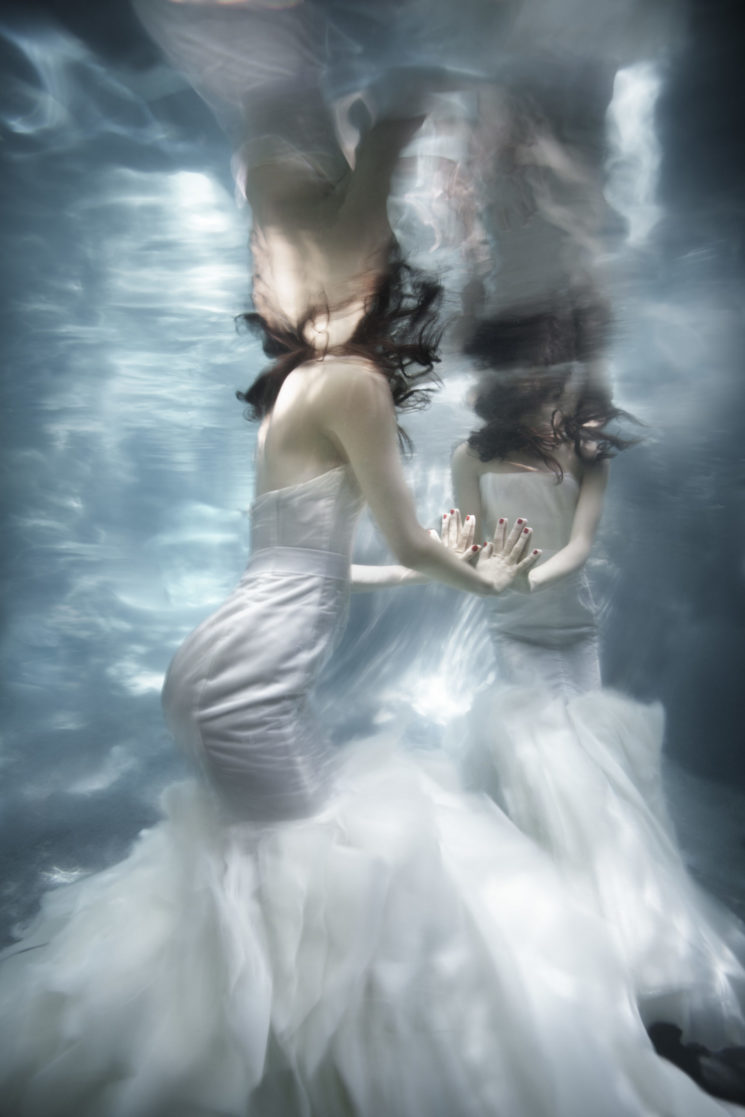 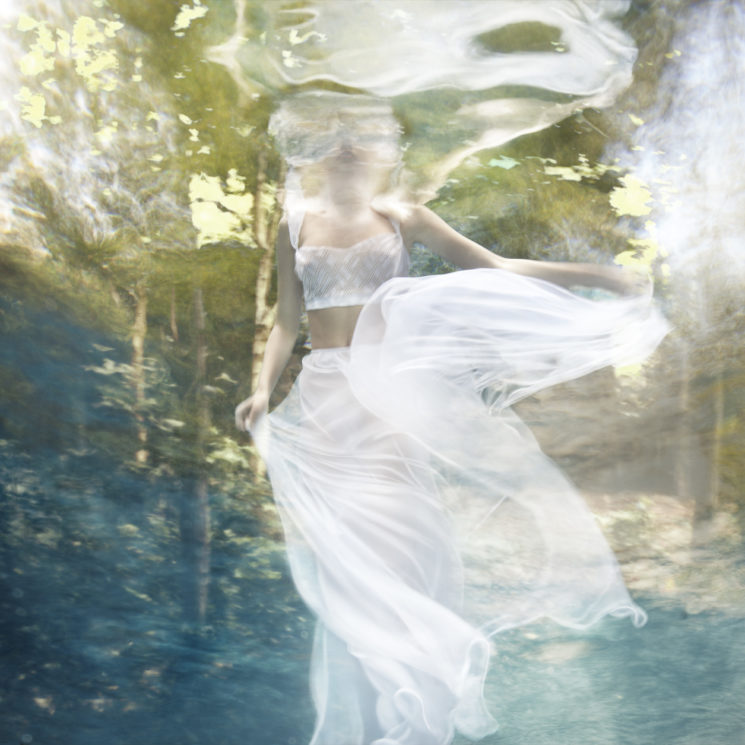 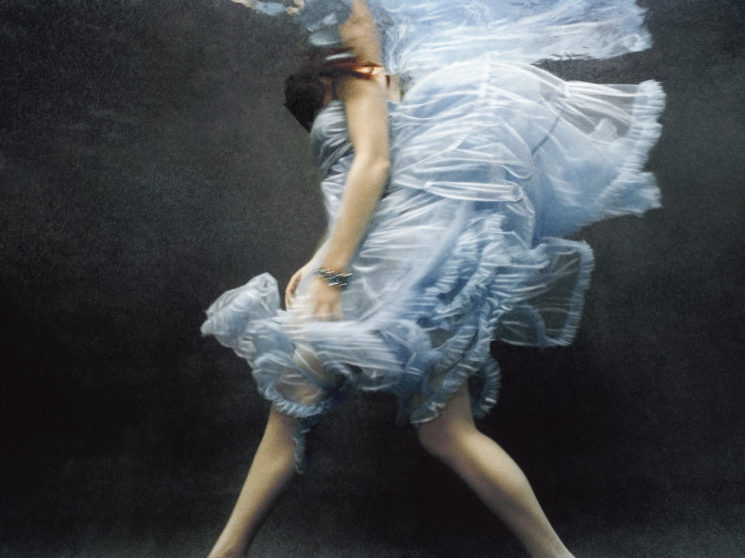 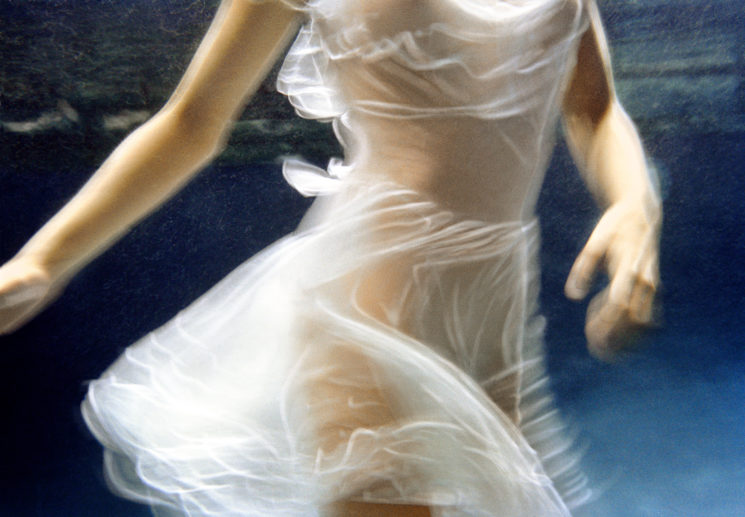