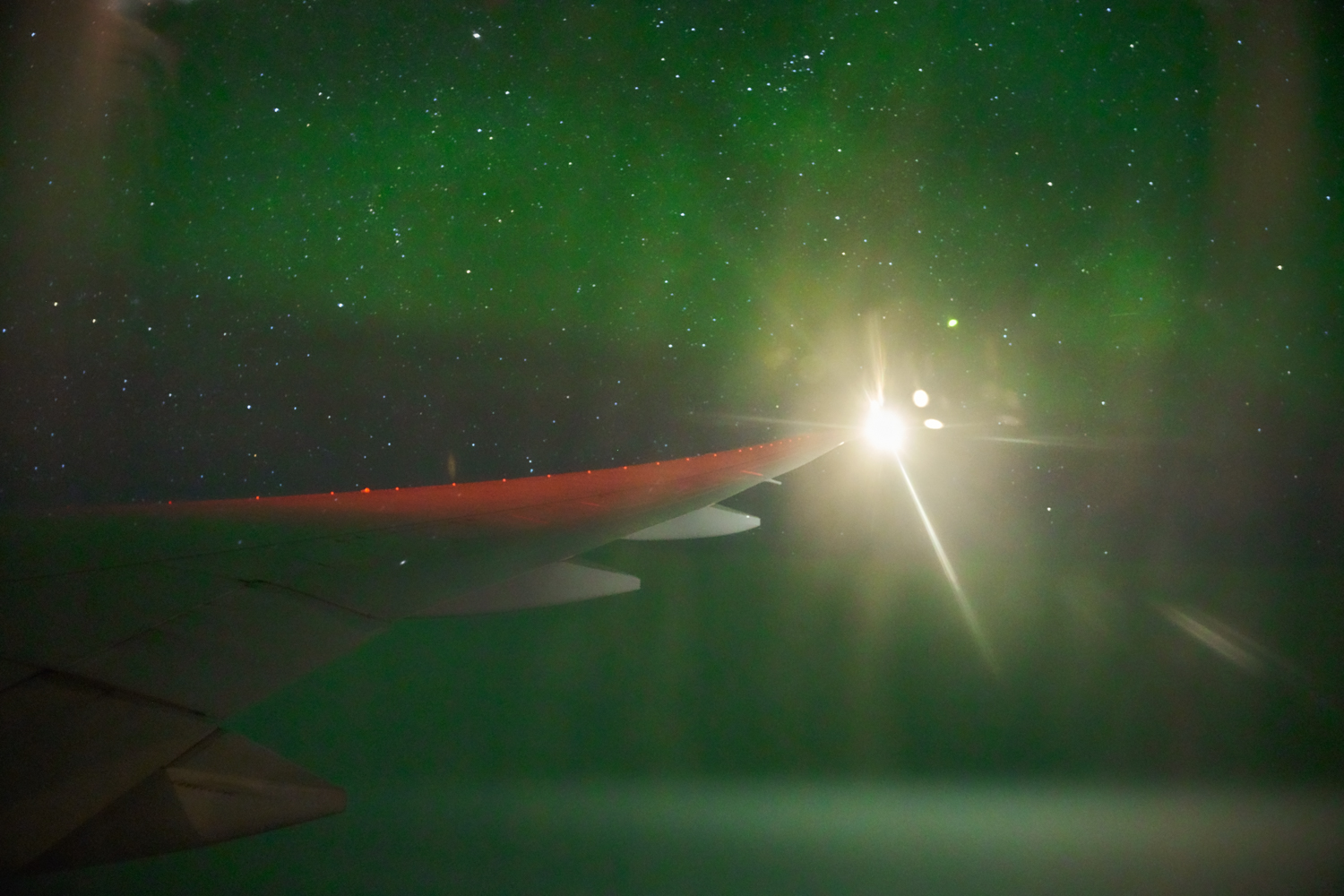 Rajesh Jyothiswara tells DIYP that he for a few years has tried to capture the northern lights from a plane. High above the clouds covering Greenland he finally succeeded. Rajesh adds that getting a suitable window seat is mandatory in order to capture the aurora from a plane.

What makes this image so special is that the wing adds depth to the image. It also works as a leading line. The bright light at the end of the wing truly makes the image pop. To the spectator, it gives an illusion of the moon also being in the frame.

Rajesh admits that the bright wing light made it hard for him to see the northern lights with the naked eye. He continues: “There was some hint of it, however. To make sure I won’t miss out on it, I was taking periodic test shots in between my dozing spells. Finally, I saw a faint occurrence of Aurora beginning to develop.”

During the next hour, Rajesh shot a lot of exposures hoping to get a few good shots of the ghostly aurora. He shot mostly handheld, but also a few with a Joby GorillaPod 5K fastened to the armrest fashioned like a monopod. Rajesh explains: “To minimize stray cabin light, I used a Lensskirt. A vast majority of the shots were useless given the turbulence and the bright lights on the wing or the cabin lights.”

Rajesh Jyothiswaran is a landscape photographer from Texas. The seeds of his landscape and astrophotography journey were sown through his love of horticulture and landscaping with Texas native plants. His interests range from macro to astro, though landscape- and astrophotography in places rarely photographed excite him the most.  You can see more of Rajesh’s work on his website and follow him on Facebook, Instagram, and Flickr.