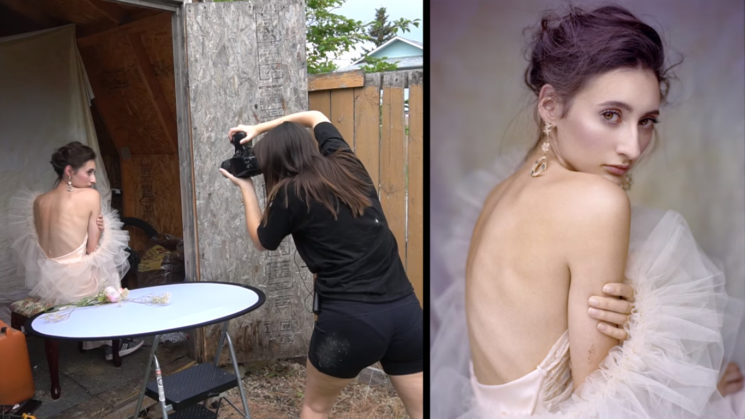 Shooting with only available light can be quite a challenge sometimes. The same goes for shooting in small spaces, as well as shooting in ugly locations. But what happens when all three conditions meet? Can you imagine taking professional-looking fashion photos in a tiny, ugly backyard shed with nothing but available light? Irene Rudnyk can, and as a matter of fact, she did an amazing job shooting in these conditions. In this video, she shows you how she did it, so you can learn how to take magnificent shots even in impossible conditions.

Irene photographed her sister Orysia, and they went full DIY, which I absolutely love. Not only did Irene improvise a studio from a shed, but she also did Orysia’s hair and makeup and made her dress. She used a bright backdrop behind the model and added a reflector underneath her chin. Since she only shot with natural light, this reflector additionally lit the model and created interesting catchlights.

Other than shooting with a Canon 5D Mk III and an 85mm f/1.8, Irene shot another set of photos on film. She loaded Kodak Portra 400 color film into a Mamiya 645 and fired a couple of shots with it, too. And I find the results, honestly, really amazing! 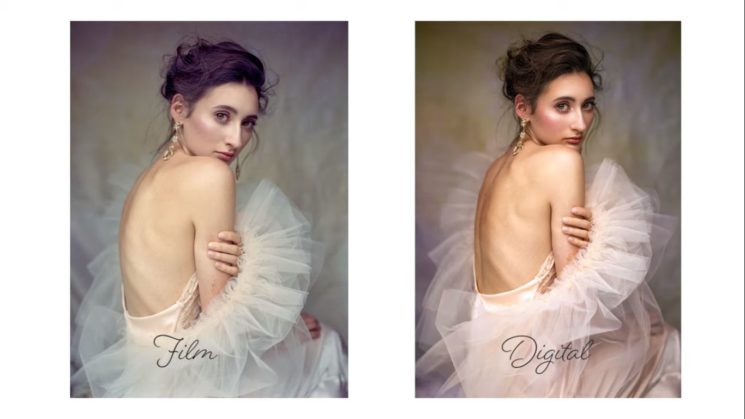 Make sure to watch the video and see more photos Irene and Orysia ended up with. And remember: if you have enough skill and you’re willing to improvise, even a tiny backyard shed can become your studio.

Adorable Photos of Squirrels in a Backyard Studio