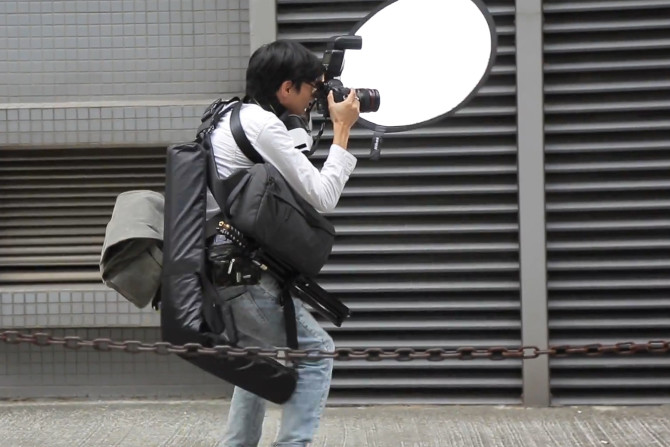 You know them, you’ve encountered them, you might even be one of them and now you can finally learn about more about them.

In a 5-minute long Nat Geo-style documentary parody, the team at DigitalRev TV present nine of the common species of amateur photographer you can spot in the wild.

The species include the Streetus Togus, easily found in the urban jungle, and the extremely territorial and annoying Photographus Bombus.

Watch the humorous video to also learn about the Gear Whore-us, the Instagramanus and other widespread species.

This video was filmed in Hong Kong, but no matter where you live or where you travel, you’re bound to run into at least a few of the species portrayed in it.

There’s a good chance many of our readers belong to the Shootus Tittus species and I suspect some used to be a Gear Whore-us.

While the latter is often just a phase, other species such as the Photographus Bombus tend not to evolve and remain that way throughout their entire life.

It is not mentioned in the video, but the species of Instagramanus and Foodie-Grammus are newly discovered and their future is unknown. Skeptics believe both species might become extinct within a few years.

Pros Vs. Joes – The Difference Between Amateur and Professional Photographers

« This Footage Will Make You Wish You Lived Near a Volcano
Adobe Announces 2015 Creative Cloud Release, Unveils New Features »