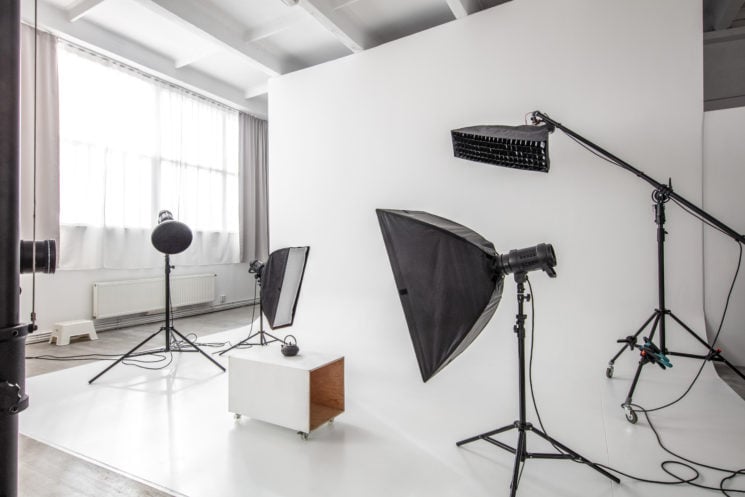 When you first start shooting in a studio, it’s very exciting – but it can also be overwhelming. There’s so much to learn about studio lighting and so many mistakes that you’ll make. In this video, Karl Taylor mentions nine of the biggest mistakes photographers make when they first start shooting with studio lighting. Of course, we all learn from or mistakes, but let’s try and flatten that learning curve, shall we?

1. Not understanding the physics of light

Photography is an art form, but it’s also a science. And if you want to master the use of light, you need to know how to record it, direct it, and modify it. The term “physics” sounds overwhelming, especially if you’re like me and don’t really have a science-oriented mind. But worry not, there are actually a few concepts that you need to learn. They include:

2. Being afraid to experiment

Karl has noticed that most photographers aren’t afraid to experiment with natural lighting. However, many of them expect to get a formula that will help them take good photos when they start shooting in the studio. But it isn’t that simple – you need to experiment and learn through trial and error. After all, we all need to fail in order to learn, don’t be afraid of it.

3. Relying on a light meter

Many photographers rely on a light meter to tell them how they should light the image. But “if you want to get creative,” Karl says, “you shouldn’t be taking directions from someone (or something) else.” Moving away from film photography enables us to experiment much more, so you don’t need to rely on the light meter and its readings. I mean, you can use it, but you’ll be more creative and faster if you don’t.

4. Lighting from the front

Karl has noticed that this is the first thing most photographers do when they first start shooting with studio lighting. However, the key light will rarely be directly in front of the subject. It’s usually placed on the side of the subject, slightly above, or even behind – depending on what or whom you shoot. For example, you can check out the primary lighting patterns for portraits here.

When you use studio lighting, it’s not the shutter speed that freezes motion – it’s the flash burst itself. It’s an important concept to understand, even though it often confuses photographers who are new to studio lighting.

6. Lighting from too far away

Sometimes, if you want the best results, the only option is to get close to your subject with the lights. Still, Karl has noticed that many new photographers seem to be afraid of it. The distance of the light from the subject affects the final look of the image, and it can make it difficult for you to control the reflections on reflective surfaces.

7. Not understanding the importance of shadow depth

Shadows are another thing you need to study and understand in order to get the best results and tell your story through your images. They provide contrast, depth, and mood to your mood, so you definitely shouldn’t ignore this concept.

Studio photography isn’t about lights themselves, it’s more about the modifiers. Choosing the right one is the key to getting the look and the mood that you want in your images. Check out how 17 different modifiers compare when shooting a portrait.

9. Using a lack of gear as an excuse

I’ve personally heard this many times, and not just in photography. But you know what they say – when there’s a will, there’s a way. After all, this blog is called DIYPhotography and here you can find a bunch of tutorials that will show you how to make stuff yourself and achieve pro-looking results. So, apply your knowledge and get the most out of the gear that you have. It’s much more important to know how light works than to have tons of gear.

When you first start using studio lights, you’ll still make mistakes and that’s perfectly normal. But these are some things to keep in mind so you can advance faster. Learn the basic concepts, apply them, and definitely don’t be afraid to experiment with all of them.

5 classic portrait lighting mistakes and how to avoid them