Who said that DIY equipment looks cheap? Motus – A 3 Axis motion control system – look great and polished. It is one of those machines that are DIYed but everybody secretly wishes they’d go Kickstarter. See the video below for a glimpse of its capabilities. 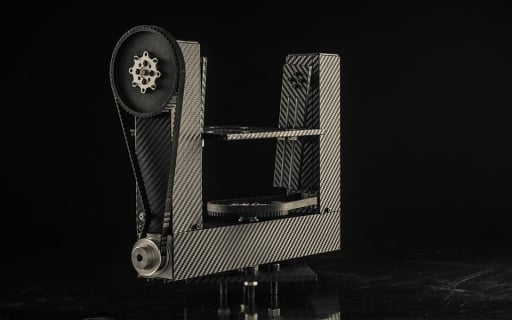 We interviewed Constantino Schillebeeckx, the freelance photographer behind the motion control system, about its capabilities.

UT: How did the project start? Did you base it of anything?

CS: The evolution of the project has been a long and sinewy one. I began working in a commercial photography studio and saw, as we started shifting towards video, a need for a solid slider. With my engineering background, I knew I could implement some sort of commercially available product, one based on the linear slides / linear bearings that are often implemented in industrial settings. After buying the linear slide, I started out on a quest to motorize it which led to a pan/tilt head, and applications such as time lapse, gigapan, GFX and live motion control. 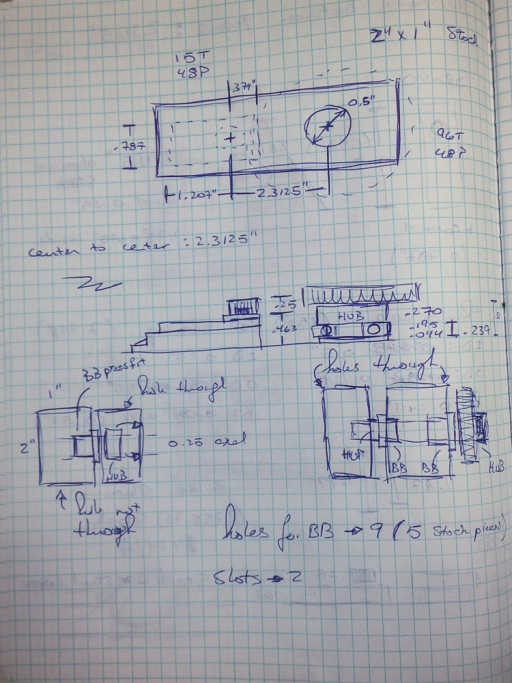 UT: Can you explain how Motus is used?

CS: Motus is, currently, a 3-axis (dolly, pan, tilt) motion control system; what that means is that through the control box, you can program a specific path of motion, and then repeat that path of motion exactly. The benefit of that is that you could, for example, do multiple passes of the same move and add/remove elements in your scene; later, in post, you can edit things to appear and disappear in what seems to be one fluid shot. Furthermore, since we have exact control over move increments, you can use Motus to do time lapse photography as well as gigapan photography. 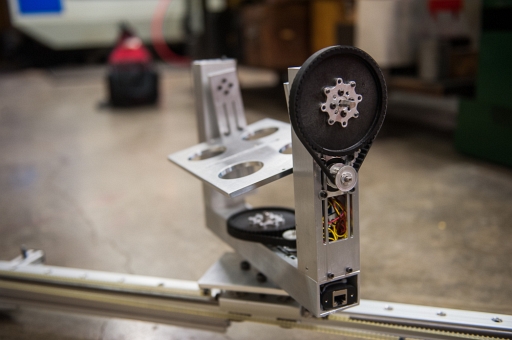 UT: That sounds pretty interesting, for the sake of photographers who are starting out, can you list the parts in the system

CS: The full parts list is long/detailed and it’s one that suits my needs; each person will be different regarding their application, and so will need different parts. However, the basic list goes as follows (link to a sample part with each part): 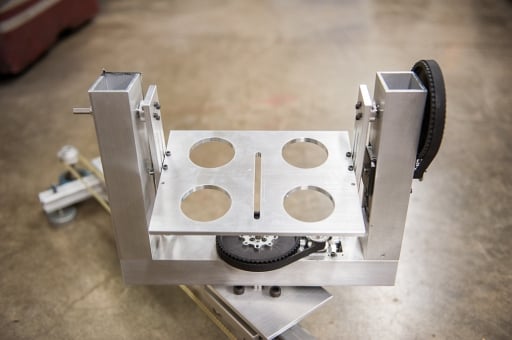 UT: What is part that the Arduino plays in this setup?

CS: The Arduino is the brains of the whole operation, it’s the CPU, it tells the motor driver when, how fast, with what kind of acceleration and which direction to energize the coils of the stepper. Iit also handles things like setting up the time lapse options (which are inputted though the joysticks and LCD) and keeps track of where the motors are (how many steps we have taken). Finally, the Arduino is also responsible for triggering the camera. 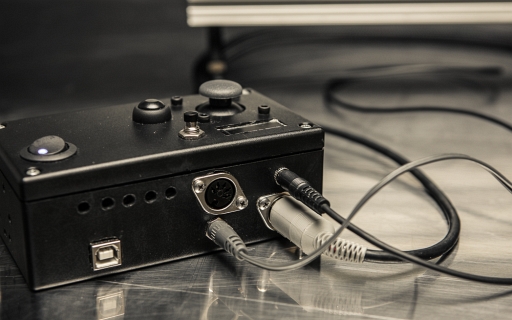 UT: What cameras does the Motus take, can it handle large weights?

CS: The current design, v2, is large enough to handle pro-DSLRs cameras as well as fit something larger like the Canon C100. The new design, which will be larger and more robust, will easily be able to handle cameras like the Epic and Canon C300 while still providing smooth, real-time motion. 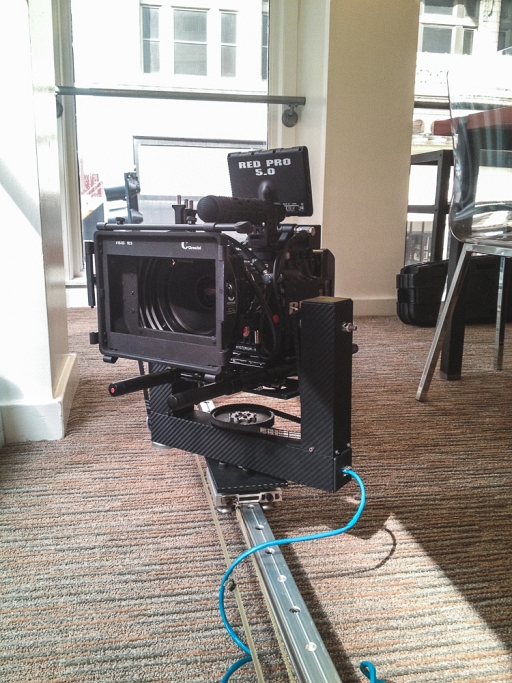 UT: What are you using to power this beast?

CS: The stepper drivers will dictate which power source you want to use. Typically, these can be in the 12V range; however I’m using industrial drivers which run at 24V and I’m using some hobby drivers (Big Easy Driver) which run at 8-30V. I’m using 12V to power my Arduino. Meanwell offers some nice power supplies but you can use almost any power source as long as it’s able to provide enough Amperage to power all the phases of the steppers. 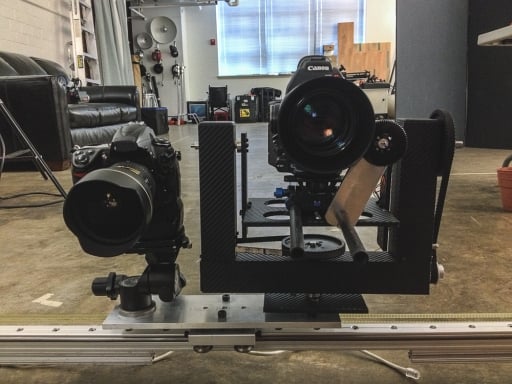 UT: What are the controls that you can use and how do they work?

CS: Currently I have two joysticks that can be moved along two axes, several standard push buttons, and an LCD. Through all these controls, the user can navigate the menu system and choose options for the time lapse setup (such as number of shots to take, the distance and time interval, etc) as well as the live motion options (set keyframes, adjust motor speeds, etc). The Joysticks are used to increment values and traverse the user interface; the buttons are used as “OK” or “select” buttons and to bring up the menu. 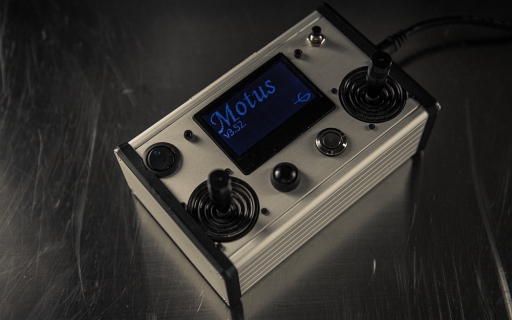 UT: Nuff talk, can you show us some more Motus in Action?

Even though it’s hard to tell; this video is a composite of time lapse and live video, both shot with Motus.

In this application, the time lapse spans a real-time duration of about 40 minutes; naturally we couldn’t get our talent to stand in that position so perfectly for that long, so we had to use a composite approach of time lapse and live video to achieve the shot.

UT: Can you explain the control mechanism?

CS: Regarding some of the more in-depth control, I’d have to defer to these fine sites; they’ll do a better job than I ever could. 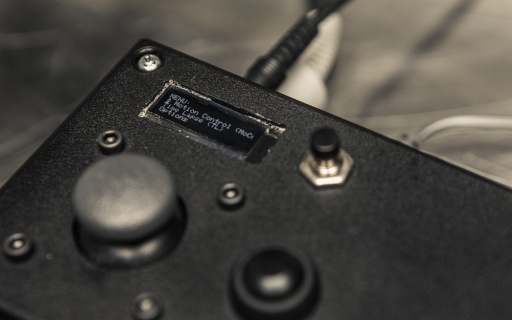 Is the Motus being used live, or is it just a fun project?

SC: Motus, in its time lapse capacity, has already been used for some clients; the footage now being in the editing room. Clients have spanned a broad range from agriculture to a local specialty clothing company.

CS: My efforts are now focused on releasing the next version of the pan/tilt head and control box. The new pant/tilt will be better able to handle cameras like the Epic and will offer real-time, smooth video motion which is controlled live through the joysticks on the control box or through Dragonframe. Another two axes, zoom and focus, have been added. Along with a touch screen, the new control box will record the move to an SD-card; this trajectory can then be loaded into a virtual environment and the same move can be repeated with 3D elements which then allows you to seamlessly combine it with the live-action video or it can be used to repeat a predefined path. 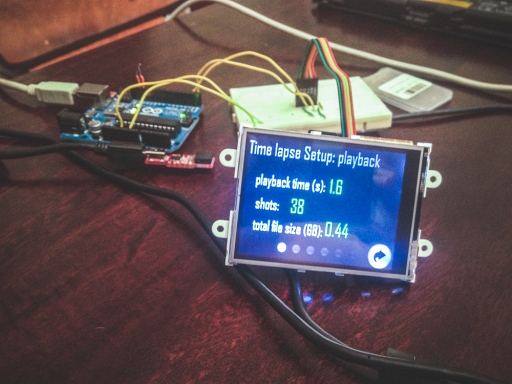 If you want to take a stub at a similiar project, you can try building this Amazing Super Versatile DIY Time Lapse Dolly it uses similar mechanisms and has full instructions.

The Ilford Harman Titan Is An f288 Beast

« Pros Vs. Joes – The Difference Between Amateur and Professional Photographers
Alone In Iceland – A Beautiful Time Lapse Showing The Country »