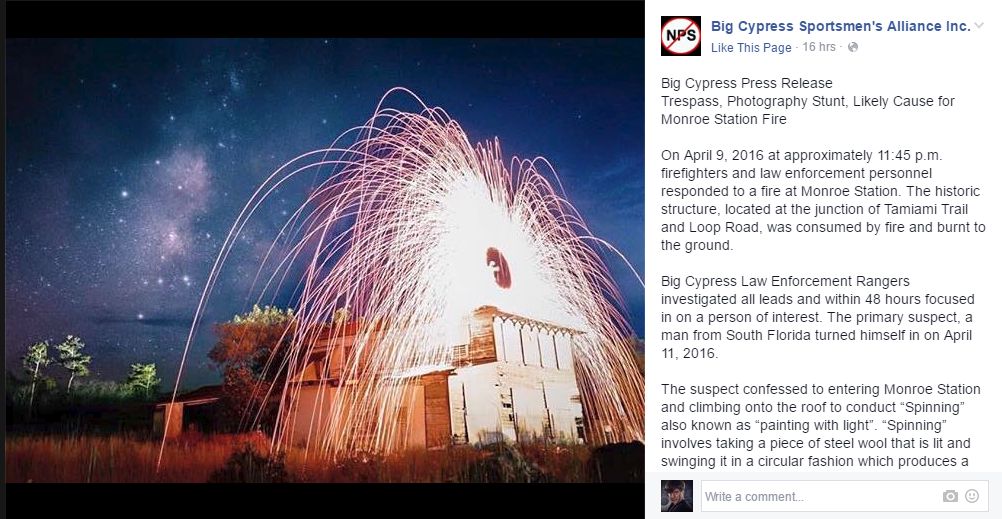 Now, this is why we cannot have nice things.

While I am not enjoying saying this, it looks like photographers are slowly earning the bad cred that authorities are giving them. After shuttering a 126 old statue for a selfie, it is now revealed that the fire on The Big Cypress Monroe Station last month was probably caused by a photographer trying to spin steel wool for a light paining photo.

In a press release by Bob DeGross Chief of Interpretation and Public Affairs at Big Cypress National Preserve, it is stated that:

The suspect confessed to entering Monroe Station and climbing onto the roof to conduct “Spinning” also known as “painting with light”. “Spinning” involves taking a piece of steel wool that is lit and swinging it in a circular fashion which produces a photo similar to a giant sparkler.

Two additional men from the ground photographed the event. It appears that during the photography activity a fire was sparked. The three men stated that they tried to put the fire out, but it spread too quickly and they fled the scene.

Here is the coverage of the original fire

Back in the ’20 where gas stations were also meeting points and convenient stores and restaurants and, well, gas stations, Monroe Station was one of six stations built across the Tamiami Trail and one of two remaining stations to this day (or to April). The station has been boarded and vacant for about ten years, but hey, this is still not a reason to burn it down. 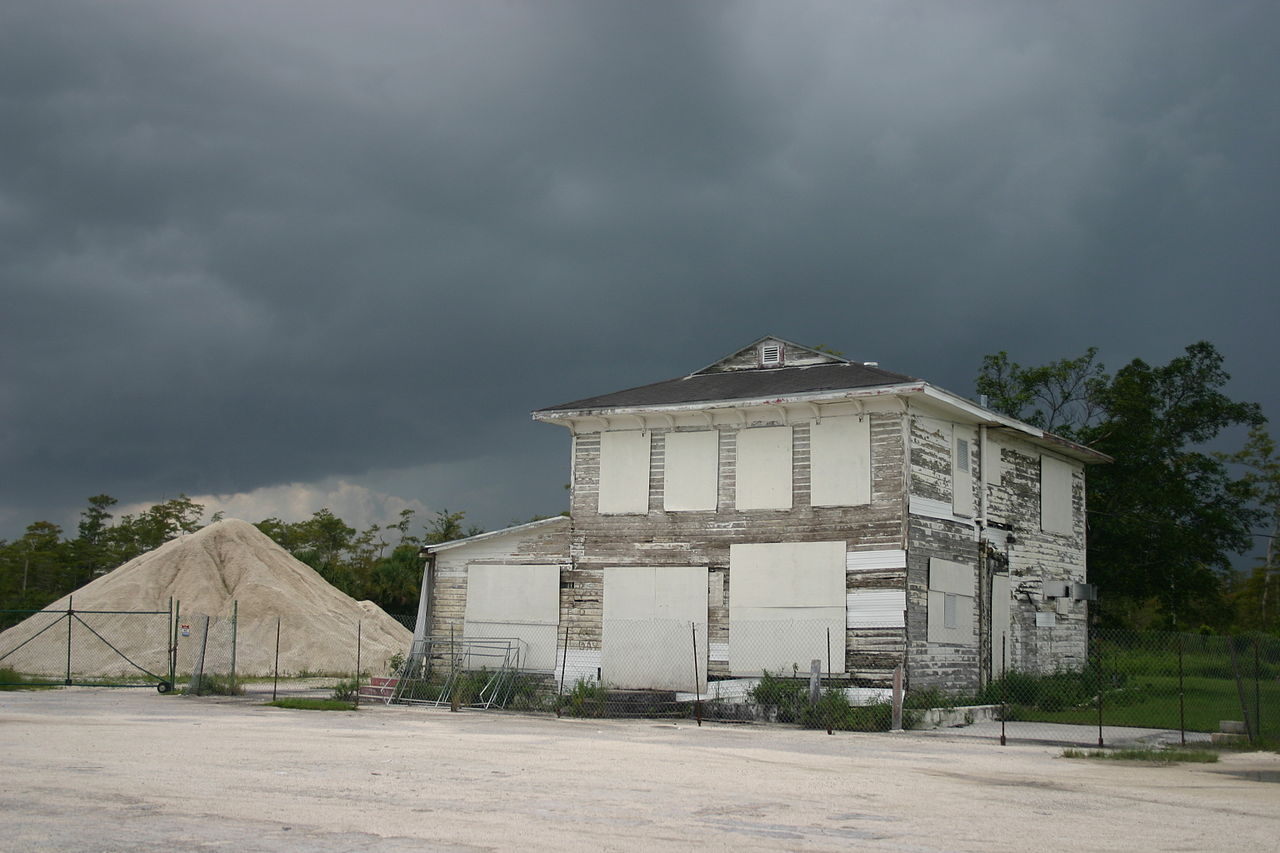 This sad incident joins the burning of  the S.S. Point Reyes in California in March, again for spinning steel wool. That is two strikes for the community in one month.

While it is easy to say that those were two isolated incidents, I think that they are showing just another side of “everyone is a photographer” wave that is watching over us. Any minimal research on spinning steel wool will have safety and careful location selection as the two most important things.

This company has actually made a steel wool “photography kit” and it costs $2.64

Steel Wool Light Painting Can Be Bad For Your Lens

How To Create A Steel Wool Light Painting Vortex