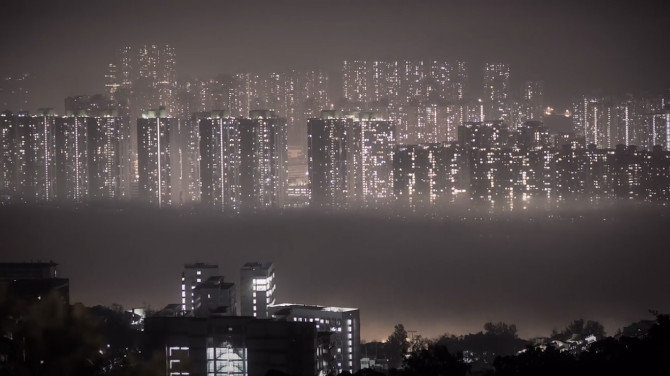 Timelapse and hyperlapse photographer, Patrick Cheung, has just completed his latest timelapse project, a music video for a Hong Kong based hip hop group, utilizing some really awesome hyperlapse techniques. Take a look at the music video below, then keep reading for a video tutorial where Cheung teams up with Kai from DigitalRev to show us exactly how to replicate the hyperlapse shots using nothing more than equipment you probably already have.

The music video, titled Ghost Style, is a melting pot of photography techniques in the sense that there’s something for everyone. Nighttime cityscapes, mountain views, shots of the milky way, and, at 2:55 and 3:01, Cheung even demonstrates a very clever way to incorporate wardrobe changes into the mix.

Pretty cool, right? To capture the all the diverse settings, Cheung travelled to 10 different locations and took 6,000 photographs over the course of a year. To get the insane  hyperlapses of Brandon, the musician and star of the hyperlapse,  he had to patiently and repeatedly move step by step for two hours. The process can be painstaking, but the resulting footage is totally worth is. If you’re feeling up to the challenge, Cheung is willing to show you how it’s done…

In the first half of the video, Kai walks us through how to make more traditional hyperlapses using just a DSLR and a tripod, two items commonly found in a photographers gear bag. The second half of the tutorial, Kai meets up with Cheung and they show us how to make hyperlapse videos, like Ghost Style, that are more centric to a person as a subject rather than an inanimate object. Okay, here we go…

The first thing Kai points out are fundamental to this type of technique:

Calculating The Shots And Movement

To determine how many photos you will need to complete they hyperlapse, you’ll need to first decide how long you want your clip to be. Use this equation to figure out the rest:

Number Of Images To Take

For the video Kai and Cheung made, they knew they wanted 6 seconds of footage and would be editing the footage to play back at 25 frames per second, so, using the formula from above they were able to determine:

Next, they had to determine how far the subjects movement should be in between shots to give the footage a seamless look. To do so, they measured the distance of the shooting location and divided it by the number of shots they needed to take. For example, their hyperlapse would cover 605 inches of ground in 150 photos, so:

The subject will have to move approximately 4 inches in between each shot.

As Cheung noted in the video, using a monopod with a tripod foot is actually much easier to maneuver, especially on uneven ground, which will save you time, however, using a tripod correctly with precise movements will give you a more fluid end result, but either one will work. Also, utilize the virtual horizon option on your camera or refer to the level on your tripod/monopod to ensure that you are always shooting straight horizons, this all has to do with consistent framing!

Okay, it all has to do with consistent framing and repetitive movements. A lot of repetitive movements. Kai had to make the same movement 150 times for just 6 short seconds of video. That’s something you may also want to consider during the creative process and when storyboarding ideas for your hyperlapse. Start with a short clip until you are more practiced, then work your way up to a masterpiece. And when you do make the jaw dropping hyperlapse of your dreams, be sure to share it with the DIYP community!