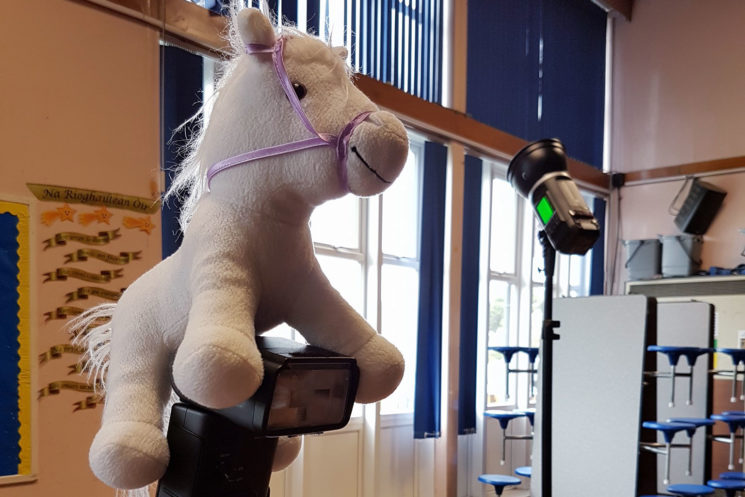 They say to never work with children or animals, but as a photographer, it sometimes can’t be helped. I avoid kids at all cost, preferring animals. Photographer, Paul Monaghan, though, is happy to photograph kids, as he recently did for some school portraits. Of course, photographing a bunch of little kids isn’t easy.

They have short attention spans and get distracted easily. They don’t want to have to sit and look at a camera pretending to enjoy themselves. So, Paul enlisted the help of his “magic pony”. It’s a great technique to get the attention of those you want to face the camera, so DIYP had a chat with Paul about it.

I was shooting an annual calender shoot for a local school, it’s a fund raising thing where the kids dress up as different themes

The horse ended up there thanks to one of the parents at the shoot. Getting 20+ kids to look the same way isn’t that easy and I was asking them to look at my hand only for them to raise their hands.

The joy of working with young children who aren’t entirely sure what you’re asking them to do.

It was mostly for the nursery kids section, they started shouting cheese pony which I found pretty funny and It worked as it held their attention much better than the camera did alone.

Paul’s used this technique before with children, although usually individually, not in groups. He finds that they tend to respond best to their own personal favourite toy or character. This then (don’t laugh) evolved into a hand puppet (again, don’t laugh).

I had done this like this before by holding a kids favourite toy above my lens, this then evolved to a handpuppet (fluffy magicians bunny in a tophat) that I used to place over my flash, photography is all about improvising and using what you can do get the job done.

And, as for the animals, it works for those, too. Using their favourite toys or a treat.

One of my most epic family shots had me using a dog biscuit to get the familys dog just perfect in the frame. 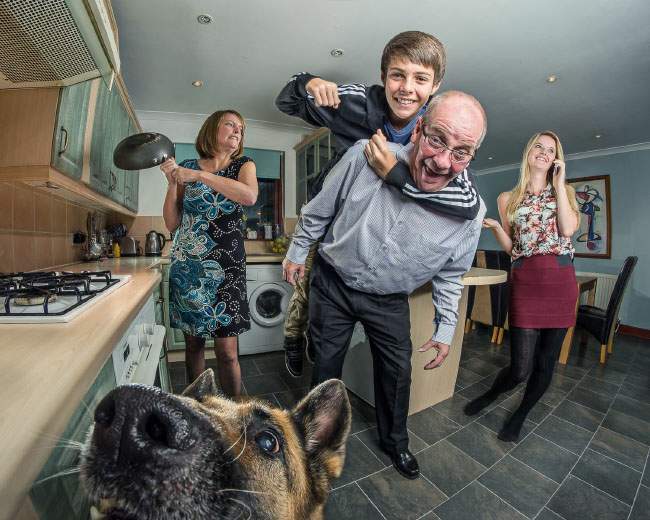 I use this trick with animals often, too. Food or their favourite toys draws their gaze and gets them looking where you want them to look.

Who know it’d also work on kids? I still wouldn’t want to photograph them, though.