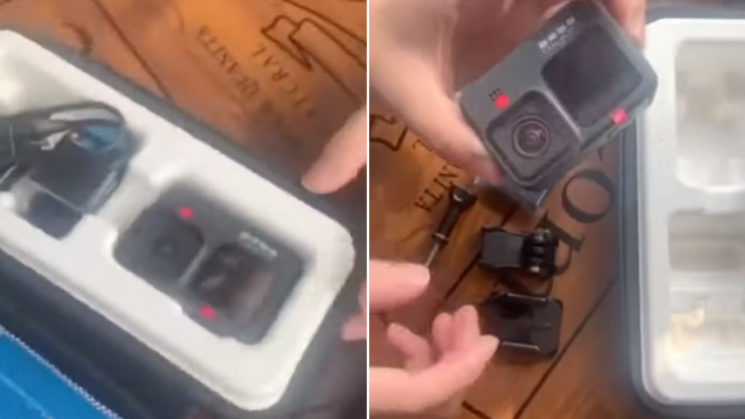 A few weeks ago, we had a chance to see some leaked photos of the upcoming GoPro Hero 9. Rumor has it that it will include some novelties such as a color front screen and 5K video capabilities. Well, if you’re curious to see more of the Hero 9 before it gets announced, take a look at this unboxing video that’s leaked before the official announcement.

Cat Review posted the video on YouTube and it’s, well, a classic unboxing video. You can see the content of the box including, of course, the camera itself. The user doesn’t switch it on so we can’t see if the front display is really in color. However, we do see that it’s larger than the display on previous GoPro Hero models. Judging from the previously leaked images, I believe that we can expect a color display, but I guess we’ll wait some more to confirm it.

« Nikon announces 50mm f/1.2 and 14-24mm f/2.8 full-frame Z-mount lenses
People get offended by everything so Audi apologizes for a campaign photo »