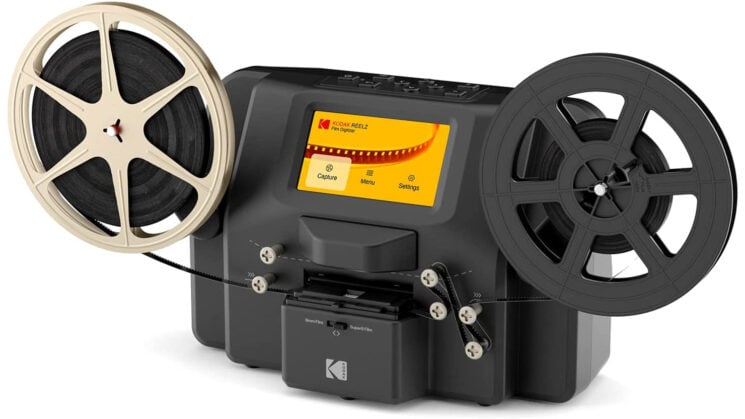 Kodak has announced Kodak Reelz, their new film digitiser. It allows you to capture 8mm and Super 8 film straight to 1080p high definition video with the push of a button. It accepts 3″, 5″ and 7″ rolls of film onto a universal reel and on-screen directions allow you to capture it in 1080p resolution using the mp4 codec straight to an SD card up to 128GB in capacity.

No computer or software is needed, as everything is done internally in Reelz itself. It has a large 5″ display on the front for navigation and to let you watch movies while they’re being captured as well as play your previous recordings back to you. Interestingly, despite only capturing 1080p footage, they say it offers frame-by-frame digitizing with an 8.08-megapixel sensor, suggesting that it might offer some 4K abilities in a future firmware update.

I haven’t found a video of the Kodak Reelz in action yet, but user Tedd Lear has posted a video to YouTube of the resulting capture using the new device. This is the raw recording straight out of the Reelz and has not been speed corrected. A speed-corrected version can be seen here.

The front of the unit contains your two reel holders, a large 5″ display with buttons on top for going through menus and various settings, and the scan head itself. A switch selector allows you to choose between standard 8mm and Super 8 film. The interface lets you quickly zoom, align and adjust sharpness, tint and exposure without the need for any external editing hardware or software. Measuring only 12.4″ x 8.4″ it’s pretty small, too, allowing you to easily store it away when not in use. 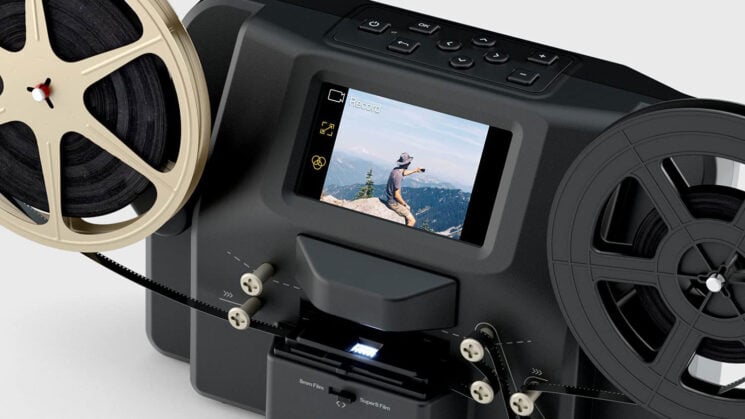 Even though you don’t need to connect Reelz to a computer in order to use it, there is a USB socket on the back for connecting it to your computer when needed. Sadly, it is a micro USB socket and not Type-C, so you’ll have to deal with the more delicate plugs. Kodak doesn’t say if it offers any kind of remote control abilities through USB, although I expect it will allow you to see the SD card as a regular USB drive to copy footage to your computer’s internal storage. 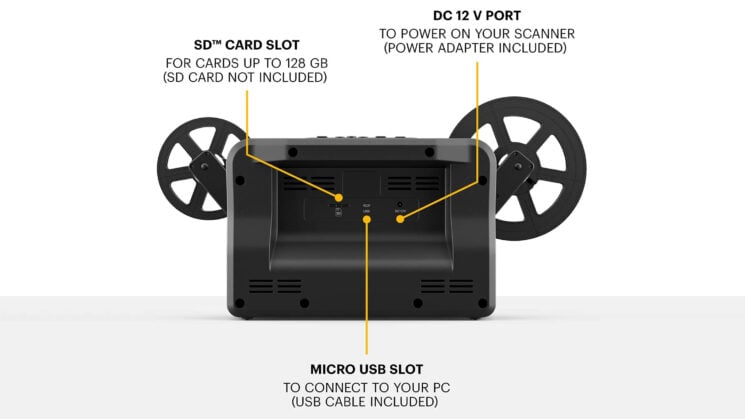 If you’ve got a lot of old family movies lying around that are just sitting on film never to be watched again – which isn’t all that surprising given how difficult it is to find 8mm and Super 8 projectors these days, not to mention the components to repair the old ones – this could be a great option for you to transfer those tapes to digital for your children (or grandchildren) to see or share on social media.

And while it might seem quite pricey for what it is, if you’ve got more than a handful of rolls, it’ll probably cheaper to get one of these and scan it yourself than it will to pay a service to do it for you, especially given that it produces 1080p HD footage. Have you got a big pile of 8mm or Super 8 tapes you haven’t watched in years or have never seen at all?

Kodak Reelz is available to buy now for $399.99 and is shipping now.