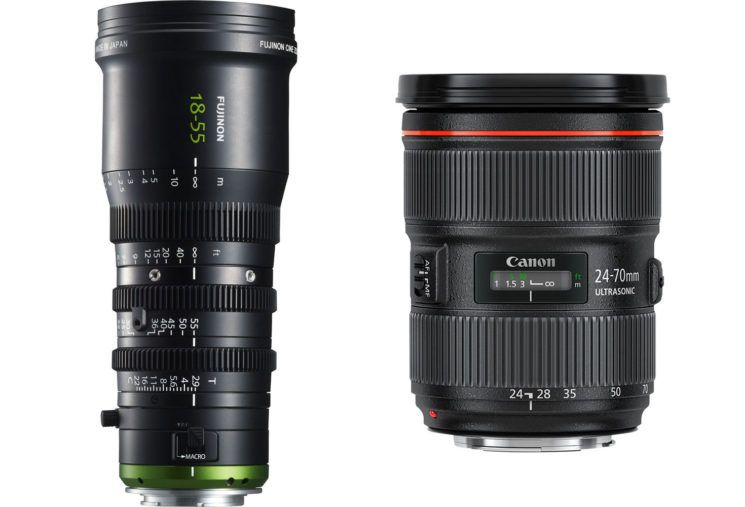 Maybe you know that varifocal lenses are designed for stills and SLR cameras, and parfocal are designed for cinema and broadcast. But why would you want a parfocal zoom lens if you can use a varifocal even for the videos? What are the differences, and why does it matter anyway? This video by Vistek gives a great illustration of all this. It doesn’t only tell what the differences between the lenses are, but it gives examples that will make it much clearer to understand.

In theory, you can use varifocal lenses to shoot both stills and videos. So, you can choose between parfocal and varifocal for shooting video. Many videographers decide on varifocal zoom lenses, because they tend to be more affordable. However, there are two important differences that determine the quality of the shot and the convenience of filming. The guys from the video demonstrate these differences on a Fujinon MK18-55mm T2.9 cinema lens for Sony E-mount (parfocal), and Canon EF-S 15-85mm f/3.5-5.6 IS USM and Canon EF 24-70mm f/2.8L II USM lenses (varifocal). 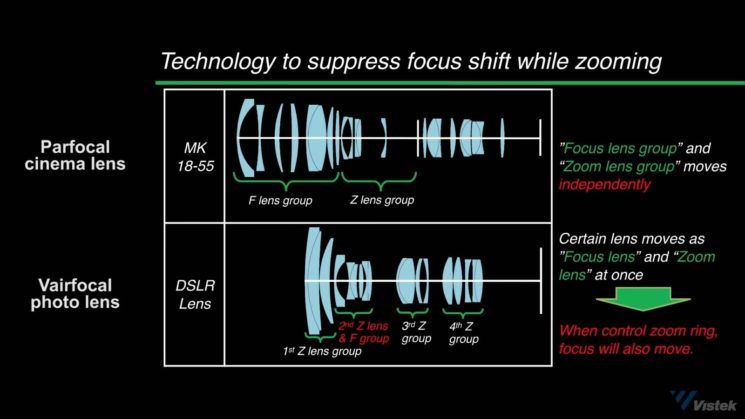 Focus on the subject

The very name of the varifocal lens gives away what the problem is. When you zoom the lens, you vary the focus. These lenses were designed for photography and they were not designed to maintain the focus on the subject throughout the zoom range.

On the other hand, with a parfocal lens, you can zoom in and out on the subject, and the focus will remain where you set it in the first place. You don’t need to readjust it as you zoom in and out.

Lens breathing is another big difference between parfocal and varifocal lenses. Varifocal lenses can breathe significantly, displaying a change in image size as you change focus.

With a parfocal lens, the lens breathing is minimal. As you focus in and out, there is no visible change in the image size.

Now, although cinema zoom lenses allow you much larger control over your videos, they can be more expensive than photography lenses of the same focal range. However, the new models keep appearing, and it’s already possible to find some pretty affordable models. They are likely to become even more accessible in the future, so if you plan to shoot videos, these differences are something you should keep in mind before making the choice.

Did you know about these differences? Do they matter to you for shooting videos?

[Parfocal vs Varifocal lenses | what’s the difference and why does it matter? via ISO 1200]

What are parfocal lenses? Are they important? And why do filmmakers want them?

How To Convert Photography Lenses into Cine Lenses

« The first Sigma 135mm f/1.8 review and sample photos are in and they look pretty stunning
The death of digital photography »