The advent of the Internet was a momentous occasion, one which afforded me a litany of new ways to continue doing what I have always done best but now with a much larger audience — open my mouth and say things I probably shouldn’t. I know, shocker. Consider yourself a gem from Heaven if you are unable to testify to having done it at least once. Go ahead, cast the first stone.

As an aspiring photographer, like many artists, I had a tendency to find masters of inspiration and just latch onto them for all I was worth. I would follow their work, I would follow their lives, I would live vicariously through their utter awesomeness. But, as anyone who has idolized anyone can tell you, eventually your idols let you down, sometimes through no intentional fault of their own. 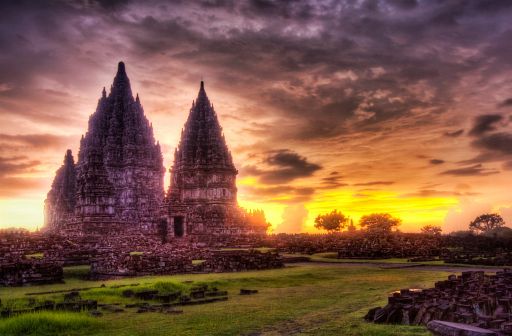 There was a time when I was enamored with HDR photography, a whole new world made possible by digital technology. The detail, the vibrancy…all of which led me to Trey Ratcliff, the man behind Stuck In Customs. I was an avid fanboy. No, seriously…I had it bad. Here was an artist on the cutting edge of this yet-to-be-defined universe, and I greatly admired him. His images were what I tried to emulate, their surreal beauty almost taking my breath away.

How It Went Down

Then, something happened. Or didn’t happen…I’m not really sure. Perhaps I simply grew out of my phase, but his work seemed to lack its luster, its edge, its originality. HDR photography lost its appeal. (Perhaps another discussion for another time…) I grew tired and bored and jaded…which is when I lashed out.

Yes. I said that. I am ashamed. But, then again, there are countless things throughout my life for which I am ashamed. The Internet, with its cloak of anonymity, afforded me a faceless shield from behind which to hurl my insults. So, imagine my surprise when I received the notification for this:

I was both mortified and ecstatic! On one hand, I had acted like a prepubescent child and people found out, but, on the other, I had an audience with the world’s most popular photographer (Gallup results pending)!

I paused for a moment to analyze why I felt the way I did and say the things I chose to. Had he lost his zeal as an artist? Had his style simply changed? Was I the one who changed? Perhaps all of the above?

There has been a trend throughout the art community for the last half decade or so, a cycle through which many great names have gone. THAT is what upset me most, which inspired my response to Trey:

It got your attention!…although I should have tried a more civil method. Please accept my apologies.

I’ve followed your work over the last several years, and it was you who provided some of my initial inspiration when I renewed my interest in photography. I LOVE following your images from Burning Man each year as they bring out a facet of your artistic vision that differs from your standard work (and I mean that as a true compliment).

Maybe it’s a drifting in personal taste, maybe it’s an increased knowledge of the technical side of photography (although I am professing no advanced level of proficiency), but I’ve been disappointed in a great variety of your HDR work over the last year or so. The vivid images I fell in love with have given way to photos erupting with colors and details in such a way that they distract from the content of the image and overwhelm the viewer. What once seemed to stand out as beacon of photographic advancement has faded into artistic complacency, content to rest on the name of the artist rather than the content of the work.

Don’t get me wrong, there are yet times when I am captured by the beauty of your images, but as an individual who has looked to you for inspiration, I am disappointed in what I perceive as your contentedness with an artistic plateau and a quest for commercialization.

And, that is it…the loss of the first love, the apparent loss of a true desire for something artistically better than where we are currently at. That is what I was grieving. It is so easy to fall into this trap as I have done so myself at many times. It’s natural to develop complacency, a comfort zone, where we know what to expect.

As part of losing that first love, it seems that many great photographers are in hot pursuit of stardom, social media fame, or joining a workshop circuit, striving to be relevant with the masses instead of in touch with their craft. They stop selling photography and begin selling the IDEA of photography. The old adage goes, “Those who can, do; those who can’t, teach,” and it seems especially true within the photographic community, I’m afraid. There’s a selling out that takes place, and, when that happens, the work begins to suffer. Sure, you may have tens of thousands of followers and a half dozen books published and be part of the inner circle with the software companies, but when was the last time you truly created something that couldn’t be found or replicated on a thousand other websites? What scrap of knowledge is so unique that the continued pursuit of your skills is abandoned in exchange for the sale of your “program” which, again, is often just another voice speaking what others have said elsewhere?

Trey, I’m talking specifically to you when I say this (if you ever happen to read it): I am sorry for being a total jackass. I am sorry for acting like a child. It was wrong of me, and I accept full responsibility for my actions. It wasn’t until sometime later that I watched your presentation at Google Zeitgeist in which you explained your partial blindness and detailed how you see images in a unique fashion, relying on spectrums of color to provide definition to make up for a handicap you cannot help. It made sense. I got it. Knowing a bit more of the story behind your inspiration put things in a new perspective.

I do still admire a great deal of your work, and I LOVE your disestablishmentarian stance on breaking the rules of photography! Honestly. Just don’t trade in your artistic innovation to be the popular kid, pandering to the same masses that made Jersey Shore and Twilight hits. Don’t choose to rest on the laurels of your name rather than the valor of your work.

To the Rest of Us

Am I advocating living the life of a penniless artist, scrounging in your neighbor’s organic compost pile for scraps to feed your family? Abso-friggin’-lutely not! Make money!…we all have to. Heaven knows what I would do for a Klondike bar, let alone to support my family.

I am saying, let us, collectively and individually, be ever mindful to passionately pursue excellence in everything we do, especially photography. Let us be vigilant to not abandon our first love or cheaply trade it in for supposed fame and fortune in a world where allegiance is foreign and emotions fickle. Let us never settle for the status quo…because, no matter what your level of skill or expertise, there is always someone looking up to you.

Allen Mowery is a lifestyle photographer, pseudo-philosopher, and wannabe documentarian killing time amidst the rolling hills of Central Pennsylvania. When not shooting client work or chasing overgrown wildlife from his yard, he loves to capture the stories of the people and culture around him. You can check out his work on his website or follow along on Facebook, Twitter (@allenmowery), and 500px.

Instagram’s 5 most popular photos ever

Should we forget about these most popular photography tips?

« Self Challenge: Shooting The 4 Elements In A Single Exposure
Creating Slick Video Flare Effect With Crystals And Broken Filters »