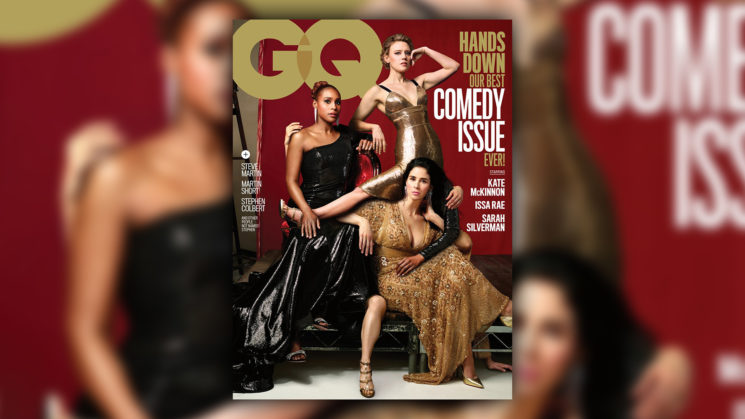 Is it April Fool’s day yet? Because GQ just won next year’s contest (if there was one).

In jest of all the botched jobs on other magazine covers, they decided to release this cover for the Comedy Issue with the best/worst issues! How many can you spot? I swear, I am now tempted to make one just for fun! 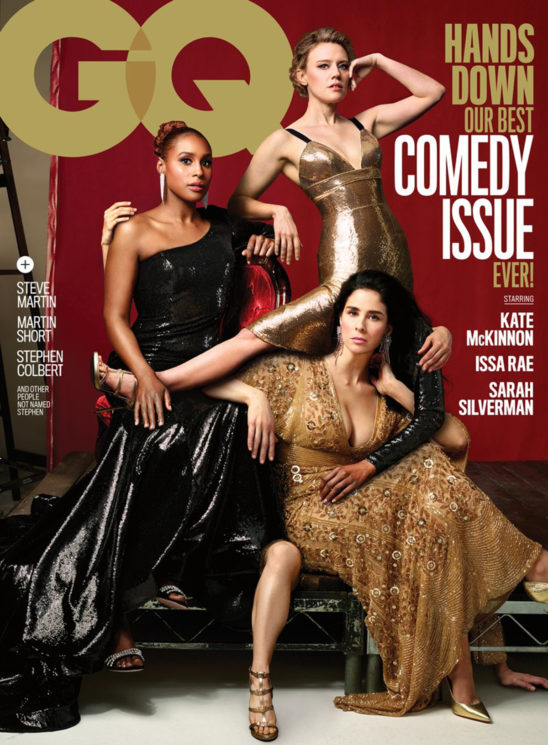 Perhaps just as great is the statement they released with the cover:

GQ would like to apologize to Kate McKinnon, Issa Rae, and Sarah Silverman for the egregious mistakes made in the process of creating the cover for our 2018 comedy issue, the latest in our pantheon of mostly annual love letters to the funniest humans we know. Our intention was to celebrate the three super-funny superstars, who are all that is smart and perceptive and riotous and necessary in comedy right now. We deeply regret that the results violated GQ’s rigorous standards of editorial excellence and the laws of nature.

In an effort to ensure that an error of this magnitude never happens again, and because this sounds like the right thing to say, GQ will be conducting a thorough internal audit of our cover-development process. To demonstrate our commitment to transparency, we will release the results of the review, quietly, in 17 months, on Medium.

Pratik Naik is a high-end retoucher, photographer, and retouching teacher under his Solstice Retouch brand, he also runs the succesful Retouchist Blog.  You can catch Pratik on social media on his Instagram, Tumblr, Twitter and Facebook. This article was also published here and shared with permission

Humor: Trick Out Your Boring Leica M9 With These Eccentric DIY Tips
« Everyone takes bad photos: here’s some inspiration if you feel bad about your work
Instagram now lets you share other people’s posts in Stories »