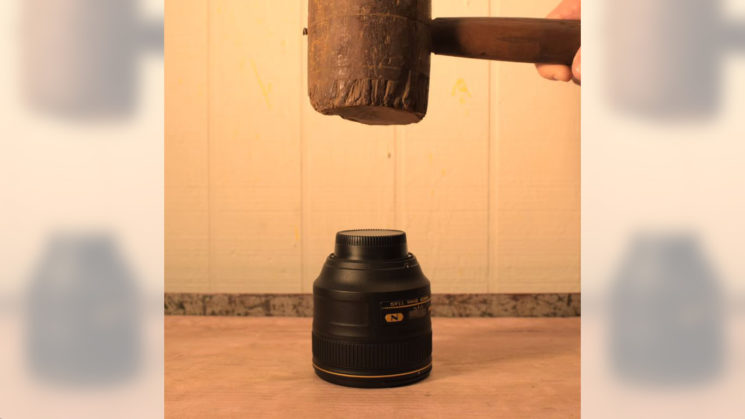 We’ve seen plenty of ways of smashing gear, both accidentally and on purpose. And it always makes my heart stop for a second. I must admit this video tricked me at first, but I breathed a sigh of relief after watching it.

This video lasts only eight seconds, and it was made by popular stop-motion creator PES. Your heart will skip a beat after seeing a huge wooden hammer wising above a lens. But a second later, it’ll just make you smile.

Video shows photographers robbed of $7,000 in smash & grab while stuck in traffic

Use Nikon’s Lens Simulator to Pick Your Next Lens (Non-Nikon Shooters Too!)