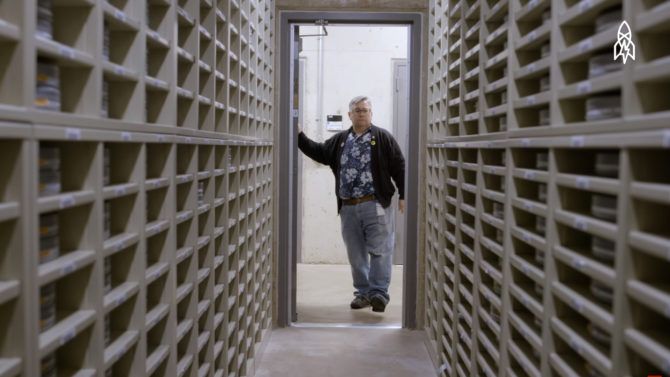 Located at the foothills of the Blue Ridge Mountains in Virginia, the Library of Congress Packard Campus was originally built as a nuclear bunker. It stored $4 billion in gold, and would’ve been the location to which the President would have been taken had the need arisen during the Cold War. Now that this potential need no longer exists, it is home to 6.3 million pieces of the Library of Congress’ movie, TV and sound collection.

It has miles of shelves, 35 climate controlled vaults for sound recordings, safety film and video tape and 124 individual vaults for flammable nitrate film. It’s also a complete lab for the preservation and restoration of cinema’s finest moments. In this video, we get to take a look inside the Packard Campus, and see some of the archives and restoration rooms.

George Willeman case for 144,000 of the most volatile and dangerous films at the Packard Campus. He’s in charge of all the dangerous nitrate films. These are extremely flammable, and can go off with a rocket like flame.

The high number of nitrate vaults help to protect people from the film, as well as from other film. If one reel goes up in flames, it’s a sad affair. If one sends all of them up in flames it’s a tragically lost massive chunk of movie history.

As well as the archival, restoration and maintenance of film, they also need to be able to view them from time to time. So, it also features a 206 seat theatre, capable of showing everything from old nitrate film to modern digital cinema. 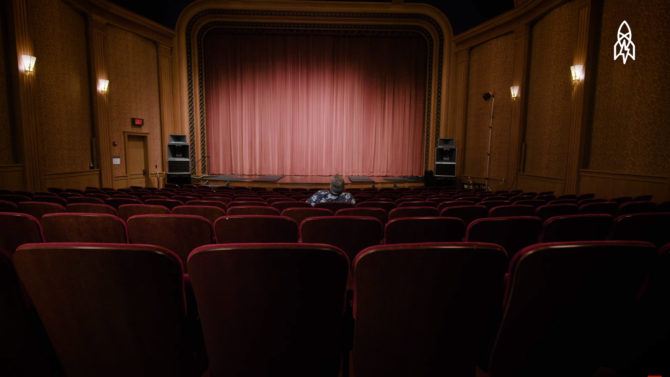 I think I’m here for a reason. I think my purpose is to make sure that we remember. To know what we had and what we looked like and what we did, and film is one of the absolute best ways of doing that.

It’s a wonderful way to repurpose a building that is essentially a wartime relic. Too many around the world are built and then abandoned when their need ends. So it’s nice to see this one being put to good use.

Have you visited the Packard Campus? What did you get to see? Is visiting it now on your bucket list? Would you want George’s job? Or is it just far too much responsibility? Let us know your thoughts in the comments.