If there ever was a golden era of camera straps, I’d say this era is now. The amount of innovation and thought invested in this simple device is certainly reaching new peaks. Since straps are so different in the sets of features they provide, we wanted to subject them all to a uniform test. And what better test than to hook them all up to a farm tractor and see which strap lasts longer.

We tested a range of 6 straps (in no particular order):

We asked the incredible team of Simon Pollock And Benjamin Von Wong to conduct this highly scientific test while the elite video team of Kaveret documented the process.

The test procedure involved daisy chaining the straps in a random order forming rope. One side of this impromptu rope was secured to a concrete pillar, and the other side was tied to a John Deere tractor.

On our signal the tractor driver slowly increased the pull on the rope until one of straps snapped. We then approached the straps and carefully examined what broke. Now, as Simon mentions in the video, the chances of you actually needing to pull a tractor with a camera strap is fairly low, but if such need ever arises, you’d know which strap to pick.

For the preliminary round we wanted to see which three straps would snap first. It was interesting to see that each strap broke differently.

High Key’s What The Duck Strap broke at connecting leather stitching between the short thread and actual strap; CustomSLR’s Air Strap broke when one of the small plastic rings snapped, and Carry Speed’s CS Pro was an interesting one. Nothing actually ‘broke’ but the neoprene could not hold the tractor pull and literally tore apart.

We were at a point that we’ve seen all kinds of tractor pulling failures rendering straps unusable in various forms. We wanted to see if any of the straps will break in a new and exciting different way.

Peak Design’s Leash was kicked out in the semi-finals when one of the Kevlar threads around a connecting button got undone letting the other part of the strap fly. 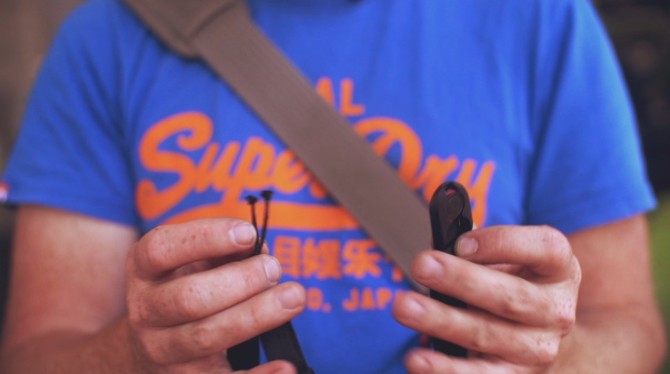 There we were at the finals; Ultrafit vs. RS5. The RS5 broke when one of the metal brackets literally flew into the air. 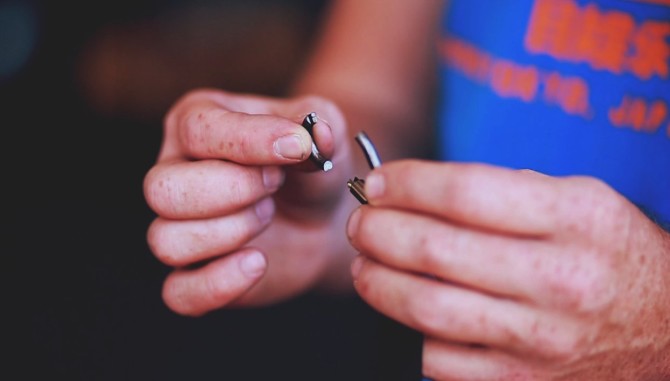 The winner of this tractor pulling contest was the Joby’s Ultrafit and if you want to pull a tractor, this is the trap you wanna use. Even though we could eventually break it in the end, we are giving her the honors of a nicer photo. 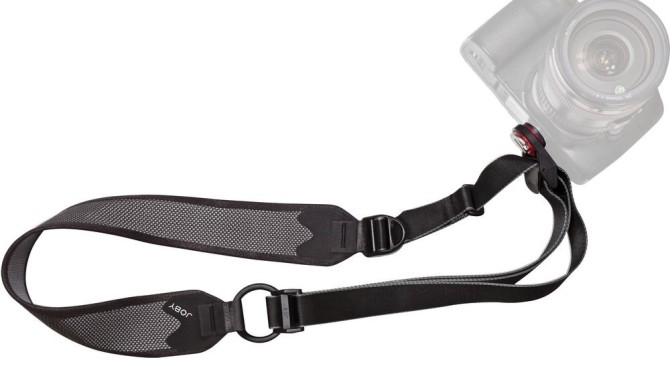 Now go and get your strap.

Guy Straps GoPro On, Set Himself On Fire and Jumps From A 10-Stories Building. Why? Because He Can

« Practical Shots: How They Executed the Car Chase Sequence for The Raid 2
Kirsty Mitchell’s ‘The Fade Of Fallen Memories’ Is An Ode To Passion And Details »