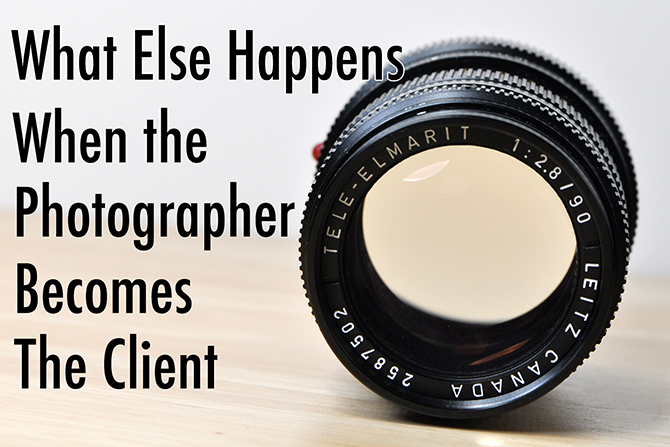 “What Happens When the Photographer Becomes the Client” appeared here on DIY Photography in January.

“You only have one job,” she said. “Hire the photographer.”

This was back in January, and my wife and I were about to embark on planning our son’s bar mitzvah. The truth of the matter is that I had more than one job, but being in charge of finding a photographer was a pretty big one.  Just like my clients, I want my family’s milestones photographed and memorialized. Obligatory portraits, perfectly balanced with meaningful candid shots that tell the story of the big day. More importantly, when your wife says, “You only have one job,” what she really means is, “Don’t screw this up!” Screw this up? Nope. Never gonna happen.

If you read my post back in January, you already know that I was all over this assignment. Obviously, as a working photographer I was ahead of the game, right? I knew how I wanted it shot, and I already had a mental short list of photographers I’d consider hiring, despite the fact that I was also checking out referrals. It took a little time, but coming to grips with the notion of “me the photographer” suddenly putting the camera down and becoming “me the client” actually went much more smoothly than I expected. I checked websites. I looked at portfolios. I asked about prints and pricing.

I was about a month or two into my search when a friend told me to stop. He wanted to shoot the bar mitzvah and wasn’t taking “no” for an answer. In all honesty, I hadn’t even thought of asking him. He’s ridiculously talented and has a perfect understanding of the cultural significance of the day. But there was no way I could have afforded him– and I was NOT going to be the guy who invited a talented friend and asked him to take pictures. As honored as I was by his incredibly generous offer, I insisted that we at least trade services. He agreed. Hands were shook. Hugs were given. Calendars were marked in red.

Mission accomplished. On to the next task.

At this point, I decided I wanted to fully embrace the photography client experience. It’s easy to think we are doing everything right, but I’ve often felt that being busy and being  successful are two very different things that don’t always go hand in hand. When I was still practicing law a lifetime or two ago, I longed to get called and selected for jury duty. I thought it would give me rare and valuable insight into what goes on behind the scenes– insight that would make me a better trial lawyer. While lawyers rarely ever make it all the way through jury selection, photographers have celebrations and family milestones that have to be captured and preserved. Every doctor eventually becomes a patient, and every photographer eventually becomes a client. This was a first for me and I was looking for more than just great photography. I wanted to get inside my clients’ heads and understand the headaches they occasionally bring to my sleepless nights. Understanding that would make me a better photographer. 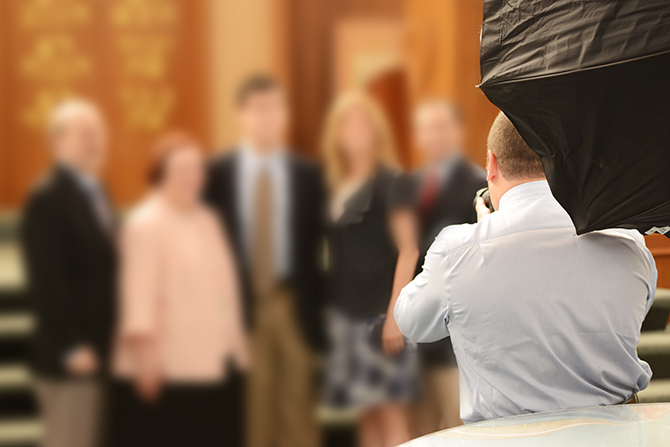 First came the long list of posed family portraits– the bane of every event photographer’s existence. Then came how to tactfully ask guests not to jump in front of our photographer with their own cameras. No flash allowed in the synagogue during the service? Check. How many photos will be in the proof gallery? How soon after the event will they be available? You charge HOW MUCH for prints?!? And  despite some of the comments on that January post, I might have asked once or twice about simply getting all of the originals and doing the editing/processing myself. I know! I know! I should be publicly flogged and humiliated for even thinking of asking the question, but if I’m diving head-first into the client experience, why not go all out? Obviously, none of these questions were new to me. I’ve heard them more times than I can count. It was interesting, though, (not to mention just a little bit scary) how quickly I started viewing these questions through the eyes of a client.

All was going smoothly. Everything had been worked out with about three months to spare. And then– with less than two weeks to go– the bottom fell out. The email said, “Heading to the airport. Family medical emergency. Don’t know yet if I’ll be back in time for the bar mitzvah. Will call when I can. SO sorry.”

I actually felt my heart sink. First and foremost, because a friend was in an obviously bad spot. I’ve been in that spot and it’s a bad place to be. Second, because I only had one job, and my best-laid plans had just gotten on a plane and flown away. Complicating matters further, since this had been a trade, whatever might have originally been budgeted for photography had been reallocated elsewhere. Hiring a replacement at this point was not even remotely an option.

I couldn’t go back to my wife and tell her we’d lost our photographer without having a new plan already in place. It was actually more of a gut reaction than an actual plan, but I had no choice at this point. It wasn’t like I could jump in and shoot everything myself. I still needed to experience the day as a proud parent and not a vendor. I decided I would take the family portraits. An awesome photo hobbyist friend of mine was already coming as a guest. He agreed to help shoot the groups in which I had to appear, and to put his great eye for candid photography to good use. It wasn’t the best plan, but it was the best plan at the time.

If I’ve learned anything as an event photographer, it’s that there are two ways for things to go wrong. It’s rare for things to go truly catastrophic. More often than not, the things that go wrong are things that only the photographer or the client perceive as going wrong. Nobody else notices anything going sideways. By the end of my son’s big day, the only people who knew that anything was amiss with the photography were the people I told. I managed to get 25 group portraits taken in under 40 minutes, and Jim filled in the gaps for me with nuance, grace, and a deep appreciation for what this day meant to all of us.

So, my plan for engaging in the full client experience didn’t turn out quite the way I would have hoped, but my wife and son are happy with the results, and that’s really all that matters. I definitely got an up-close look at what clients go through when planning their events. Will a deeper appreciation of that have an impact on how I relate to my clients and deal with the curve balls they throw at me along the way? Probably. 100% satisfaction is a tough thing– both to deliver and to experience. Looking back on the day– and through the photos– I realize that I didn’t get everything I wanted. A shot of my wife and her two best friends didn’t happen. It might have been nice to get one of just my sisters and me. I could second guess some things and kick myself for forgetting others, but it wold be pointless. All I can do is appreciate and enjoy the many truly wonderful images we have, and use what I’ve learned the next time a client keeps me up at night.

What Happens When the Photographer Become the Client?

This photographer received a 30-page feedback from his client