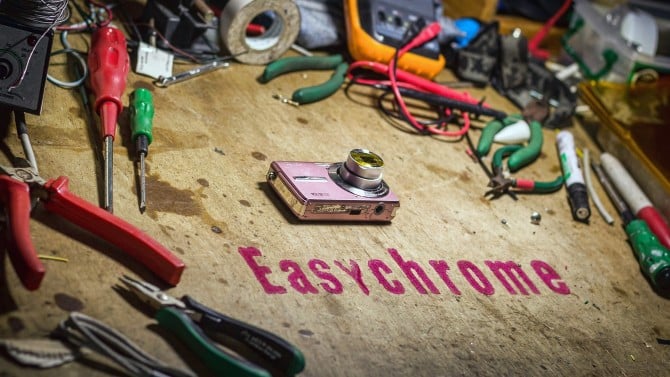 World In Infrared is a project spanning over 30,000 kilometers, with an IR modified camera – Easychrome – that flew over the Atlantic Ocean, across North America and down to the South Pacific to capture the world as it it seen in the infrared spectrum. Having elements of both Infrared hacking and somewhat of a crowd-sourced project we asked Steven Saphore, its maker a few questions: 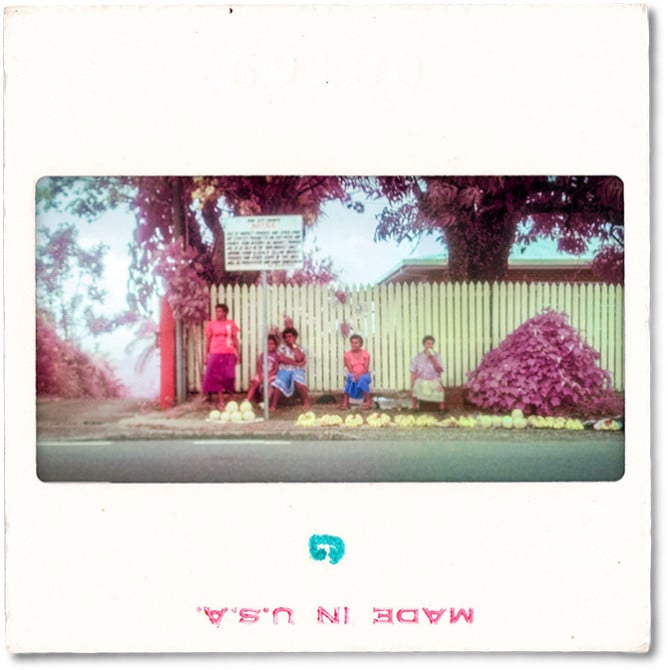 Why did you decide to do the project, what gave you the idea?

You don’t know how much it satisfies me to say the Easychrome was created from failure. I was “attempting” to write an article about how to digitally mimic the look of Kodak Aerochrome/EIR film. Originally developed for aerial surveillance, it’s a type of color-infrared emulsion known for its ability to render aspects of the environment, such as vegetation (ie. reflected infrared light), in shades of bubblegum pink. The result was a glimpse into a surreal world that exists beyond the limits of our own vision. The film was discontinued, but its allure never died. Having sauntered deep into the field of infrared photography for the past year, a natural focus of mine was to come up with ways that I could replicate the look of this mushroom trip inducing film.

I tried everything… Hue shifting, channel swapping, gradient mapping, topaz adjusting… Method after method, I wasn’t happy with the obviously fake results I was getting. Photoshop treachery smeared my prize every time I came close. I could re-create the color scheme, but the photos lacked the tonality of Aerochrome film. The solution? Analyse the way Aerochrome film works and build a brand new camera based on those same principles. 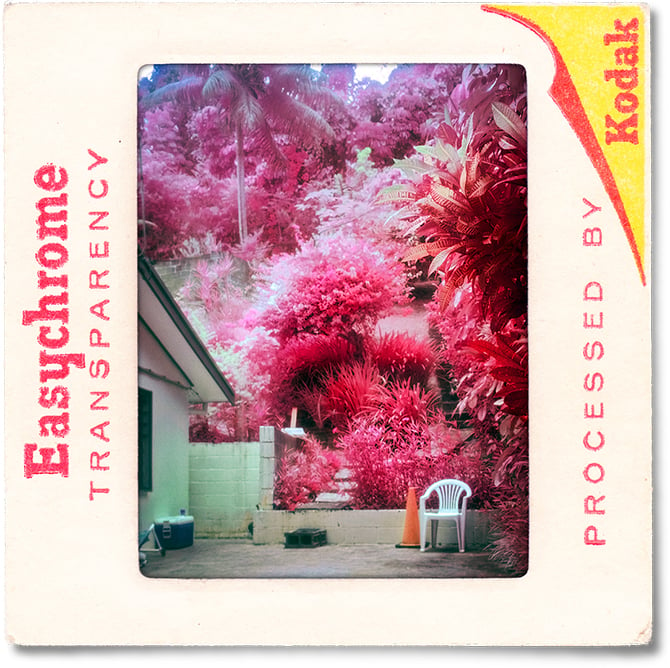 How did you create the Easychrome?

After some snooping around the crevices of the interwebs, I found some data sheets on the exact same Kodak Aerochrome film I was trying to replicate. Thanks to these, I was able to figure out the process used within the infrared-sensitive emulsion to map its colors:

I had an old Kodak Easyshare p&s camera in box somewhere collecting dust. Within the hour, it was on the desk before me in about 10 different pieces while I was prying the hot mirror off the CCD sensor assembly with a rusty screwdriver. In all the other infrared conversions I’ve done, I would have replaced the hot mirror with another type of filter (Usually one designed to stop visible light from hitting the sensor) now. This time around, I put camera back together without a filter over the sensor – My first full spectrum conversion. This will allow the camera to see in visible and infrared light… at the same time.

Now, an effective yellow filter simply stops the transmission of light with wavelengths longer than approximately 570nm – Wavelengths of blue light are about 475nm long – But this is DIY! I rummaged through the bin searching for one of those yellow plastic lolly wrappers that I saw in there earlier. I found it, but by the time I cleaned off the dead ants, hair and liquefied sugar from it, the yellow coloring had started to scratch off. The next best thing? A roll of yellow cellophane. $2 for an amount that you could make a thousand imitation Wratten 12’s from.

With the yellow filter over the lens, the camera’s auto white-balance system takes over and neutralises what would be a very yellow world into one where the clouds are white, the sky is blue and the trees are… purple?

Aerochrome film and digital Easychrome take their photos by two completely different methods, but the concept and results are exactly the same! In fact, this is the first digital streamlining of an accurate Aerochrome emulation. [If you want to read more about the actual conversion, SLR Lounge has a great step by step tutorial] 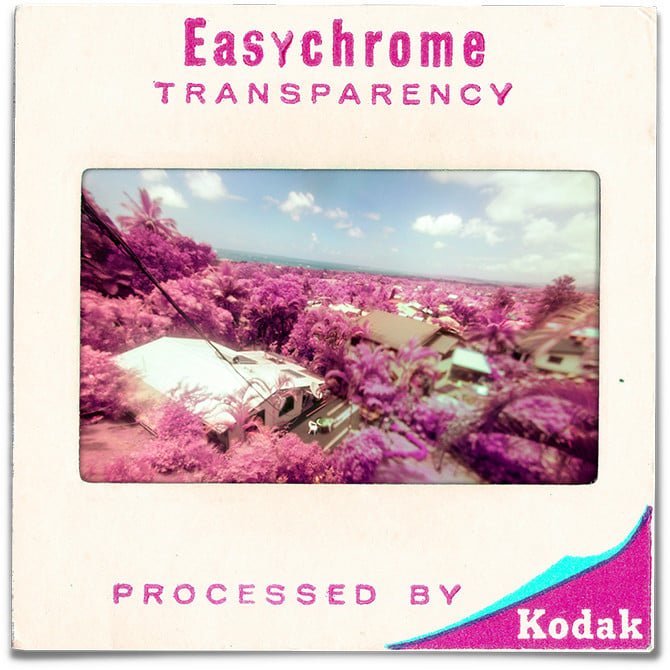 What about those old film slide frames?

The yellow cellophane isn’t exactly an ‘optical quality’ filter… It’s a very imperfect piece of plastic (It’s not even that transparent either!). Because of this, the quality of the photos were exceptionally evocative of lo-fi 35mm film photography. What better way to compliment such a photo than by framing it with one of my Dad’s old slide covers from the 60’s? 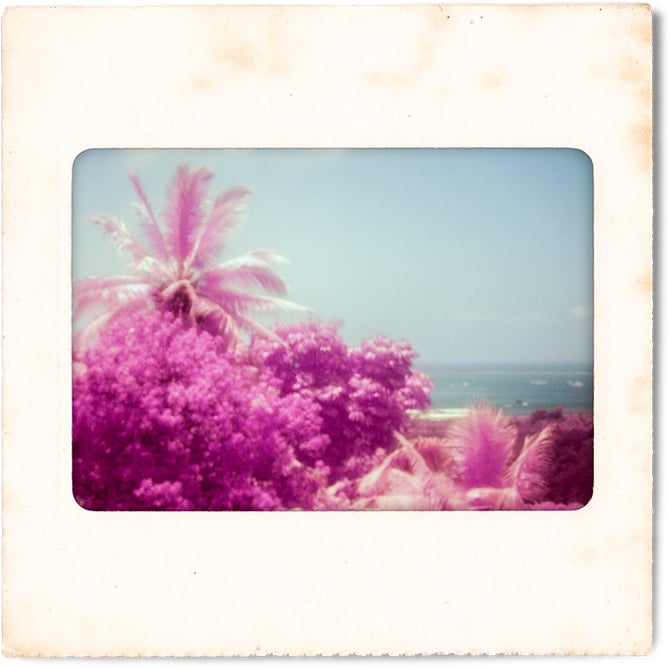 Do you have any more photographic hacks planned, or is there something else you’ve wanted to try?

Lets put it this way: Every slice of the electromagnetic spectrum is whole new world waiting to be discovered and explored.

The World In Infrared contingent are currently in the South Pacific investigating the potential of infrared photography to reveal environmental issues (such as rampant deforestation and strip mining) that occur discretely and in ways that are often unapparent to the naked eye. As I previously mentioned, Aerochrome was traditionally developed as an aerial surveillance tool for things like assessing vegetative health and/or finding ‘enemies’ hiding within forests and bushland during times of war.

While something like infrared satellite imagery can accurately capture deforestation from a technical standpoint, an infrared-enabled DSLR on the front-lines can articulate the fragility of such lush ecosystems from a more poignant human perspective.

Best of all, if you hate physics, it’s the coolest photo filter in the world ;) 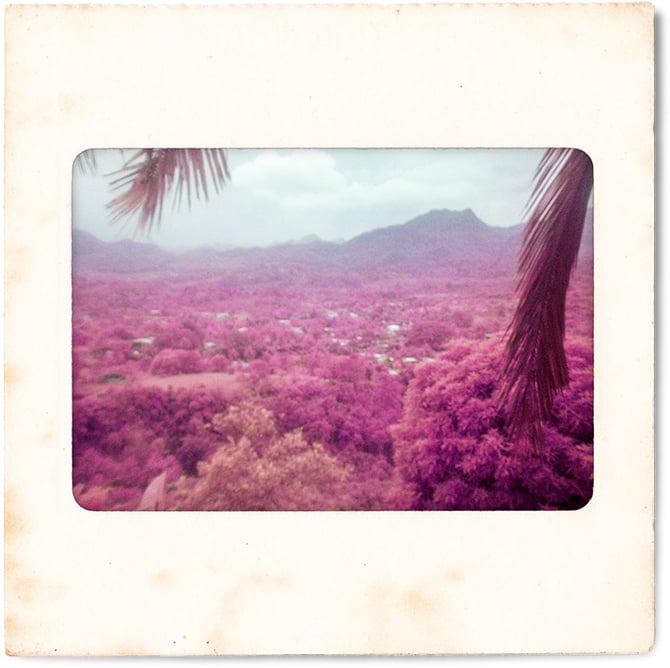 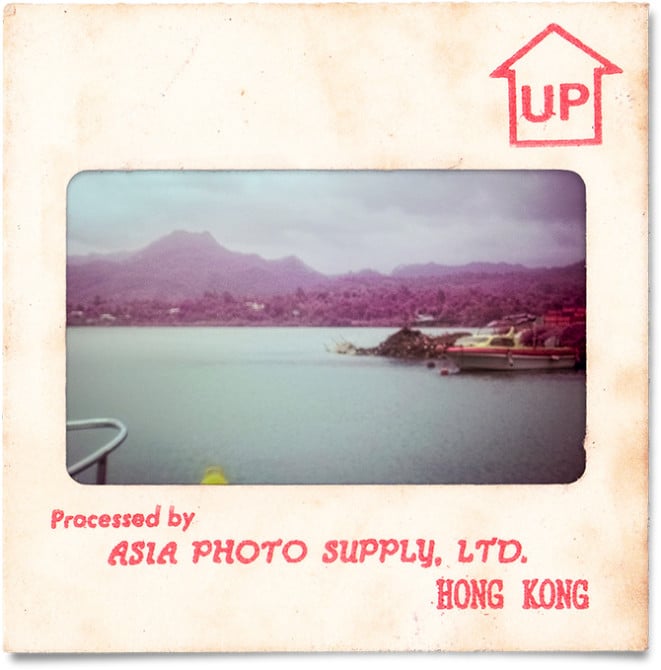 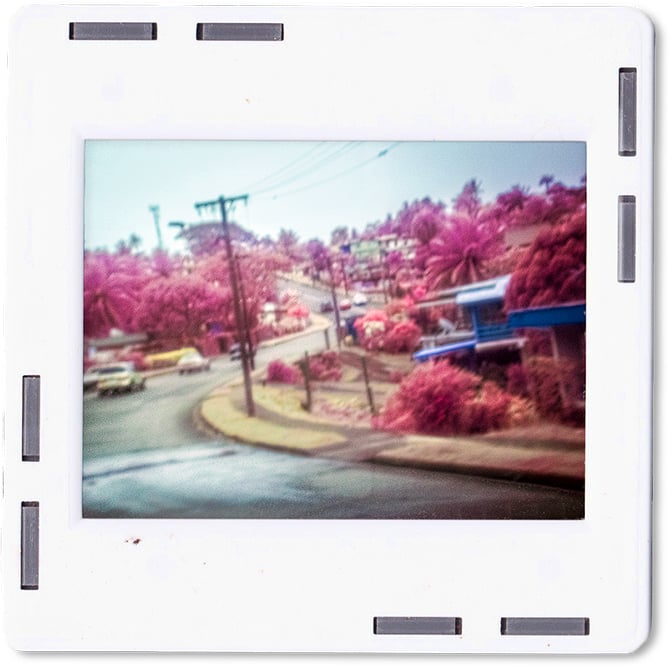 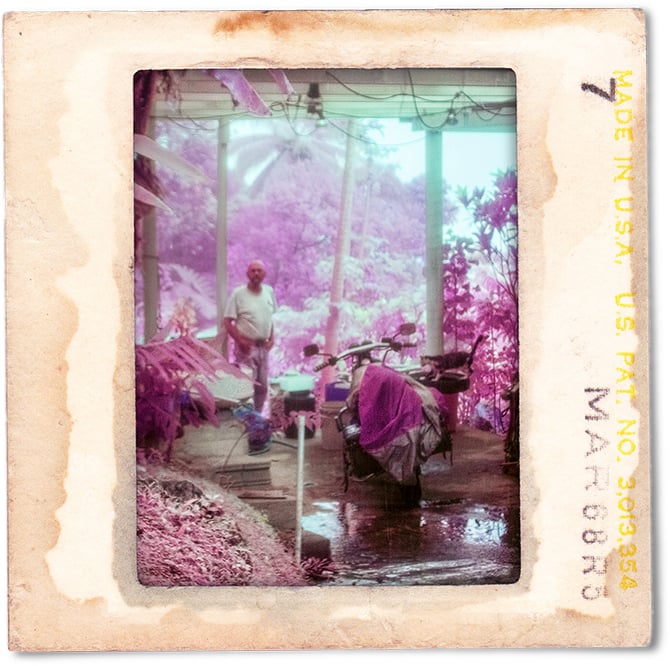 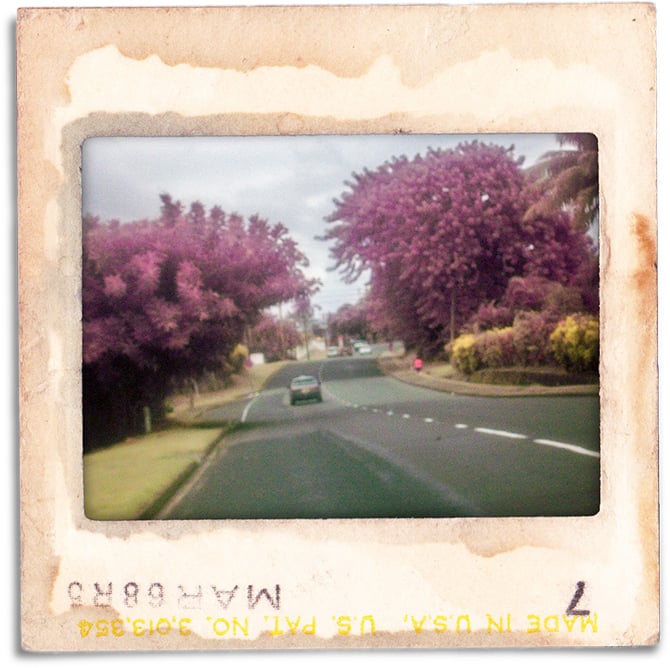 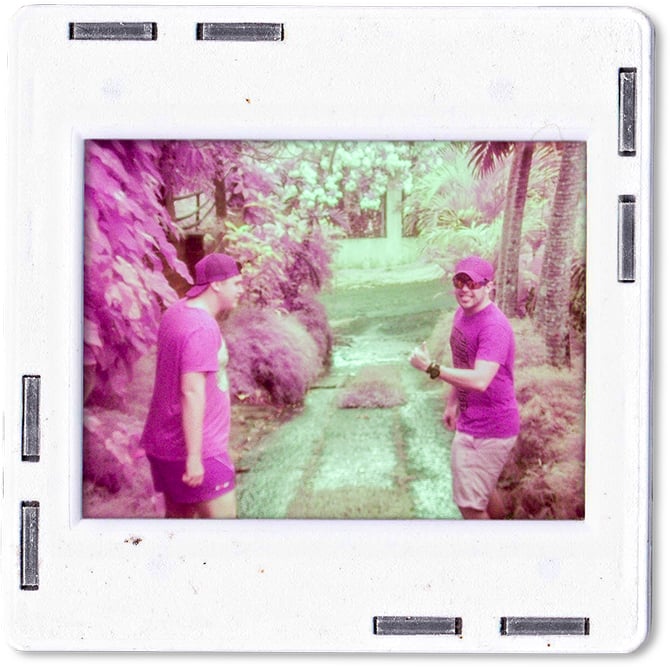 P.S. If any DIYers out there try this, I’d love to see your results. Please spam them on the World In Infrared Facebook page!

P.P.S If you feed brave enough, there is a similar modification to a Canon EOS 550.