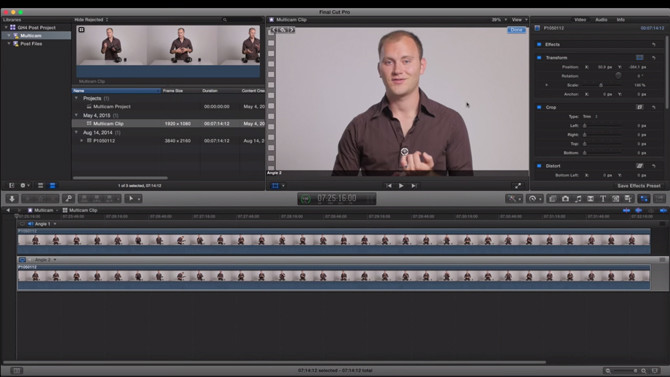 For those of you who shoot a lot video (or, even just a little), having two camera angles can make your clip more interesting and more professional looking. Unfortunately, two cameras isn’t always what you have to work with. That’s why the team from over at DSLR Video Shooter made this tutorial that shows you a work around to make two angles out of one in post production. Plus, he shows you how to do it in both Final Cut Pro X and Adobe Premier Pro.
Essentially, you are being shown a quick way to zoom in on a video sequence which results in the original, wider shot and adds to it a tighter, zoomed in shot that gives the effect of having two camera angles.

Things To Keep In Mind

I really like that the OP made a point to mention a few words to the wise in the description of his clip, too. For example, he says the trick works best when using 4k footage with a 1080p output. He also suggests you use sharpening on the second angle to more accurately match the look of the first clip.

But, his most important peice of advice is probably the last tip, where he explains, “Use wisely and don’t get lazy!”

How to Turn One Camera Into Two Angles

How to simulate a medium format camera with a DSLR