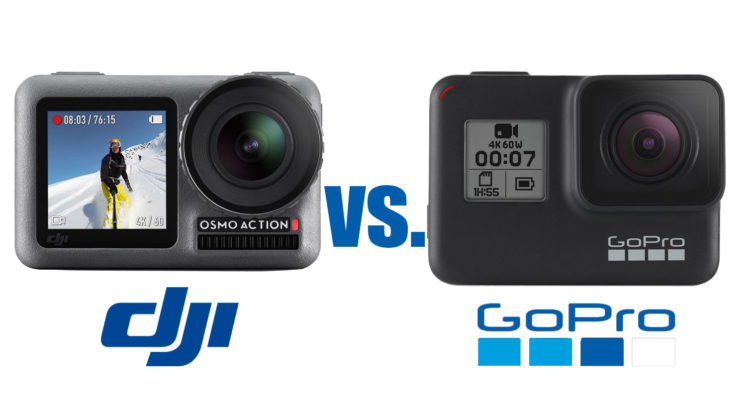 The DJI Osmo Action camera has been officially released. When it was first rumored, many of us had the same thought: how does it compare to the GoPro Hero7 Black? It seems that GoPro got themselves a new competitor in the world of small action cameras, but can DJI beat them? Here are a few side-by-side reviews to show you how the new Osmo Action stacks up against GoPro’s newest action camera.

We Talk UAV have a pretty awesome side-by-side comparison, demonstrating all kinds of different features of the two cameras in parallel. I was personally most interested in stabilization, and from this video, it seems that the DJI compares rather well to the GoPro. But there are many other features tested and compared, including slo-mo, colors, and audio, to name just a few.

Here’s another comparison from iPhonedo. He unboxes and reviews the DJI Osmo Action, and also compares it to the GoPro Hero7 Black.