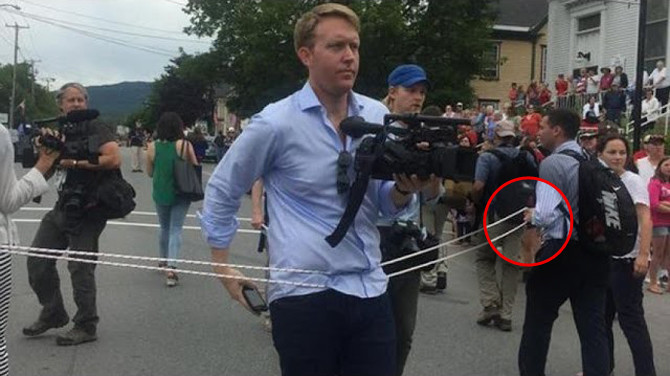 The Clintons have a history of secrecy that goes back long before they ever made it to the White House the first time around.  So it’s of little surprise when Hillary gets a little testy with the media on the campaign trail.  But, this isn’t a political rant written by a libertarian-anarchist who loathes all politicians equally.  This is about photography.

While stomping the ground in Gorman, New Hampshire over the holiday weekend, Clinton campaign staffers decided that if words were not enough to corral the media that more assertive measures would have to be taken.  This resulted in members of the media who were staying ahead of Clinton in the Independence Day parade to be literally roped off, with aides allowing the media to only go where campaign members wanted them to. 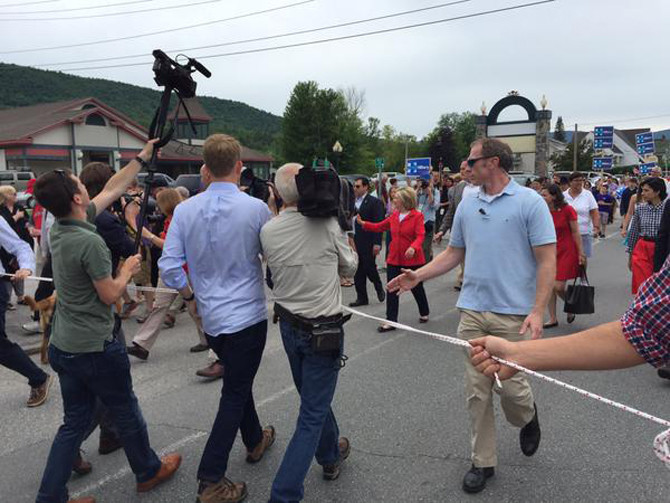 “This is humiliating for reporters who have to abide by Hillary Cliton’s rules of journalism,” stated CNN commentator S.E. Cupp.  While some in the media see no problem with this, many are up in arms as relations with the campaign remain strained.

What is most disturbing about this is how reporters’ hands are being tied, almost literally, in coverage of the campaign.  I may distrust the media to the same degree as politicians, but to deny even the attempt at thorough journalism is a shocking move.

On the other hand, the campaign asserts that the move was simply to allow Clinton the freedom to greet voters without being swarmed by the media.  As the campaign’s press secretary, Nick Merrill, commented, “We wanted to accommodate the press, allow her to greet voters, and allow the press to be right there in the parade with her as opposed to preset locations.”

But, in a society that prides itself on freedom of the press, where do you draw the line?  SHOULD a line even be drawn?  I believe public figures of this magnitude have essentially resigned their rights as private citizens and should expect media attention of equal magnitude.  No stipulations restricting access to the public, whether they be citizens or journalists, should be contrived or enforced.