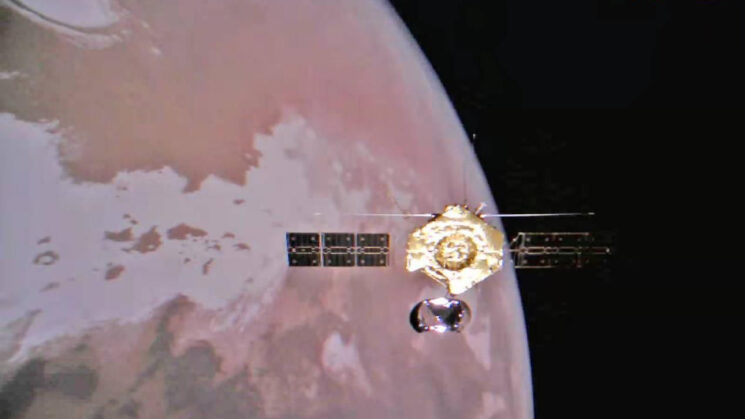 The China National Space Administration (CNSA) launched its Tianwen 1 Mars mission in July 2020. And this Saturday, it has sent back its first photos of the Red Planet, along with the mission orbiter flying around it.

The mission was launched from the Wenchang Spacecraft Launch Site on 23 July 2020. Tianwen-1 or TW-1 consists of thirteen scientific instruments and six spacecraft: an orbiter, two deployable cameras, a lander, a remote camera, and the Zhurong rover. It’s one of the heaviest probes launched to Mars, and definitely the country’s most ambitious space mission so far.

CNSA said that the goal of the mission is to “explore the surface and geology of the planet as well as its magnetic field, soil composition, and atmosphere.” But like every space mission, it also sends back some photos for the scientists and the general public to explore and enjoy.

On Saturday, the first color pictures arrived back on Earth. They show the orbiter flying around the Red Planet in an orbit, the ice cover on Mars’ north pole, and a scene of a barren Martian plain. 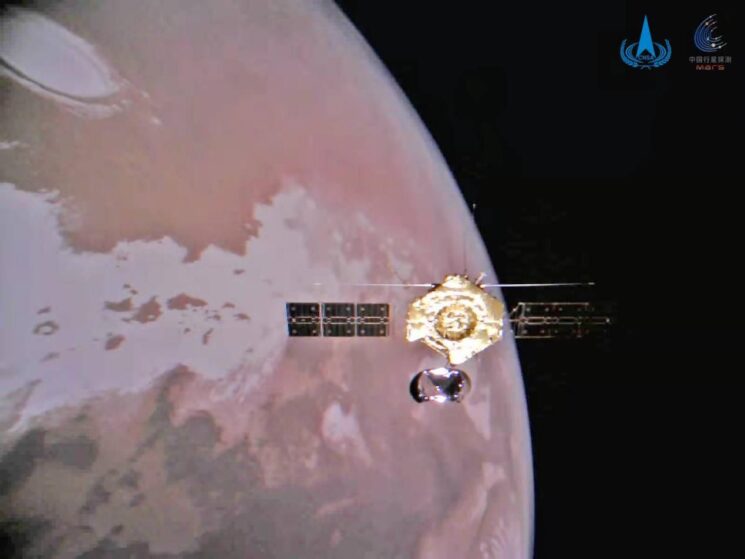 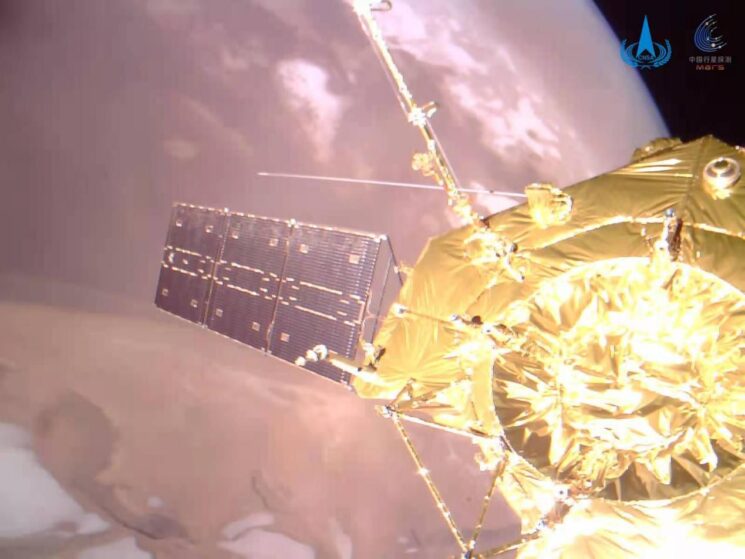 “The orbiter’s full picture was taken by a camera released by the craft, which is now about 350 million kilometers away from Earth,” CNSA said in a statement.

According to CNSA, TW-1 traveled a total of 475 million kilometers and carried out several trajectory maneuvers before entering Martian orbit on 10 February 2021. “The landing capsule released by the probe descended through the Martian atmosphere in an extremely challenging landing process and finally touched down on the Red Planet on May 15, making China the second country, after the United States, to have successfully conducted Martian landing,” CNSA writes. 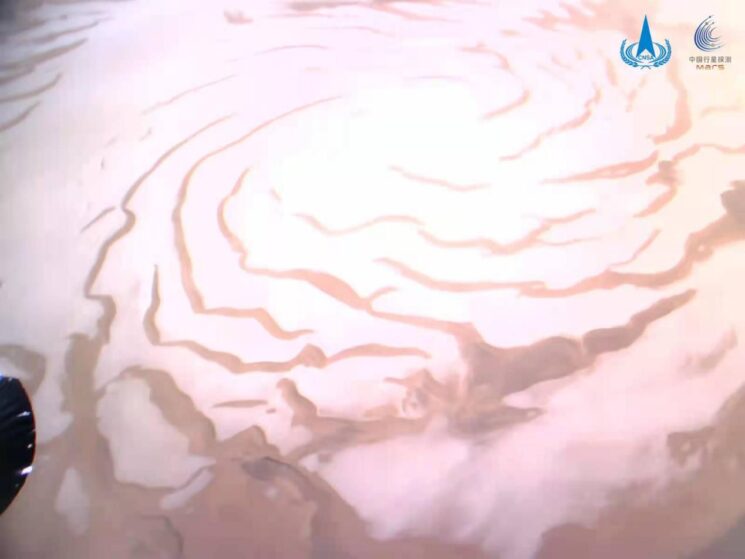 So far, the Tianwen-1 mission has “obtained and transmitted nearly 540 gigabytes of data,” CNSA explains. But, it still has enough energy and is in good condition, so I believe we’ll get to see plenty more photos from this mission.

« Zen & The Art of Wrapping Cables – Or how to wrap your cables to guarantee tangle-free use
Stop making these five excuses, they’re holding your photography back »