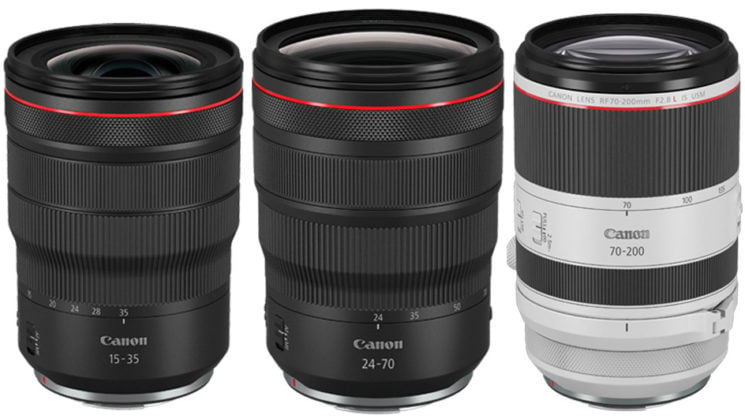 Yup, that’s right, no 3-month hype pre-order, just straight up “Here they are, get ’em now!”. Their sources tell them that all three “should” be officially announced “likely before the end of July”, of course as this isn’t coming from official sources, there are no guarantees. And even if it were, there are no guarantees. We’ve seen official announcement days pushed back from many manufacturers in the past.

Canon announced that these three lenses were “under development” a few months ago, but they still haven’t officially been announced. We might only have to wait a little bit longer, though.

They also report that the Canon RF 85mm f/1.2L USM is also expected to be announced on or around May 9th, 2019, although this one will go on pre-order. It won’t be immediately available. There has been no news about when they’ll actually ship, though.

Canon’s “holy trinity” of RF lenses could be coming this week, these are the rumored prices