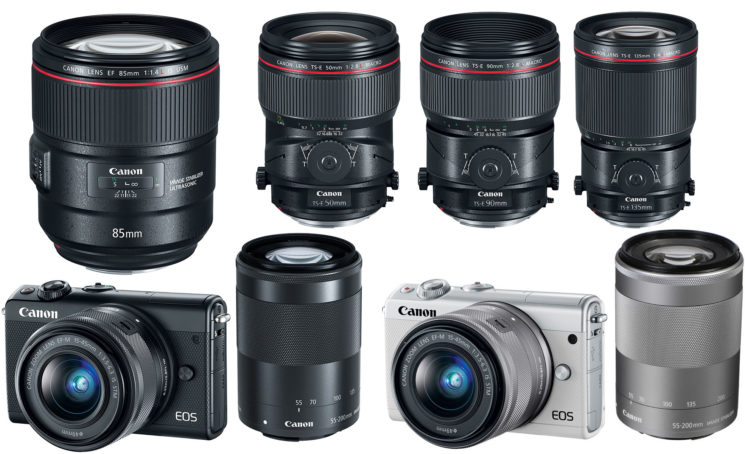 A bunch of new gear announcements from Canon today. First up, the EOS M100 mirrorless camera with an APS-C sized 24.2MP sensor and EF-M lens mount. There’s three new tilt shift macro lenses at 50mm, 90mm and 135mm. A new MT-26EX-RT twin macro flash is also being launched along with the new glass. But the biggest piece of news is the long awaited 85mm f/1.4L IS USM.

Many will see the 85mm f/1.4L as simply an update to the 85mm f/1.2L, but in many ways it’s a very different lens. Losing that third of a stop of light has resulted in a new optical design as well as built in image stabilisation. It’s also supposed to be able to focus much faster with full time manual focus override.

I’ve used Canon’s 85mm f/1.2L a few times in the past, and it’s a gorgeous lens. The slow focusing, and lack of image stabilisation, is a pain. This is the first Canon 85mm lens with built in image stabilisation, and the autofocus seems to be much quicker. The lens seems quite a bit smaller, too. 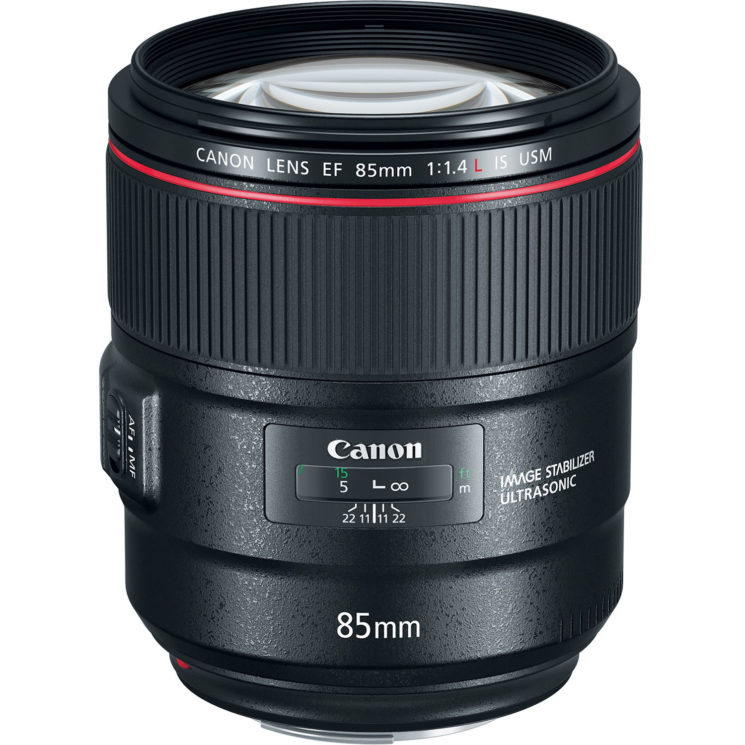 Despite the loss of a third of a stop of light, the built in IS means you can handhold about an extra 4 stops slower than you’d typically use. So, it’s not that much of a worry. A third of a stop isn’t a massive amount. Worst case you can easily bump it in post, but the IS means you don’t have to.

It’s designed for full frame sensors, has an angle of view of about 28° with a 9 blade aperture. The front filter thread is the standard 77mm we’d expect. Despite the slimmer appearance, though, there’s not that much difference between the new f/1.4 (950g) and the venerable 1.2 1025g). They’re both still quite hefty. If weight is a concern, you may be still better going with the 85mm f/1.8 (425g). Of course, you won’t have image stabilisation.

Each of these lenses offers a massive amount of control over traditional “straight” macro lenses. Being able to shift your plane of focus or adjust perspective is a big bonus when working with subjects so closely. I’m very much looking forward to seeing some of the shots people will eventually produce with these, especially the 135mm.

Each of the three lenses is $2,199, so they’re not exactly cheap, but all three are available to pre-order now.

Of course, to use a macro lens effectively, one often needs a macro flash. Either a ring, or a pair of flashes that sit either side of the lens. And Canon have delivered with the new MT-26EX-RT Macro Twin Lite macro flash. It’s been updated with the 2.4Ghz wireless triggering system found in the 600EX II-RT, and has detachable rotating heads for more control.

The manual control lets you knock the power all the way down to 1/512th of maximum output. It also offers high speed sync, which can be extremely handy for macro outdoors in bright sunny conditions. Both flash heads include removable diffusers, and LCD screen for easy settings adjustment.

The MT-26EX-RT Macro Twin Lite is available to pre-order now for $989.

Taking the compact form factor of the EOS M10, the Canon EOS M100 updates it with many EOS M6 features, including the 24.2MP APS-C CMOS sensor. It also contains the updated DIGIC 7 image processor. ISO sensitivity goes up to ISO25600, and offers a maximum shooting speed of 6.1fps with AF locked, or 5fps with AF working full time.

As for video, there’s no 4K, which isn’t really all that surprising. Like the M6, though, it does shoot 1080p Full HD at up to 60 frames per second with dual pixel autofocus. This could be a huge deal for those looking for a small vlogging camera with interchangeable lenses.

It comes in both black and “white” (silver), and sports a 3.0″ 1.04m pixel touchscreen LCD. The M100 also has built in Wi-Fi, NFC and Bluetooth to talk with your mobile devices for quick online sharing.

A whole lot of pretty cool announcements. The tilt-shift macros aren’t exactly going to be a mainstream standard lens, but very interesting for the macro addicts out there. The 85mm f/1.4L IS USM, though has been long awaited. Something to give a wider aperture and sharper results than the f/1.8, faster focusing than the f/1.2 with built in image stabilisation.

« Nikon apologises for pre-order delays due to being sold out of the new D850
The first review of the Godox A1 mobile phone flash trigger is out, and it looks quite good »