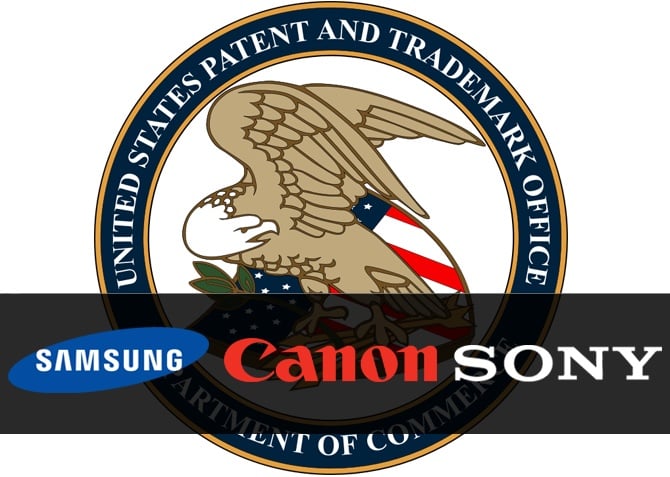 2015 was a good year for Canon. Not only did it release the record-breaking 50MP 5Ds and 5Ds R DSLR cameras, it also broke its own record for the highest number of patents the company was granted in one year.

Canon also maintained its top spot among Japanese companies, and has marked its 30th consecutive year as a top five U.S. patent holder.

Samsung Electronics held on to 2nd place, despite the continued rumors about it shutting down its camera business.

Thanks to its 4,134 approved patent requests, Canon was ranked first among Japanese companies in the IFI CLAIMS’ Top 50 US Patent Assignees list.

The number of Canon’s approved patents has increased every year since at least 2007, and the 2015 runner-up amongst Japanese companies (Toshiba with 2,627 patents) would have to travel back in time to 2010 or earlier to dethrone the undisputed Japanese king of patents.

Canon has been occupying this spot very comfortably for the past 11 years, and it seems very likely that next year will be no different. 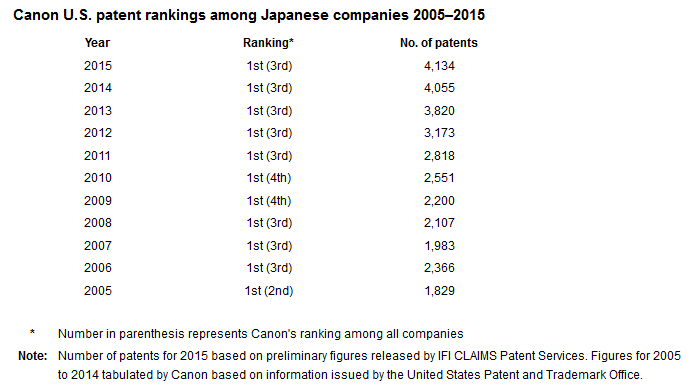 Sony, with all the magnificent new technology it’s been releasing, came in 3rd among Japanese companies and 7th overall.

For those wondering, the 1st spot belongs to International Business Machines Corp, or in its more common name – IBM, with 7,355 patents.

It’s important to note, however, that the patents awarded to Canon are not all related to imaging or photography, while Samsung Electronics’ patents are at least related to consumer electronics and do not consist of all patents granted to Samsung’s various divisions.

“Research and development play a vital role to the innovation and growth of our company. As a top leader in patents year after year, we continue to provide advanced technologies and solutions to our customers and are able to strengthen our position in new markets,” said Seymour Liebman, executive vice president, chief administrative officer and general counsel, Canon U.S.A., Inc.

The question is whether Canon and Samsung are using these patents to manufacture the best products they possibly can, or are some of them simply intended to slow down competition?