After some guessing and speculations, Canon has now officially launched Canon EF-S 35mm f/2.8 Macro IS STM lens. According to the test shots and videos, it makes really great images, and it’s quite versatile. Along with the macro, they have also released a new compact camera, Canon PowerShot SX730 HS. It’s the follow-up to the SX720, and another light and compact travel camera. So let us tell you more about both of them. 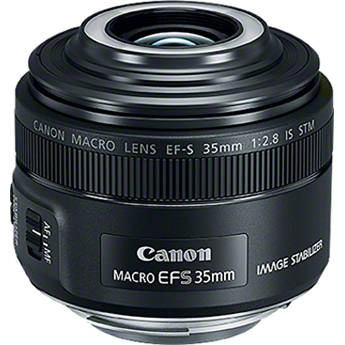 This lens is designed for APS-C-format DSLRs, offering a 56mm-equivalent focal length. It has a life-size 1:1 maximum magnification and a 5.1″ minimum focusing distance. It has a built-in Macro Lite LED on the front of the lens, which provides additional illumination to close-up subjects. It has several modes, and you can configure it to illuminate only the right, the left, or both sides. It also allows you to adjust the brightness.

Even though it’s a macro lens, you can step back and take portraits with it as well. We’ve found a test video from Adorama, where you can see this lens in action for taking macro photos, videos, and even portraits. From what I can see in a YouTube video, Canon EF-S 35mm f/2.8 makes very sharp images. Take a look for yourself:

Here are more detailed specs of the lens:

The price of Canon EF-S 35mm f/2.8 is not available yet. However, rumor has it that it will be around $450. The official price will be announced soon, and the shipping is expected to begin in late May 2017. 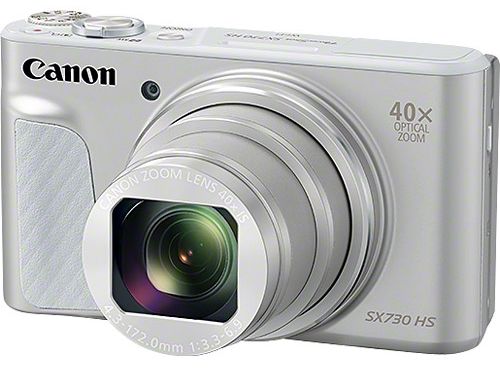 As I mentioned in the intro, Canon SX730 is a follow-up to the previous model. As a matter of fact, it’s maybe a bit too similar to the previous model. It offers 20.3MP 1/2.3″ CMOS Sensor, 40x optical zoom lens, or 24-960mm (35mm equivalent). Video is full HD 1080p at 60 fps, which is not so impressive for today’s standards. The only prominent differences are that the SX730 has a 180° tilting LCD screen, and fewer exposure modes.

Even the price is similar to the previous model. You can get the Canon SX730 for $399, $50 more than its predecessor. You can choose between two colors, silver and black. It’s available for preorders now and expected to ship in June 2017. Here are the full specs: