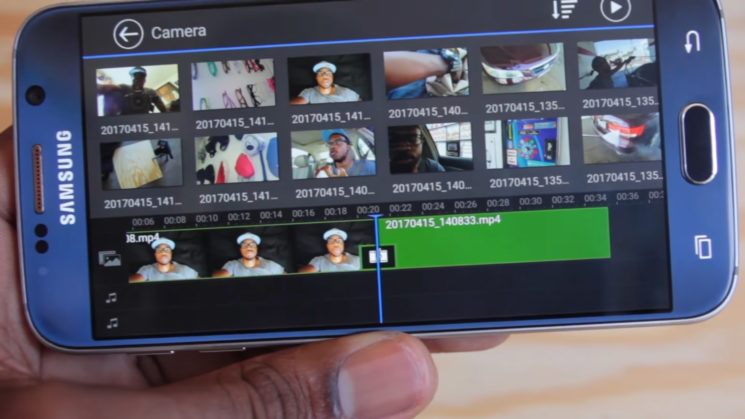 Smartphone video often seems to get neglected. Even here on DIYP. We post a bit about smartphone photography, but little about shooting video with a phone. And it’s something many of us do, even if just for social media. Or, we shoot clips we shoot to edit on the computer alongside other footage. I’ve even used my own iPhone with a Zhiyun Smooth-C gimbal to shoot b-roll for interviews and reviews.

But what if you just want to shoot and edit something quick from within your phone itself? There are options out there. And they work rather well, too. In this video, Darious Britt shows us three mobile apps we an use to edit our videos on the move. And while they’re not as fully featured as something like Premiere Pro or DaVinci Resolve, they work very well.

The biggest challenge to editing a video on your phone is the interface. When you look at desktop editing applications, for the first time, the number  buttons, dials and sliders to click is overwhelming. Phones simply don’t have the screenspace, nor the input precision. Using a finger on your phone is like taking a sledgehammer to a computer monitor. It’s not exactly a precision pointer.

So, by comparison they can seem fairly limited. Although they’ll often do the job just fine. It’s not like you’re trying to recreate Hollywood here. Darious shows us three different mobile video editing apps, and they each of their strengths and weaknesses. 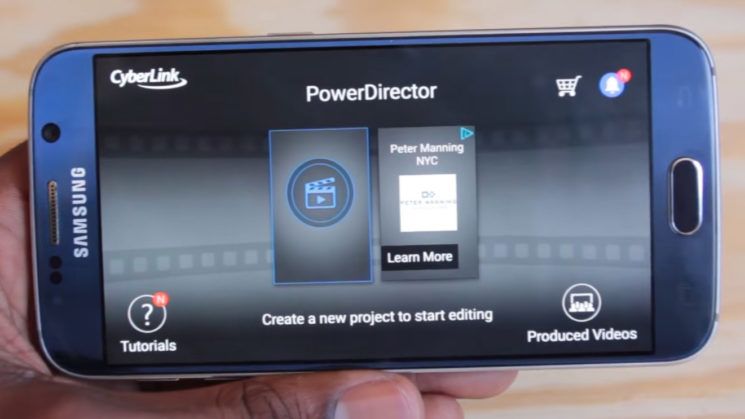 Because the UI is pretty basic compared to the desktop, PowerDirector is mostly kept to the bare minimum of essentials. But there are a few gimmicky extras like filters. They’re there because many people have come to expect them (thanks to things like Instagram). But you can add titles, overlay images, add music, and use clip transitions. You can even make your own closing title credits and do voiceovers. 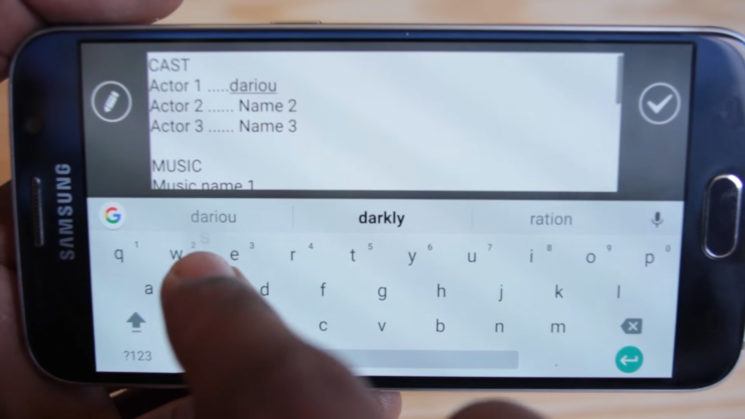 I’ve actually had PowerDirector installed on my Nexus 7 for a while now, and it is rather good. Mostly I use it for editing out quick clips shot on action cameras and DSLRs to go to Instagram or Facebook. Quick behind the scenes sequences I can upload while still on location. And it works really well.

You do have to upgrade to the “Pro” version to lose the watermark. But it’s only around $6, and well worth it if you plan to use your Android device a lot for this kind of stuff. For Android, it’s probably the best one I’ve tried, personally. 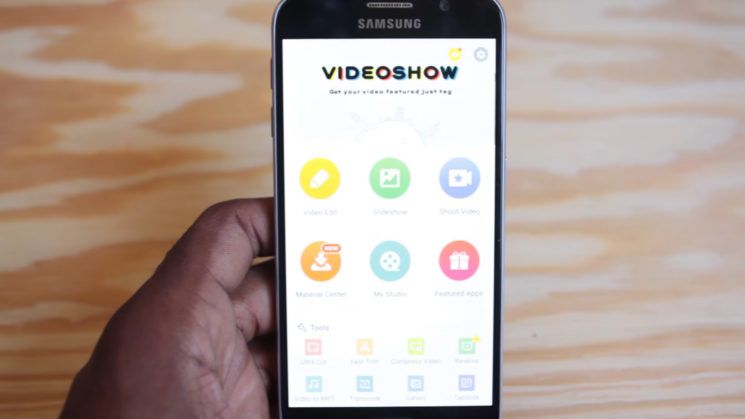 Unlike PowerDirector, VideoShow is available for iOS as well as Android. The interface is somewhat different, although offers similar overall features. But, it only works when the phone is in portrait orientation. It doesn’t rotate with your screen to offer you a larger view of your video. This is definitely going to be off-putting to some users, especially if you’re using phones with pretty small screens like the iPhone SE. 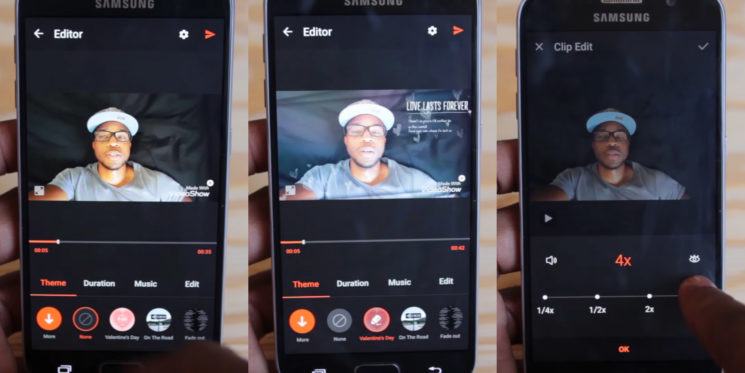 It has the expected titles, transitions, filters, music features, but it also offers animated overlay effects that sit on top of your video. Such as lightning strikes.

The app also includes “Themes”. Essentially they’re preset intro templates with overlays that you just slot video into. Then it renders the final thing for you. One neat feature this app does have, though, is the ability to speed up and slow down clips. Handy if you want to incorporate a little timelapse, but it doesn’t do it on-the-fly. You need to wait for it to transcode.

Again, if you want to lose the watermark, you have to upgrade to the “Pro” version. This isn’t a one-off fee, it’s a subscription. But, it’s only $3-4 a year. 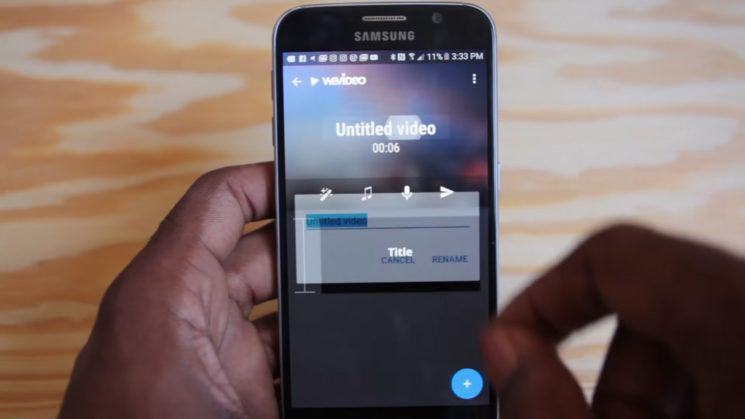 WeVideo is the final app Darious looks at. It has a similar UI to VideoShow – in the sense the UI is portrait only. It does allow horizontal playback of the video clips, though. It offers many of the same features, including themes, although they seem a little more polished on WeVideo – even if they are a little over the top. 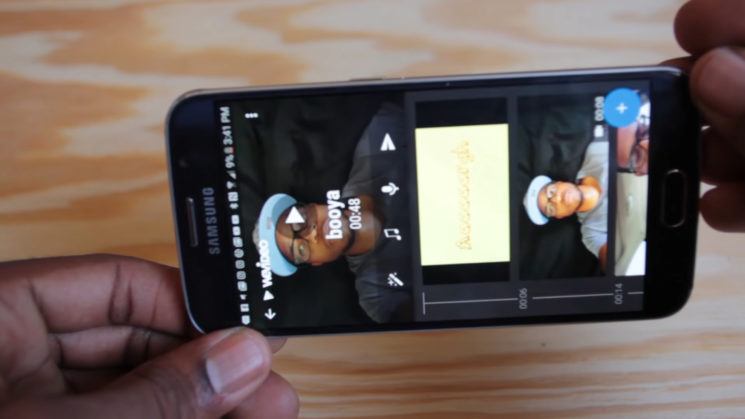 Again you can add music, titles, you can trim clips, and you can record voiceovers on top of your clips. One thing Darious did point out was that he couldn’t find any video transitions in this app. It may not have them, but if it does, they just make them extremely difficult to find. I’d play it safe and assume it doesn’t have any. So, you’d better be happy with just straight up cuts.

And, yes, you’ve guessed it. To get full HD with no watermark, you’ll need to pay for the “Premium” version, which starts from $3.99.

Ultimately, Darious believes that PowerDirector feels the closest to a traditional editing app. And I have to agree. It’s a much more intuitive UI, although a few bits do take some getting used to.

He also felt it was worth mentioning that all three apps will allow you to shoot video from within the app itself. Personally, though, I’d just get FiLMiC Pro.

His point to this whole comparison, though, was to prove that it could be done. There’s really no excuse to not get out there to film and edit your own videos. If you can’t get the tools you want, use the ones you already have.

Palitra is a compact companion to your graphic tablet