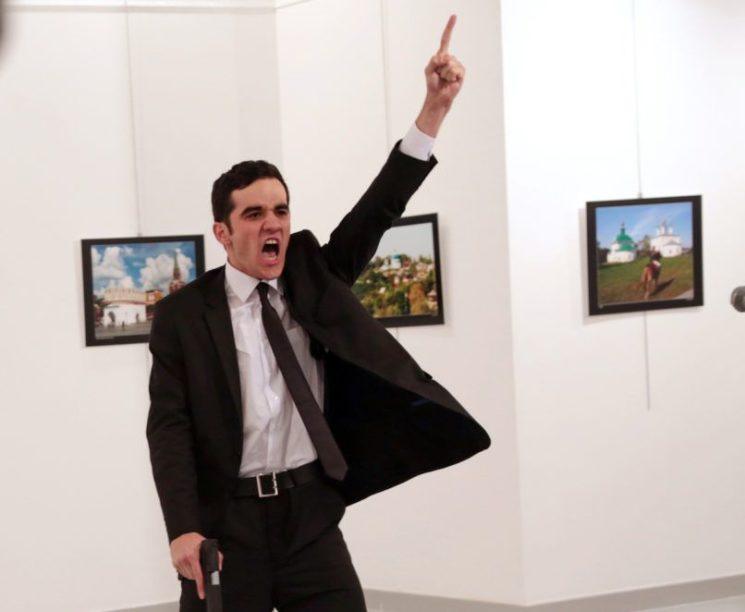 Burhan Ozbilici, the photographer who documented the assassination of Russian Ambassador to Turkey, won the World Press Photo of the Year. On December 19, 2016, he was at an exhibition opening in Ankara, when the incident occurred. As he said back then, he was only doing his job.  As the crowd started panicking, Ozbilici remained calm and documented what he witnessed. The photo went viral almost instantly and the reactions were different and pretty intense.

An Iconic Photograph of an Assassination Is the World Press Photo of the Year: https://t.co/nQSqlIKXxg pic.twitter.com/GWUcXtfMZI

Although Ozbilici’s photo went viral, caused strong reactions and eventually brought him the World Press Photo of the Year, he wasn’t even working when he made it. He met with a friend in an art gallery in Ankara, only 150m from his home. The exhibition represented photos from Russia. So the Russian ambassador at the time, Andrei Karlov, was giving a speech. Ozbilici thought it would be good to bring the camera and document the event even off work.

Of course, he’d never thought he would witness a murder. As the Russian ambassador was giving the speech, Turkish policeman Mevlüt Mert Altıntaş shot him dead. Everyone began to panic, but as Ozbilici says, he understood this was a very important incident. He realized running away was not the solution, so he decided to remain calm and keep taking photos.

Ozbilici ended up taking around 100 photos. The incident ended by the police shooting Altıntaş, and nobody else was hurt. The reporter went straight to his office and sent the photos to Associated Press. As he claims, he didn’t think about “how people might distribute it in social media, or how they might use it”:

“I didn’t pay any attention to that, I was trying to do my work. The assassination was of course political but I am not about this, I am only a journalist. I am trying to record, to document, to witness history.”

He says that his goal is to represent independent journalism and have the freedom of reporting whatever he wants. He felt a big responsibility at the scene of murder in December, and he believes it’s important that he was able to document the incident.

“I had the gunman in my face and of course it was risky, but I also had the freedom to do whatever I wanted, no one would block me or stop me. Freedom is the first value in my life.”

This photo definitely did mark last year and it caused a lot of stir. I believe Ozbilici was only doing his job, and probably most photojournalists would do the same. What do you think? Do you agree with the choice of this photo for World Press Photo of the Year?