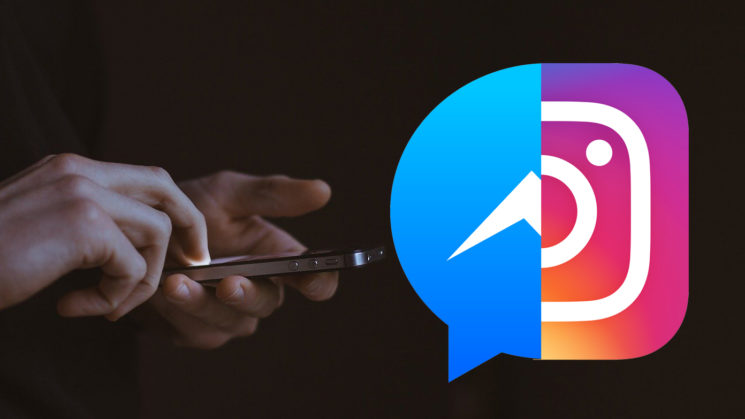 It’s been almost two years since it was first reported that Facebook plans to merge Messenger, WhatsApp, and Instagram DMs. And now, some users have noticed that the latest Instagram update shows them a Messenger logo, so the big merger is apparently being rolled out.

A few editors at The Verge noticed that there’s now an update screen popping up in Instagram’s mobile app, reading that there is there’s now “a new way to message on Instagram.” There’s a list of new features, but the major one is: “chat with friends who use Facebook.”

The pop-up screen itself shows both an Instagram and a Messenger logo. And when you update the app, you’ll see a Facebook Messenger logo instead of the Instagram DM icon in the top right corner. The Verge writes that the chat is also more colorful than before, which is one of the features listed in the pop-up screen. “However, at least for right now, it’s still not possible to message Facebook users from Instagram” the source adds.

Facebook bought Instagram for $1 billion way back in 2012 and WhatsApp two years later for $16 billion. The plan to merge the messaging within the three apps was revealed at the beginning of last year, and it’s likely made to compete with Apple’s iMessage. Mark Zuckerberg said back then that the system would be end-to-end encrypted. The plan has, however, caused some privacy concerns. Facebook hasn’t really been respecting users’ privacy and they’ve had more than one case of suspicious “bugs” that made users worried.

Personally, I still haven’t noticed any changes in either Instagram or WhatsApp. Perhaps the change being rolled out only in the US for now. Facebook still hasn’t made any official announcements and has refused to comment. But when we know more, we’ll let you know.